Opinion Courts give no rights guarantees

Australian advocates of a Bill of Rights might want to consider a recent court judgment from the European Court of Human Rights in Strasbourg, law academic Fergal Davis warns. 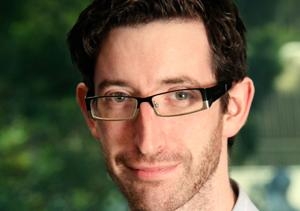 OPINION: Australian advocates of a Bill of Rights might want to consider a recent court judgment from the European Court of Human Rights in Strasbourg.

Last week the court found – in relation to 2001 protests in London - that forcibly holding thousands of people at the one time with no access to food, water or toilets for up to seven hours is not a deprivation of liberty.

Not only does the judgment set a worrying precedent, the case demonstrates the weakness of relying on court-based solutions to rights infringements.

The May Day demonstrations across London in 2001 were promoted as "May Day Monopoly". Protests were arranged in a variety of locations in a parody of the well-known board game. The protesters did not have any single message - rather they were drawn from a variety of groups anarchists, anti-capitalists, environmentalists and others.

The organisers had not made any attempts to contact the police or seek authorisation for the demonstrations. Protesters converged on locations across the city and by 2.00pm thousands had descended on Oxford Circus - a main thoroughfare of London.

The London Metropolitan Police were concerned that a minority of protesters would engage in violent acts. To counter that risk they employed a tactic known as "kettling" to contain the protests. Essentially, the police corralled the protesters to prevent the spread of violence and damage to property.

Approximately 3,000 people were "kettled" in Oxford Circus for up to seven hours. There was space to walk around within the cordon but there were no food, water, shelter or toilet facilities.

Four of those kettled challenged the legality of their detention before the European Court of Human Rights in a case known as Austin v the United Kingdom. Two of the four were Australians, George Black and Bronwyn Lowenthal, who'd been caught up in the cordon even though they were not involved in the May Day Protests. Black was attempting to visit a book shop on Oxford Street when police diverted him into Oxford Circus. Lowenthal had nipped out for lunch when she found herself similarly held. They were joined in their case by two UK applicants: Peter O'Shea who was also lunching when he got caught up in the cordon and Lois Austin, the only one of the four to have been actually protesting.

On March 15 this year Europe's highest human rights arbiter gave its judgment. Surprisingly, the Court held that restraining innocent people in such uncomfortable conditions for a period of up to seven hours did not amount to a deprivation of liberty. The Court felt unable to identify a moment at which a restriction on the freedom of movement could have transformed into a deprivation of liberty.

In particular the Court noted that within five minutes of imposing the cordon, the police were planning for a controlled dispersal of the crowd. The Court accepted the police contention that they were unable to release individuals because of the violent actions of a significant minority, within and outside the cordon.

In legalese the Court decided kettling is lawful if it is done proportionately. In reaching that conclusion the Court used a rolling logic: the initial justification for the cordon was to prevent violence and disorder. The police were willing to lift the cordon once that threat had passed. However, whenever they attempted to release individuals it gave rise to violence and disorder, thereby justifying the continued imposition of the cordon.

In other words, once established the necessity for maintaining the cordon became self-fulfilling.

The ruling has effectively legitimised the tactic of kettling and stifled debate on what other methods might be available to police.

This judgment stands as a warning to those who advocate a judicially-enforceable Bill of Rights for Australia. The formalisation of rights as a set of rules capable of being interpreted by a court of law leaves them open to the kind of legal interpretation employed by the European Court of Human Rights.

A common sense interpretation would accept that "kettling" is a deprivation of liberty. However, the court stretched the ordinary meaning of the words to their limit in order to avoid that "legal" conclusion.

The scramble for an Australian Bill of Rights in some quarters ignores the potential for politics to protect human rights. To the pollies the question does not hinge on a legalistic interpretation of the phrase "deprivation of liberty". Instead it focuses on whether or not holding people in such circumstances is tolerable. Or to put it another way: how will this play with the voters?

If our friends and neighbours, sons and daughters were held in a police kettle would we accept it? Or would we demand an inquiry, an explanation, a head on the block?

People might decide that the threat was such that the police had little choice. Or, as seems more likely, they might conclude that "kettling" is bad policing. In an attempt to avoid public disorder it creates a situation which invites ongoing public disorder, and it does so while forcing innocent people to endure extreme discomfort.

The decision shows that rights are not always protected by Bills of Rights or courts, domestic or international. An Australian Bill of Rights will not secure Australian rights any more than the European Convention has in the UK.

In truth, to be effectively secured, rights need to be ingrained in the culture of a nation.

Human rights require politicians, the police and the public to value individual liberty enough that they would never countenance detaining 3,000 people on the basis that a small number might engage in violence.

Is this the case in Australia? That's something you might want to ponder next time you pop out for a bite to eat or to buy a book.

Dr Fergal Davis is a senior lecturer in the Faculty of Law at UNSW and a member of the  ARC Laureate Fellowship: Anti-Terror Laws and the Democratic Challenge Project in the Gilbert + Tobin Centre of Public Law.

This article first appeared in The Drum.