Opinion E-information at risk of discovery

The ubiquity of electronically stored information, such as email, has created an increased risk that material exempt from discovery due to client legal privilege will not be properly protected, writes Michael Legg. 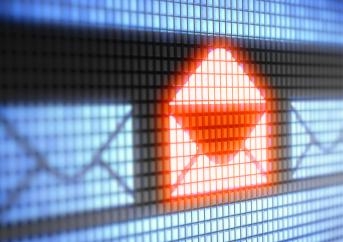 OPINION: The ubiquity of electronically stored information, such as email, has created an increased risk that material exempt from discovery due to client legal privilege will not be properly protected.

Consequently the cost and burden of performing a comprehensive review to identify privileged documents is significant.

If the process of discovery, with the necessary inclusion of a privilege review, is to proceed efficiently there must be innovation in the law which allows for the protection of the privilege without exorbitant cost. The High Court's decision last week in a case known as Expense Reduction Analysts Group Pty Ltd v Armstrong Strategic Management and Marketing Pty Limited offers an opportunity for a more streamlined approach to privilege review.

Before ESI, there was a general expectation that every potentially relevant document would be reviewed for privilege before its discovery. This approach is impossible in many large cases. As a result, it is becoming increasingly necessary for legal practitioners to rely on technology to identify potentially privileged documents. However, available technological solutions are not fool-proof and errors can occur.

The US introduced Rule 502 of the Federal Rules of Evidence to reduce the burden of a privilege review by encouraging the front-end agreement between the parties as to an accepted review procedure.

Another arrangement is referred to as a "claw back" agreement where the parties agree to produce material in the usual manner without any intention that privilege be waived.

If a privileged document is inadvertently produced it is returned and cannot be used in the litigation. However, there must be a federal court order endorsing the agreement for the parties to take comfort that such procedures will not result in waiver.

The Supreme Court's innovation would seem to encourage claw back and quick peek agreements as well as other approaches that sought to promote an efficient privilege review.

The problem with the Supreme Court approach is that lawyers have been reluctant to use the procedures for fear of losing privilege through waiver.

In the Expense Reduction case the High Court found that the mistaken disclosure of privileged documents did not raise the prospect of waiver and the documents should have been returned.

The High Court relied on discovery being subject to regulation by the court - parties have the right to bring proceedings in the court, but "the conduct of those proceedings is firmly in the hands of the court".

Moreover, the overriding purpose of facilitating "the just, quick and cheap resolution of the real issues" in the dispute applied to the process of discovery.

It is a small step to go from avoiding satellite litigation when privileged documents are mistakenly disclosed in the discovery process to adopting a privilege review process at the front-end that facilitates the resolution of the real issues in the dispute.

The High Court's reasoning demonstrates that the Supreme Court has adequate powers to deal with inadvertent disclosure, and is given guidance as to how such an occurrence should be dealt with by reference to the overriding purpose.

Facilitation of an efficient review of privileged documents is clearly a matter for case management.

Australian courts should require the parties to agree on an approach to privilege review, such as a claw back or quick peek agreement and specify how inadvertent disclosure of privileged documents is to be addressed.

A case management conference with a judge or registrar present may be the best way to facilitate the necessary discussion.

On the basis of the High Court's reasoning no issue of waiver of privilege should apply as the parties will specify clearly in the without prejudice agreement that they do not intend to waive privilege and further, the agreement is aimed at facilitating an efficient process for claiming privilege so that no inconsistency with the privilege will arise.

Any mistaken provision of a privileged document (by human or machine) can be addressed by agreeing beforehand that confidentiality over the document is to be maintained, no use of the document is permitted and the prompt return of such documents is required.

The US approach of adopting rules of evidence would seem to be unnecessary as Australian courts' case management powers are sufficient for dealing with the issue. The cost of discovery could be reduced while maintaining the important immunity provided by client legal privilege.

Michael Legg is an Associate Professor in the Centre for Law, Markets and Regulation at UNSW.