The Gillard government must act swiftly to educate the public if a referendum to allow federal funding of local councils is to succeed this year, argues Professor George Williams. 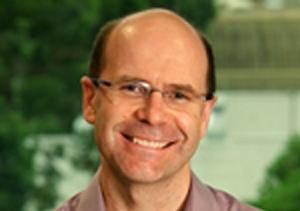 OPINION: Last Thursday, a federal parliamentary committee recommended that Australia hold a referendum on local government at this year's federal election. This would be the first ballot to change the constitution since 1999, when the people voted no to becoming a republic.

The committee recommended that Australians vote on adding new words to the constitution to enable the Commonwealth to grant money directly to local government.

Coalition members dissented. They supported the change, but doubted that there remains sufficient time this year to run the referendum successfully.

The referendum has been on the cards for some years due to High Court decisions that have imposed major new limits on federal spending. It is likely that even a successful federal scheme for councils such as the Roads to Recovery program would be struck down if challenged in court.

These court decisions do not stop the Commonwealth from providing money to councils via the states. However, this course will not always be available. For example, federal payments for local infrastructure had to be made with great urgency during the global financial crisis. It is also a political reality that federal politicians are unlikely to fund some local initiatives unless they can get the credit for doing so directly.

Councils need full access to federal funds. Their finances are stretched, in some cases to breaking point. They have relatively few sources of revenue compared to the responsibilities imposed upon them.

The constitutional fix would be straightforward. Section 96 already provides that the Commonwealth can give money to the states on such terms and conditions as it thinks fit.

An expert panel appointed by the Gillard government recommended in December 2011 that words be added to section 96 to permit money to be granted to local government. They also proposed that the change reaffirm the role of the states and territories in creating councils in the first place. The change has merit. However, securing a yes vote at a referendum remains a formidable task. Only eight of 44 referendums have succeeded, and none since 1977.

To have a realistic chance of success, the referendum should not be pitched as a vote on recognising local government. People are very unlikely to back such a vague and uncertain idea.

Instead, Australians should be asked to vote yes to fix the problem that is undermining local services and community infrastructure. They should be asked to endorse current and future federal funding for roads, libraries, parks, sporting facilities and child-care centres.

A referendum succeeded on a like basis in 1946. It ran as a response to a High Court decision that compromised a national pharmaceutical benefits scheme. Australians voted to restore that scheme and the Commonwealth's ability to provide social services more generally.

Even with bipartisan support, a referendum in 2013 may not succeed if it attracts strong opposition from the states. Western Australia has already said it is unlikely to support the reform. The WA Premier, Colin Barnett, has expressed concern that it might lessen his own powers over local government.

The wording proposed by the expert panel would not bring this about, but there are other reasons why WA might want to run interference. Whatever the merits, there is a significant political upside for a WA Liberal premier to oppose a measure put by a Labor government in Canberra.

There may be ways to gain support from WA or, more likely, to reach an agreement whereby the state will not be vocal in its opposition. Unfortunately, the Gillard government has not begun such negotiations, despite receiving its own expert panel report more than a year ago.

Negotiating with the states may require creative thinking. A second referendum question might need to be put that provides something of worth to them. The best candidate is a worthwhile fix for another set of High Court decisions that prevent the states from co-operating with the Commonwealth, while retaining their sovereignty and autonomy.

A larger problem is that it is now the eleventh hour and the Gillard government has yet to make the case for the local government referendum. It set up an expert panel and now a parliamentary committee without backing the reform with political leadership and support in public debate. People will understandably vote no unless their leaders explain why the reform is sensible and necessary.

To its credit, last week's parliamentary committee contained some sharp recommendations for the government. It said that federal ministers must ''immediately commence negotiations with state and territory governments'' and release a draft of its change to the constitution by this Thursday. Without such actions, we should forget the idea of a referendum in 2013.

George Williams is UNSW's Anthony Mason Professor of law. He has provided advice to the Australian Local Government Association.

The referendum is coming: but are we ready?