Opinion Federal bill silent on how to handle judicial incapacity

It is disappointing that the importance of maintaining a healthy federal judiciary is not reflected in the current bills before parliament, writes Andrew Lynch. 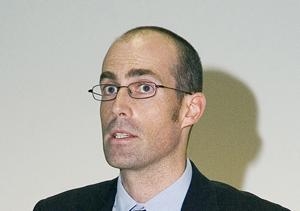 OPINION: There has been much debate on what should be done about House of Representatives Speaker Peter Slipper while serious allegations about his conduct persist.

Coincidentally, how federal judges should be treated when they are similarly under what Julia Gillard refers to as "a dark cloud" is the subject of two bills before federal parliament.

The bills are the Judicial Misbehaviour and Incapacity (Parliamentary Commissions) Bill and the Courts Legislation Amendment (Judicial Complaints) Bill.

Together they aim to provide clear and certain processes for handling complaints about federal judges.

They largely succeed in this aim, but a criticism that can be made of the bills is their failure to expressly address the sensitivities that arise in cases of judicial incapacity.

This weakness is hard to explain given the publicity surrounding moves to remove from the bench some state judicial officers suffering mental illness.

Additionally, the bills show little sign of benefiting from engagement with international protection for persons with disabilities, despite these being embedded in the government's Australian Human Rights Framework.

At present, section 72 of the Constitution alone governs what happens when allegations are made against a member of the federal judiciary. It provides that he or she may be removed by the Governor-General in council only after both houses of parliament are satisfied.

The principle of judicial independence means it should not be easy for governments to force judges off the bench, but the current bills aim to address two perceived deficiencies of section 72.

First, it is hard to argue that either house is an ideal forum to handle allegations of misbehaviour or incapacity exclusively.

There is a lot to be said for creating some anterior process of inquiry to assist the parliament.

But any body established for this purpose cannot go so far as to usurp the parliament's constitutional responsibilities under section 72.

The difficulty of treading that fine line was clear in the drawn-out investigation, through two Senate committee inquiries and then a special parliamentary commission, of allegations of misbehaviour against the late High Court judge Lionel Murphy in the early 1980s.

More importantly, the Murphy affair highlighted the undesirability of having to graft procedures on to the basic parliamentary process after a controversy has flared.

Former Labor minister Duncan Kerr SC, now appointed to the Federal Court of Australia, once expressed his relief that the swift collapse of the allegations of misconduct against High Court judge Michael Kirby in 2002 spared an "unready" parliament from having to debate the issue.

The Parliamentary Commissions Bill will set up a mechanism should the need for it arise. It enables a commission of inquiry with defined powers to be established by both houses of parliament.

Importantly, the commission is not to offer its view on whether grounds for removal have been proved, but merely whether there is evidence on which the houses of parliament could make a decision.

The second problem with section 72 is that it only applies to the most drastic cases.

The government's other bill, the Judicial Complaints Bill, is aimed at complaints about judges who do not warrant removal.

It gives federal court heads powers to handle complaints about judicial officers and to "take any measures" considered "reasonably necessary in order to maintain public confidence in the court, including temporarily restricting the judicial officer to non-sitting duties".

As the bill provides a minimal legislative basis for a more substantial non-legislative framework for internal complaint management devised by the Attorney-General's Department, these statutory powers have been kept vague. Both bills are welcome initiatives, but they reflect a familiar preoccupation with designing processes to investigate misbehaviour.

There is nothing specifically addressing problems of judicial incapacity.

Yet, as experience at state level shows, incidences of incapacity (particularly those of a mental or psychological nature) demand particular attention and care.

They are also, with more than 150 members of the federal judiciary, far more likely to arise than misbehaviour.

The degree to which incapacity has been overlooked in designing the processes under both bills is reflected in the accompanying statements of compatibility with human rights required under the Human Rights (Parliamentary Scrutiny) Act 2011. Despite the UN Convention on the Rights of Persons with Disabilities being included in the scheme established by that act, there is no mention of it in the statements attached to both bills.

The rights of judicial officers against whom complaints are made and action is taken, including removal, on the basis of physical or mental incapacity would certainly include those listed in the convention.

Both statements refer to the right to privacy under the International Covenant on Civil and Political Rights, but not to the corresponding right under article 22 of the convention, which you would think has particular importance when an individual's health or disability is at issue.

Even more relevant is article 27 of the convention, which prohibits discrimination on the basis of disability in key aspects of the employment relationship, including working conditions and termination.

It also requires parties to ensure reasonable accommodation is provided in the workplace to persons with disabilities.

It is disappointing that the importance of maintaining a healthy federal judiciary is not reflected in the current bills.

It is also strange that the government's own human rights statement does not acknowledge that judicial incapacity is a subject that clearly engages the rights of persons with a disability.