Opinion Gay marriage is now only a matter of political will

While the ACT lost this battle, the High Court's decision makes it clear the Australian constitution allows marriage to change over time to include people of the same sex, writes George Williams. 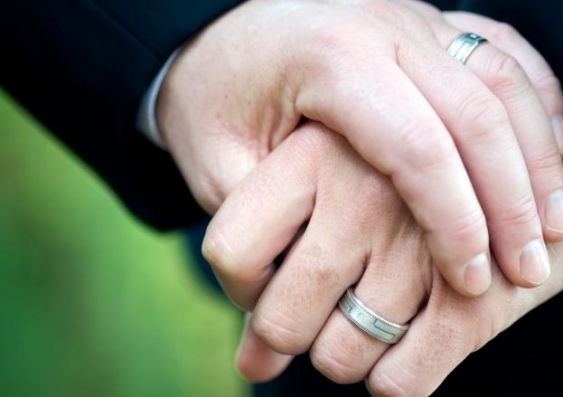 OPINION: The Abbott government got more than it bargained for in having the ACT same-sex marriage law overturned. The High Court provided a surprise in also stating unequivocally that the Federal Parliament can pass such a law. Achieving marriage equality Australia-wide is now only a matter of political will.

Contention had surrounded whether the Federal Parliament could enact a same-sex marriage law. The question hinged on the word ''marriage'' in section 51 of the constitution, which defined the scope of federal power in the area.

The meaning to be given to ''marriage'' exposed two very different ways of interpreting the constitution. On the one hand, the High Court could limit ''marriage'' to being between a man and woman by taking an originalist perspective, that is, by reading the constitution according to the intentions of its framers. Alternatively, the court might take a more liberal approach by allowing the word to evolve.

Opponents of same-sex marriage made much of this lingering constitutional uncertainty. Lawyers for the Preservation of the Definition of Marriage argued for several years that any federal same-sex marriage law would be struck down by the High Court.

They were fortified in their position by speculation by members of the High Court. For example, Justice Michael McHugh had said that ''in 1901 'marriage' was seen as meaning a voluntary union for life between one man and one woman to the exclusion of all others. If that level of abstraction were now accepted, it would deny the Parliament of the Commonwealth the power to legislate for same-sex marriages''.

Several questions were posed for the High Court in the ACT case. None was on whether the federal ''marriage'' power extends to same-sex marriage. The court did not strictly need to deal with this because the case involved a territory, and the Commonwealth has a separate power to regulate any aspect of territory affairs.

The High Court's decision to resolve the matter, and to find that the Federal Parliament can pass a same-sex marriage law, blindsided the opponents of the reform. Despite the outcome of the case, this amounts to a significant victory for Australian Marriage Equality. It intervened in the High Court to put arguments on this point.

No one appeared in the case to put the contrary argument. This was a significant strategic failure on the part of bodies fighting tooth and nail against same-sex marriage, such as Australian Christian Lobby.

Although Australian Marriage Equality lost this battle, the High Court decision will enable it to win the war. It is now clear that the Australian constitution allows marriage to change over time to include people of the same sex.

The legal barriers have been removed, but it remains doubtful that Australia will gain a national law legalising same-sex marriage during the current Parliament. Even if a conscience vote is granted, it is unlikely enough Coalition members will support the change.

One of the problems facing the ACT was its law was not drafted in a form that gave it the best chance of success. It was crafted explicitly as a marriage equality measure, not as a law that established an entirely separate form of same-sex marriage at the territory level.

Problems with the ACT law were apparent before the High Court decision. Hence, the view of leading NSW barrister Bret Walker, SC, was that the ACT law was invalid, but that a differently drafted law could survive constitutional attack.

The High Court decision to strike down the ACT law makes it more difficult for a state or territory to legislate in the area. But it remains open for them to try. They might take heart from where state laws have been struck down, only to survive subsequent High Court challenge after being redrafted. A recent example is control orders on bikies. South Australia's law was struck down by the High Court in 2010, as was a NSW law in 2011. The laws were redrafted, and in 2013 Queensland had its law upheld.

Moves are already afoot to pass a differently drafted same-sex marriage law at the state level. They began last week in the West Australian Parliament when a same-sex marriage bill was introduced. That bill avoids the drafting problems of the ACT law. Such attempts will no doubt continue until Australia finally achieves a national marriage equality law.