The manipulation of an English legal doctrine to repress South Africa's striking miners is a grotesque irony in a post-apartheid democracy, writes Andrea Durbach. 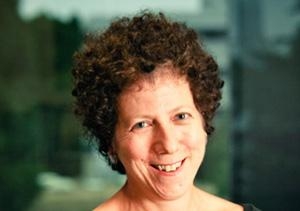 OPINION: The manipulation of an English legal doctrine to repress South Africa's striking miners is a grotesque irony in a post-apartheid democracy.

Despite the release over the weekend of the 270 striking miners held on distorted murder charges, there is little space for relief if the doctrine can be invoked to serve unjust ends.

The legal principle at the centre of turmoil which followed the shootings of striking miners by South African security forces at the Lonmin platinum mine in mid-August is, in itself, arguably sound.

Prosecutors most often rely on the common purpose doctrine when a group of individuals plan an unlawful enterprise, like a bank robbery during which a bank teller is harmed. The doctrine makes every participant potentially responsible for the all the consequences of the group's action, including the shooting of a teller, regardless of who fired the gun.

The murder charges against the 270 striking miners relied on their supposed common purpose with the South African security forces – none of whom have been similarly charged – who shot and killed 34 miners and injured scores more.

Most disturbingly, South Africa's National Prosecuting Authority (NPA) made it clear the dropping of the murder charges was "provisional" and that the doctrine "continues to remain relevant and applicable in [South Africa's] democratic dispensation". The NPA however confirmed that other "provisional" charges will remain.  These include attempted murder charges targeting the miners, and public violence.

In 1988, I represented 25 black South Africans caught up in a riot that led to the brutal killing of a black policeman, Lucas Sethwala. The Upington 25, as they were known, included the former mayor of a black township, a male nurse and a couple in their late sixties - a railway worker and domestic servant. They were allegedly part of a crowd of some 3,000 people who gathered on a soccer field to peacefully protest the brutal daily manifestations of apartheid. The police declared the meeting unlawful and fired teargas canisters into the crowd to engineer its rapid dispersal. In the subsequent melee, a small group gathered in front of Sethwala's home, shouting slogans and throwing stones. Sethwala fired into the group, paralysing a small boy. He then fled his home, was chased, felled to the ground and burnt to death.

Twenty-six disparate individuals were charged with Sethwala's murder under the common purpose doctrine, including six people who were actually 'fill-ins' at an identity parade. After a two year trial, the Upington Supreme Court convicted 25 accused, reasoning that the act of stone throwing had been done with the shared purpose of driving Sethwala from his home so that he might be killed. No intention to kill was established on behalf of each individual accused. Fourteen of the 25 were sentenced to death. On appeal, 21 of the 25 murder convictions were overturned and all the death sentences commuted. Thankfully, the death penalty was subsequently abolished.

The application of the common purpose doctrine in the case of the Lonmin miners is a far more extreme permutation. The NPA maintained that the miners – protesting working conditions and political failure - demonstrated common cause with the shooting of their colleagues by police, who the Minister of Police has said were acting in self-defence. Some of the miners reportedly had gun-shot wounds in their backs.

At a mining conference in Perth last week, the South African Minister for Mineral Resources, Susan Shabangu, told reporters that the trial of the 270 workers must be allowed to run its course. "We have a clear rule of law in South Africa," she said, "... at the end of the day the courts will decide."

However, the arrest, detention and proposed trial of the miners on murder charges on the basis of the common purpose doctrine was deeply at odds with "a clear rule of law." It suggests the charges were invoked as an insidious warning to other workers who might be pushed to protest working conditions which mirror apartheid practices. Painting the miners as the perpetrators also diverts attention from the conduct of the police.

While the legal process will inevitably run its course following the Commission of Inquiry's findings, Minister Shabangu's focus and that of her government might best be aimed at the dangerous working conditions, inadequate housing and low pay that South African mine-workers continue to bear at the hands of the avaricious and socially careless mining companies, which have exploited the wealth of the country at great cost to human life. Last year, South Africa replaced Brazil as the world's least equal society.

The common purpose doctrine may have been shelved for now, but while it lies dormant it can still be invoked whenever the South African authorities deem it appropriate.

The resurrection of any apartheid-era device escalating conflict over working conditions in South Africa's mines can only undermine the nation's bold struggle to break with a history characterised by "untold suffering and injustice."