Lessons from a life in the law 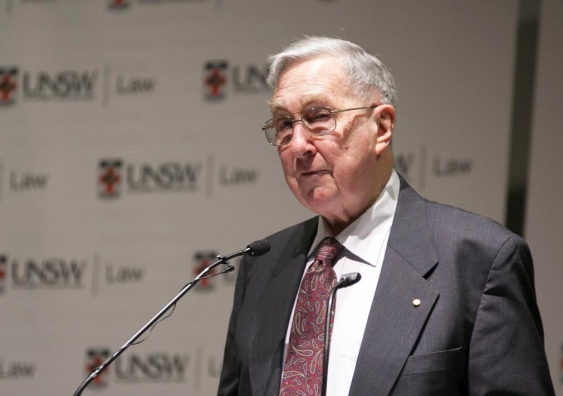 In a wide-ranging speech Lessons from a Life in the Law, Sir Gerard warned that there was no room in Australia to introduce sharia law as a parallel legal system, arguing the idea was “misconceived”.

He said any move to create legal “pluralism” could undermine the cohesiveness of Australia’s multicultural society.

‘‘There have been some suggestions that, following the growth of Islam in Australia, there is room for a pluralistic legal system, a system in which at least some parts of Islamic sharia law might operate as part of Australian law and in parallel with the common law system . . . that suggestion seems to me to be misconceived,’’ Sir Gerard said.

“A Muslim is free to adhere to the beliefs, customs and practices prescribed by sharia law insofar as they are consistent with the general law in force in this country,” he said. However, “no court could apply and no government could administer two parallel systems of law, especially if they reflect, as they inevitably would reflect, different fundamental standards”.

Sir Gerard also defended the role of the jury in the modern legal system.

“The collective wisdom of twelve jurors and the innate sense of fairness in our people is a solid bastion against injustice.  After some experience in criminal cases, I recall only one instance of a jury whose verdict I suspected.

“To be sure, there can be miscarriages of justice but, when it comes to the determination of the ultimate issues in a trial, the wisdom born of the various life experiences of twelve jurors is likely to be greater than the wisdom of a single judge, however experienced and learned the judge may be,” Sir Gerard said.

When politics and the law intersect