Opinion Manus Island: the end does not justify the means

While Australia might "contract out" the processing of asylum seekers to other countries, it cannot "contract out" its legal responsibilities towards them, writes Jane McAdam. 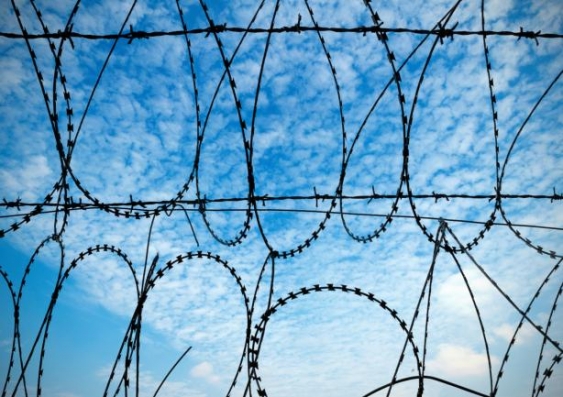 OPINION: The Australian government cannot duck and weave and imply that events on Manus Island involving asylum seekers were lawless acts over which it had no control. A policy aimed at “stopping the boats” does not operate in a vacuum: it is circumscribed by international legal obligations into which Australia has freely entered. While we might “contract out” the processing of asylum seekers to other countries, we cannot “contract out” those legal obligations.

Under international law, Australia retains responsibility for what happens on Manus Island, and remains jointly and severally liable with Papua New Guinea for any human rights violations that occur. This is known as the law of state responsibility. We can share responsibility, but we can’t devolve it.

Even though what happened last week was not part of our agreement with PNG, from a state responsibility perspective that’s immaterial. We remain responsible even if the other country goes beyond what it was asked to do. In other words, we can’t have our cake and eat it too.

Quite aside from Australia’s responsibility for what went on in the detention centre itself, the events raise a more fundamental question. Is it lawful for Australia to send asylum seekers to PNG at all?

A duty to protect people from harm

International human rights law prohibits Australia from sending people to places where they are at risk of death, torture or cruel, inhuman or degrading treatment or punishment. Immigration minister Scott Morrison recently affirmed that Australia remains committed to that obligation. That makes it very difficult to see how Australia could continue justifying sending asylum seekers to Manus Island.

This obligation also sets a minimum bar for other proposals on the table – such assending asylum seekers to Cambodia. This impoverished country has demonstrated little respect for refugee law in the past, returning asylum seekers to persecution and possibly even death. International law makes very clear that a country may not transfer an asylum seeker to another country unless the conditions there meet certain human rights standards.

In 2011, the European Court of Human Rights found that Belgium had violated its non-removal obligations by returning an asylum seeker to Greece. This was because, in doing so, Belgium:

… knowingly exposed him to conditions of detention and living conditions that amounted to degrading treatment.

The appalling conditions for asylum seekers in Greece, the court stated:

… were well known before the transfer of the applicant and were freely ascertainable from a wide number of sources.

Human rights and refugee experts have long expressed concerns that the conditions in detention do not meet minimum standards. Following its monitoring visit to Manus Island in October 2013, the UN High Commissioner for Refugees (UNHCR) concluded that:

… the current policies, operational approaches and harsh physical conditions … do not comply with international standards.

The UNHCR report found, among other things, that holding asylum seekers on Manus Island constituted arbitrary and mandatory detention under international law. The detention centre also did not provide safe or humane living conditions.

No security in PNG

Based on UNHCR’s first-hand experience in PNG over a 30-year period, it expressed concern about high levels of violent crime, often directed at foreigners. The UNHCR noted that asylum seekers and refugees were especially vulnerable to xenophobia and racism among the local population.

There is a real risk that gay asylum seekers could be persecuted on the basis of their sexuality in PNG. As such, Australia’s transfer of them to Manus Island would constitute refoulement in breach of our international legal obligations.

Furthermore, asylum seekers who have fled persecution in their country of origin on account of homosexuality may be too scared to articulate that claim within PNG. That would jeopardise the possibility of being recognised as refugees and receiving the protection they are owed.

Australian prime minister Tony Abbott has said that we don’t want a wimp defending our borders. But nor do we want blood on our hands. As the European Court of Human Rights has stated:

… the end does not justify the use of no matter what means.