Opinion Money trail is the best lead in fight against terror

Australia's efforts against terrorist activities would be better served by improving our understanding of how terrorism itself is financed, writes Stephen Dametto. 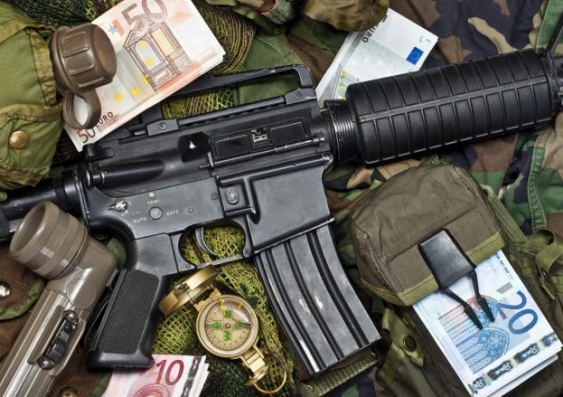 OPINION: Australia's efforts against terrorist activities would be better served by improving our understanding of how terrorism itself is financed and being vigilant  in stopping it.

Money is the lifeblood of any potential terrorist act, and there can be no terrorism without money. Terrorists need funds, not only to carry out attacks, but also to promote militant ideologies, train new members, pay operatives, acquire weapons and sometimes carry out ostensibly legitimate activities to provide a veil of legitimacy for essentially terrorist organisations and terrorist activities.

There has been revealing commentary by extremists in the past about the importance of financial assistance, stating that jihad around the world is in dire need of financial support. They have urged bombers in the West to take it upon themselves to give this issue priority in their plans.

There are several difficulties in countering the financing of terrorism, the main one being that while money laundering comes from illegitimate activity (and is therefore easier to detect because law enforcement officials, financial intelligence units and the private sector are generally on the look-out for it), terrorists can raise funds from ostensibly legitimate activities. These can include charitable contributions, salaries, sale of assets or even welfare benefits.  Other sources of money can be from state sponsorship and popular support amongst communities.

In other words, in the case of counter-terrorism financing, the source can appear quite legitimate, and therein lies one major problem.

Further complicating matters is that the amount of money it takes to fund a terrorist act does not necessarily have to be large. It will vary according to the strategies and methods adopted by the terrorists. Whereas some will have major projects (such as the acquisition of sophisticated weaponry, recruitment or the provision of welfare to their supporters) that require significant long-term funding, others will have more modest financial needs. For example, the bombings on the London Underground on  July 7, 2005, cost less than £8000.

It needs to be highlighted that it is an offence to collect and provide funds for terrorist acts and to terrorist organisations, with penalties up to life imprisonment. There are also various sanctions by the United Nations and Australia that make it illegal to provide any type of support to armed groups. An example is the autonomous sanctions applied by Australia against Syria. However, just how effective these laws are is debatable. As pointed out by recent COAG and Independent National Security Legislation Monitor reviews, it is impossible to determine the effectiveness of legislation criminalising terrorism financing, partly because a presumed preventative effect is by definition not measurable. However, given the limited number of prosecutions, the use of the laws by law enforcement and prosecutors is challenging at the very least.

In truth, there can be no "one measure", and there needs to be a combined effort to really combat the financing of terrorism.

Having said that, one realistic way to combat the financing of terrorism, and therefore terrorist acts themselves, is by better educating and informing our officials, financial investigators and the private sector to gather financial intelligence, be aware of the risk and consistently report perceived risk and abnormal behaviour.

Financial intelligence is typically more reliable than other forms of intelligence. It was financial information that helped law enforcement establish the first links between the hijackers and other conspirators after September 11.

The 2006 airline plot in the United Kingdom was foiled after the UK's National Terrorist Financial Investigations Unit detected large money transfers disguised as "earthquake relief" from a British-based Islamic charity to the three suspected bombers.

At the bomb scenes of the July 2005 bombings on the London Underground, credit cards and other financial data were used to identify the suspects, witnesses and victims. A Barclaycard found at Edgware Road identified Muhammed Siddiq Khan, one of the suicide bombers, and led investigators to start to identify the group involved.

Advances in banking technologies and corporate globalisation allow sophisticated exploitation of databases that in developed economies contain more personal data than most other information storage systems. This can help identify new targets, increase the risk of being detected for terrorists and their sympathisers, and make it harder for them to raise and move money.

It can make a difference – remember Ramzi Yusef, who was convicted of the 1993 World Trade Centre bombing, admitted that his group could not build a bomb of the size they originally intended because they ran out of money.

In Australia, where we are highly educated, well governed, well regulated and highly resourced, this is our real weapon against terrorism.

Stephen Dametto is a researcher in counter-terrorism financing at UNSW.