Opinion Nauru wrong over sacked judiciary - so is Australia

Australia's low key response to the judicial crisis in Nauru is untenable and could mean that asylum seekers will not have access to an independent justice system, writes George Williams. 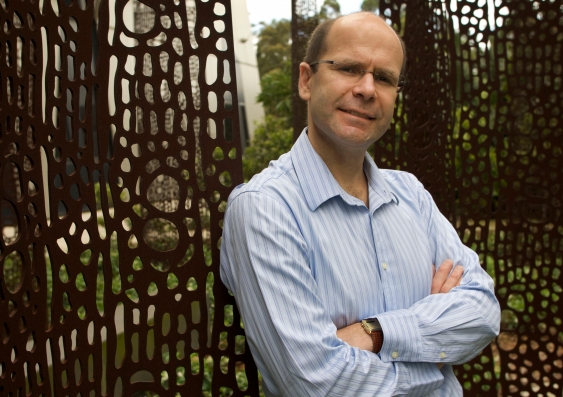 OPINION: The rule of law in Nauru lies in tatters. This is due to its government unilaterally and illegally stripping the judiciary of its most senior members. On January 19, the Nauruan government sacked magistrate Peter Law, and deported him back to Australia. He had frustrated the government by granting orders that restrained it from deporting two of its residents. There appears to be little doubt his treatment was politically motivated.

While being detained by a police officer, Law applied to the Chief Justice of Nauru, former Victorian Supreme Court judge Geoffrey Eames, for an order preventing his deportation. Eames granted an injunction preventing Law's removal.

The government ignored this, and deported Law anyway. It then cancelled the visa of its Chief Justice,preventing him from returning to Nauru. These actions were a blatant disregard for judicial independence, and deprived Nauru of its only magistrate and only Supreme Court Justice.

Nauru's parliament reconvenes today, and may vote to also sack Eames, despite the fact that his dismissal is permitted only on the ground of ''proved incapacity or misconduct''.

Eames is not without options. He has been consulting Australian lawyers, including myself, about challenging his treatment. The absence of a functioning judiciary in Nauru makes this impossible there, but questions might be raised in Australia's High Court. Our High Court acts as the final court of appeal for Nauru in areas including contract disputes.

Many have condemned Nauru's government. The president of the Nauru Law Society said the actions were ''wicked'' and involved a ''shameful'' display of ''arrogance'' to the rule of law.

Australia has been quick to rebuke, and even sanction, Pacific nations such as Fiji for like actions. Our governments have rightly been concerned that such actions must not be tolerated, lest they encourage the undermining of democracy and the rule of law.

By contrast, Australia's response to events in Nauru has been low key. High commissioner Bruce Cowled has merely ''conveyed the concerns of the Australian government about the implications of these actions for the rule of law in Nauru''.

The response of Australia's ministers would not give Nauru cause for concern. Immigration Minister Scott Morrison said that matter was ''very much about internal Nauruan politics''.

What underlies Australia's response is that Nauru houses asylum seekers on our behalf. It is not in the interests of the Abbott government to leave any opening to suggest Nauru is no longer a fit and proper place for this.

Ignoring the problem is not tenable. Australia and Nauru signed a memorandum of understanding in August 2013 about Nauru's treatment of asylum seekers. It states that asylum seekers are sent to Nauru to be treated in accordance with human rights, and that they will have their claim to refugee protection determined.

Neither of these things is possible if asylum seekers are unable to access an independent justice system in Nauru. Australia's migration act provides that Nauru can have its status as a regional processing country revoked.

This is not likely, given the mutual interest of Australia and Nauru to continue the arrangement. Nauru's government is also fiercely resisting any suggestion it has undermined the rule of law. President Baron Waqa denies the actions of his government were politically motivated. He also describes criticism of Nauru as being ''an attack on our sovereignty''. Such claims are the usual defence of those who cannot otherwise defend allegations they have breached democratic and human rights standards.

Nauru's sovereignty has nothing to do with whether it has compromised the independence of its judiciary. Everything points to the fact that it has, and this may be escalated by whatever actions are taken today by its parliament.