Opinion One step forward, many steps back for refugees

The Federal Government is trying to put a positive spin on the fact that it wants to make it even harder for asylum seekers to find protection in accordance with international law, writes Jane McAdam. 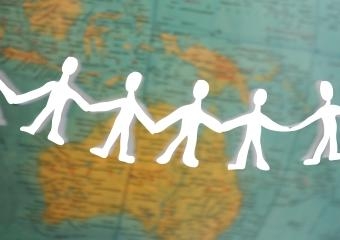 OPINION: The Senate is today debating two bills that propose sweeping changes to Australian refugee law. If passed, they will not only fundamentally change the character of Australia's asylum system, but will also expose Australia to the risk of violating international law.

In an attempt to appease the concerns of crossbenchers and secure their support, the Immigration Minister announced this morning that Australia will take an extra 7,500 refugees over four years, and will provide work rights to the 25,000 asylum seekers currently in the community on bridging visas.

These are welcome developments, but pale in comparison to the changes that the bills seek to introduce.

The Migration and Maritime Powers Amendment Legislation (Resolving the Asylum Legacy Caseload) Bill 2014 and the Migration Amendment (Protection and Other Measures) Bill 2014 being debated in the Senate today are some of the draconian pieces of refugee legislation ever to be introduced into the Australian Parliament.

Together, they represent a bald attempt to oust the rule of law by limiting parliamentary oversight of increasingly discretionary powers vested in one person (the Immigration Minister), and neutering the courts' already limited ability to scrutinise domestic law in light of international law.

The overall effect is to stop asylum seekers from ever reaching Australia by boat through extraordinary powers to intercept, detain and push back at sea; and to make it increasingly difficult for those who are here to claim protection in accordance with Australia's obligations under international refugee and human rights law.

For instance, the reforms seek to grant sweeping powers to intercept people at sea and take them anywhere, even to a country with which Australia has no agreement and which may not accept them. This is notwithstanding the fact that in January this year, the Australian Government had to apologise to Indonesia for six unlawful incursions into its territorial waters.

But the Government has no right to self-interpret the scope of its international treaty obligations. Basic rules of treaty interpretation state that a treaty must be interpreted in good faith, and in accordance with the ordinary meaning to be given to its terms in their context, and in the light of the treaty's object and purpose. Furthermore, asserting that a treaty obligation is inconsistent with domestic law is no excuse for breaching it.

Asylum seekers in Australia still waiting to be processed will have their claims fast-tracked, and merits review curtailed. Protection will be denied to anyone thought to have come on false documents; and complementary protection will either be abolished, or, at the very least, the threshold will be raised, such that a person will have to show that they are more likely than not to face a real risk of torture or other ill-treatment if removed (that is, a more than 50 per cent chance of harm).

The Minister's argument that the legacy caseload bill will enable the government to get children and families out of detention is a red herring. The Government already has the power to do this, but is choosing not to use it.

Procedural changes will create presumptions against asylum seekers in a complex process that is already weighted in favour of the Government.

The combination of these reforms will make it much easier for a decision-maker to refuse protection, which in turn risks Australia breaching its international obligations. And they come on top of the abolition earlier this year of funded legal assistance for asylum seekers who arrive without a visa.

Indeed, the Parliamentary Joint Committee on Human Rights - comprised of five Coalition members, four Labor members, and one member of the Greens - found that many proposed amendments were directly "incompatible with Australia's obligations of non-refoulement under the ICCPR and the CAT" (the treaties prohibiting return to torture, arbitrary deprivation of life, and cruel, inhuman or degrading treatment or punishment). In fact, there was not a single aspect of the legacy caseload bill that the Committee could conclusively say was compatible with Australia's international human rights obligations, noting that the government had failed to present sufficient information to show how such rights would be safeguarded.

Similarly, the United Nations Committee Against Torture has expressed serious concerns about the protection bill, describing Australia's approach as parochial and inconsistent with that of other comparable democracies.

Proper refugee status determination is not only the hallmark of an asylum policy predicated on the rule of law and obligations assumed under international refugee and human rights treaties, but decisions that have been made according to such practices are defensible and can withstand public scrutiny and questioning.

Effective refugee status determination procedures are the most efficient and fair way of ensuring that those who need protection receive it, and those who do not can be returned.

Jane McAdam is Scientia Professor of Law and director of the Andrew & Renata Kaldor Centre for International Refugee Law at UNSW. Her new book Refugees: Why Seeking Asylum Is Legal and Australia's Policies Are Not (with F Chong, UNSW Press, 2014) provides a clear overview of Australia's international legal obligations.

This article first appeared on ABC's The Drum.