Retrograde provisions in a bill introduced this week by the Immigration Minister will have major consequences for asylum seekers entitled to Australia's protection, write Jane McAdam and Kerry Murphy. 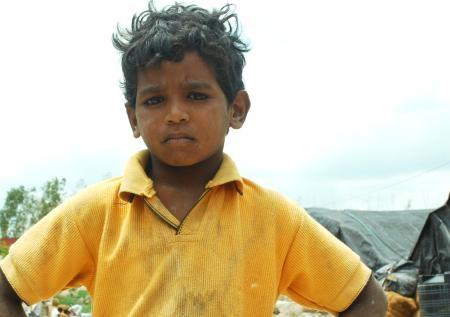 OPINION: Earlier this week, immigration minister Scott Morrison introduced the Migration Amendment (Protection and Other Measures) Bill in response to a High Court decision that ruled invalid his move to cap the number of protection visas at 2773 until July 1.

Despite its innocuous title, the bill contains a number of retrograde provisions that will have major consequences for asylum seekers entitled to Australia’s protection under international law.

First, the bill proposes a new section in the Migration Act requiring asylum seekers to specify “all particulars of their claim” and “to provide sufficient evidence to support the claim”.

Failure to do so risks refusal of a protection visa. If new claims or evidence are introduced at the review stage, without a satisfactory explanation, then the Refugee Review Tribunalmust draw a negative credibility inference – in other words, it must conclude that the person is fabricating their claim.

At first blush, this might seem reasonable. Why wouldn’t someone present all the details of their claim upfront? The problem is that it is very common for people who are afraid – such as asylum seekers fleeing persecution and other serious human rights violations – not to tell their full story at first, especially if they are victims of torture or trauma. Post-traumatic stress disorder may impair their ability to recount things lucidly or sequentially. They also may not appreciate what kind of information is important for their protection claim.

This confusion is compounded for people who do not speak English, have little understanding of Australian law, and who, since March 31, have no access to free legal assistance. Even if they do have legal assistance, it can take a long time for trust to be established with their lawyer and for a coherent case to be formulated.

Refugee law also requires decision-makers to assess an asylum seeker’s risk of persecution on the date the case is heard, not the date the claim was lodged. This necessarily requires the most up-to-date information to be considered.

This new provision therefore makes it much easier for a decision-maker to refuse protection, which in turn risks Australia breaching its international obligations.

No identity documents, no protection

Second, asylum seekers who cannot provide a reasonable explanation as to why they don’t have identity documents, or have destroyed them, risk having their protection claim refused.

If you are fleeing persecution by the Syrian government, for instance, you’re hardly going to request a passport so that you can leave. Sometimes not having documents can in fact underscore the legitimacy of the refugee claim. And Australian law already has adequate mechanisms to deal with situations where a person’s identity is unclear.

Unlike court cases, refugee assessments are a fact-finding exercise, not an adversarial process. These procedural changes create presumptions against asylum seekers in a complex process that is already weighted in favour of the government. Increasing its complexity by creating more barriers does not improve the process, nor make it more likely to reach a just decision.

Raising the threshold for return

Third, the bill seeks to raise the threshold for people seeking protection from return to a country where they risk being arbitrarily deprived of life, subjected to the death penalty, tortured, or subjected to cruel, inhuman or degrading treatment or punishment. This is known as complementary protection, and reflects Australia’s obligations under the UN Convention against Torture and the International Covenant on Civil and Political Rights.

There is already another bill before parliament seeking to abolish complementary protection entirely, which would mean that the immigration minister alone could decide whether or not to return someone to a country where they claimed to be at risk. His decision could not be reviewed by the Refugee Review Tribunal.

Former immigration minister Chris Evans likened this ministerial discretion to “playing God” with asylum seekers’ lives. A key reason why complementary protection was introduced in the first place was to provide greater accountability and transparency in decision-making.

If the other bill doesn’t pass the Senate, then this new bill sets out the reserve position. In a refugee claim, the decision-maker has to assess whether the asylum seeker has a “well-founded” fear of persecution. In Australian law, this is interpreted as whether the asylum seeker faces a “real chance” of persecution. This can be a less than 50% chance, provided it is real and not far-fetched.

However, the government wants to raise the bar for complementary protection cases so that the risk of harm is assessed on “the balance of probabilities”. This is at odds with the test in international law, and higher than that applied in countries such as the United Kingdom and New Zealand.

In reality, it means that if even an asylum seeker has a 49% chance of being tortured, Australia will still send them home.

Fourth, the bill seeks to insert a new barrier into the Migration Act preventing refugees on a temporary protection visa of some kind from ever making an application for a permanent visa.

This means that people granted a temporary visa – with no right to travel or sponsor family members stuck back home – will be precluded from applying for any other category of visa unless the immigration minister personally intervenes.

Overall, the bill degrades refugee protection under Australian law. It is designed to reduce adherence to Australia’s international legal obligations and make it easier to refuse refugees on technical grounds. The government’s rhetoric on asylum has been consistent in its message of deterrence for those arriving by boat. This bill underscores that the driving force in Australian refugee law will be punishment, not protection.

Jane McAdam is Scientia Professor and Director of the Andrew & Renata Kaldor Centre for International Refugee Law at UNSW. Kerry Murphy is a lecturer, Migration Law Program,  at ANU.