We could look to Sweden for good design of a unicameral political system with safeguards against the kind of single-party dominance we see in Queensland, argues Fergal Davis. 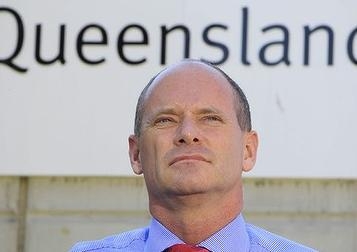 OPINION: Queensland is unique amongst Australian States – it does not have a Senate. Its parliament is unicameral. Recently, there have been calls for reform; calls for Queensland to re-establish an Upper House. But Queenslanders don’t seem to care: as Premier Campbell Newman said, “The one thing they're not raising is the need for more politicians”.

Although the Premier is generally dismissive of those questioning the quality of Queensland’s democracy, calls for reform have been growing since the LNP swept to power in March 2012. The collapse of the Queensland Labor Party gave the LNP a huge majority – 78 of the 89 seats in the Legislative Assembly.

The result of that victory is that the opposition is not big enough to provide an effective counter-voice to the government in Parliament. As a result, key checks on government power are missing. Matters came to a head recently when the Premier sacked every member of the Parliamentary Crime and Misconduct Commission.

A second chamber would at the very least provide an alternate forum for debate. It would be a further mechanism for parliament to scrutinise the actions of the government.

From 1860 to 1922 Queensland had an elected Legislative Assembly and an appointed Legislative Council. The Queensland Labor Party despised the Council seeing it as an outdated form of colonial patronage and eventually they succeeded in abolishing it – how they must lament that decision today!

The key problem is that Queensland abolished the Legislative Council and then proceeded as if nothing has changed. They dumped the pollies in the Council but never thought about how to keep a check on the remaining pollies in the Assembly.

You see unicameral systems need to be properly designed and if you want good design look to Sweden.

Sweden now has a powerful Parliamentary Ombudsman and a system of Parliamentary Auditors who are specifically tasked with scrutinising central government actions. As a result, in the absence of an effective opposition there is a structural system to ensure that someone independently examines government activities. This could be done in Queensland – but if the people don’t want more pollies do they really want more bureaucrats?

In addition Sweden has a “Council on Legislation” (Lagrådet) made up of current and former justices of the Supreme Court. These provide non-binding views on proposed legislation. The Council feeds into the parliamentary debate and influences the lawmaking process.

Now, the strict separation of powers in the Australian Constitution prevents judges who exercise federal jurisdiction from giving advisory opinions. So any proposal for a Council on Legislation in Queensland would need careful drafting – any judges involved would have to be acting in a non-judicial capacity.

Perhaps most importantly, the Swedish model of unicameralism has inbuilt safeguards against the kind of single-party dominance of parliament we see in Queensland.

Firstly, the electoral system is a model of proportionality. In the 2012 Queensland elections the LNP won 49.66% of the formal first preference vote but secured 87.6% of the seats in parliament. That disparity could not occur in Sweden. As a result the chances of a rout are reduced.

Secondly, and perhaps more importantly, the Swedish parliament is very large: 349 members for a population of 8 million. That is over twice the number of elected representatives per person. That larger parliament means that even if one party does secure a landslide victory the other parties would retain enough members to staff committees and mount a credible opposition.

Finally, in Sweden, government ministers sit in and are answerable to parliament, but they do not vote. That approach is completely at odds with the “Westminster” model familiar to Australian parliaments. It works to narrow the gap between government and opposition.

Premier Newman argues that Queenslanders don’t want more pollies. He’s probably right. But unicameralism is not just about having a parliament with one chamber. Making it work requires clever design; maybe not Swedish design – but certainly a little bit of thought.