The local government referendum to change the Constitution on September 14 is a small-target strategy that could backfire, argues Rosalind Dixon. 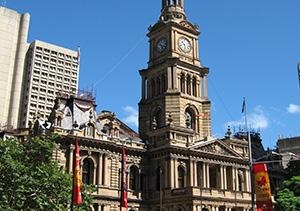 Offices of the City of Sydney council

OPINION: The federal government announced some good news last Thursday: it plans to engage Australians in the question of whether to amend our constitution to give ''financial recognition'' to local governments.

A referendum of this kind has not been proposed for 14 years. Processes of this kind are also necessary at relatively regular intervals, most commentators agree, if the constitution is to remain a truly living and breathing document, capable of speaking to all Australians (young and old, old and ''new'') as a document that both limits and empowers government and reflects our fundamental values. By engaging the referendum process, and backing its success, the government is therefore doing something inherently valuable for those who believe in this kind of vision of a ''living'' constitution.

By keeping proposed constitutional changes ''small'', or modest, most observers argue, the government also maximises the chances of a successful referendum.

The amendment starts with relatively low odds: while it is supported by a strong lobby in the Australian Local Government Association, it is inevitably weighed down by the government's low popularity rating. Further, most amendments proposals in our history have failed, often by quite large margins, particularly in cases where they have lacked bipartisan support.

The government's proposed changes, however, are also quite modest.

They aim to give express power to the Commonwealth to make direct financial grants to local governments to support any local government program, including the popular Roads to Recovery Program, not just programs with a sufficient connection to existing areas of Commonwealth power. The government's proposal also explicitly avoids any attempt in this context at larger, more controversial changes in Commonwealth-state-local relationships.

By keeping the proposed changes small in this way, the orthodox argument goes, the government also helps increase the referendum's chance of success in two related ways: first, by reducing the possible downsides or dangers to the proposed change, and second, by reducing the scope for partisan political disagreement. Any form of constitutional change carries some degree of uncertainty, or risk.

Even the present proposal, for example, carries some risk that the High Court might, at some point in the future, read the amendment as entrenching the existence of local (as opposed to say, regional, or ''mega-council'') government in our constitutional arrangements.

More major changes, however, tend to have a far greater potential for unpredictable consequences. Larger changes also involve greater scope of (publicly defensible) forms of disagreement among national and state leaders from different political parties. Keeping changes small, therefore, helps contain the risk a referendum will be derailed - by either this kind of principled or pragmatic kind of objection.

There are, however, also real perils to this small-target strategy, in my view, which are often overlooked in the debate on constitutional change.

If changes are really small, or modest, voters may ask themselves, why run the risk of the unintended consequences that go with such change? Why, they may see, should we tamper with a document that is working so well in general, when even proponents concede the value to the change is modest, or uncertain? Changes billed as modest also provide a bad case for persuading the public to engage with the process.

Understanding the constitutional background to this kind of proposal can be hard and time-consuming even for most lawyers. For ordinary voters, it will involve an even greater time-sink, which may seem justified only if there are clear and important moral or political stakes.

The proponents of change have also already told voters that this is simply not the case. Without engagement in the process by ordinary voters, rather than simply interest groups or lobbies, successful constitutional change is also far less likely.

This, by itself, poses perils for those who believe in a living constitution. If the referendum does in fact fail, as many fear it might, reasonable observers may conclude that it is just further evidence of the difficulty of achieving any successful (formal) constitutional change in Australia.

This, in turn, may contribute to an even greater level of pessimism about the chances of more far-ranging (and morally pressing) forms of constitutional change in areas such as indigenous recognition, the republic or a constitutionally grounded bill of rights.

This conclusion, however, may be unjustified if large changes are in fact, as I suggest, more likely to appeal to voters as the kind of change worth taking a risk on, or engaging with.

We cannot know the answer to this question for sure, but it seems a possibility worth bearing in mind as we assess the potential promise, perils and lessons of this referendum experience.

Rosalind Dixon is a Professor of Law at UNSW and a member of the Gilbert + Tobin Centre of Public Law.

The referendum is coming: but are we ready?