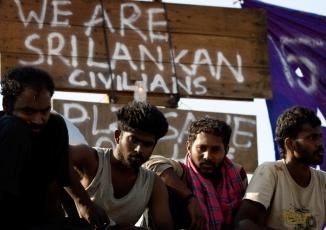 OPINION: It is hard to imagine Australia's refugee policy was ever brave, principled and an example to the world of our commitment to human rights. But there was a time when Department of Immigration officials went into countries to process would-be refugees before they had to flee, and resettled them in Australia.

These were countries mired in deadly civil conflict or under authoritarian rule. Dissidents, trade unionists and former political prisoners were at risk of persecution or serious harm, but were unable to escape across a border. The Australian government accepted these people faced grave danger and it wanted to help.

During the 1980s, Australia ran what were known as "in-country" programs in El Salvador and Chile. The programs operated discreetly, through quiet and careful negotiation with the governments concerned.

In-country programs are a little-known piece of our immigration history. They were a creative solution to the challenge of rescuing people in humanitarian need - and one that could be set in place today.

In-country processing removes the need for refugees to resort to people smugglers. It ensures desperate people do not have to undertake dangerous cross-border journeys or live a precarious life in a transit country that cannot provide protection. And the official mechanism still exists to do it.

John Menadue, the former immigration secretary who oversaw the establishment of the in-country program, believes the present government could help to ease spontaneous asylum flows through targeted in-country programs in Sri Lanka and Afghanistan. Reviving the program, he believes, would treat the problem of boat arrivals at source, rather than on the high seas or off the Australian coast.

Torture, disappearances, roaming militia: the dangers the Chileans and Salvadorans faced are still threats from which asylum seekers flee today. The difference is that back then, the Australian government was willing to go the extra mile.

Could Australia implement in-country processing again? Certainly in the case of states such as Sri Lanka it would require careful negotiation. However, the two countries have close ties and history shows Australia can run a highly discreet in-country program, despite considerable diplomatic challenges.

And Australia retains the bureaucratic means for in-country processing. The In-Country Special Humanitarian Program Visa (sub-class 201) has enabled the resettlement of a small number of Iraqis who worked with Australian troops in the Middle East.

In-country programs could be a cost-effective means of alleviating the demand for boat journeys to Australia. We have reportedly spent about $23 million to promote the "No Way: You Will Not Make Australia Home" campaign in Pakistan, Afghanistan and Iran. The cost of detaining just one asylum seeker on Manus Island or Nauru is $400,000 a year. Processing several thousand people "in-country" would surely be a far less expensive policy. It would also be a means of processing people who need our protection, rather than sending them elsewhere.

Admittedly, in-country processing might not be a perfect solution. There might be practical limits on the speed of processing and the means of identifying those most in need of resettlement.  It is important to recognise that an in-country program does not alleviate the need to process people who do arrive spontaneously.

Yet, other countries have seen the benefits of using in-country processing as a valuable adjunct to their refugee programs. Canada used this model for about 30 years in countries such as Argentina, Sierra Leone and the Democratic Republic of Congo. The US has announced it will establish an in-country program out of Central America, in response to the 60,000 unaccompanied children who crossed into the US from Guatemala, Honduras and El Salvador in the last year alone.

Australia once enjoyed a global reputation for welcoming refugees. The large intake of Indochinese boatpeople is a famous example of this, but the in-country rescue of Salvadorans and Chileans is an equally special chapter in our refugee history.

Today Australia severely limits the ability of asylum seekers to access protection, to the point where the United Nations High Commissioner for Human Rights has declared our offshore processing and turn-back policies have led to "a chain of human rights violations".

The benefits of an in-country program could be considerable. Apart from likely financial savings, a program that responds to asylum seekers in a way that is safe and consistent with our international legal obligations would restore our previously strong international reputation on human rights.

Boat arrivals to Australia peaked in 2012 at just over 17,000, but in the five years before that Australia received, on average, fewer than 3000 asylum seekers by boat each year. Compare that with 60,000 children crossing into the US in 12 months. If the US can respond to this challenge by setting up in-country processing, then surely our own policy-makers in Canberra can look to the past to revive a workable solution to a much smaller number of refugees.

Claire Higgins is a research associate at the Andrew & Renata Kaldor Centre for International Refugee Law at UNSW. She will speak on this topic at the Kaldor Centre's annual conference today. 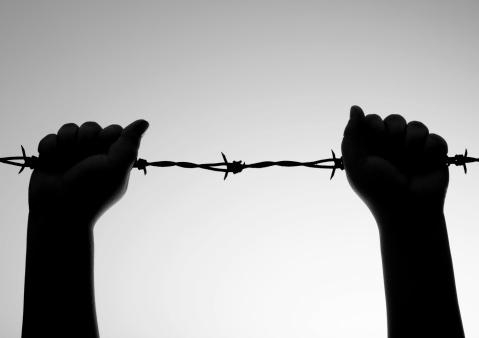