Opinion The repeal day I'd like to see: trim the anti-terror laws

As the federal government  announces its first 'repeal day', it's a good time to talk about the 60 anti-terror laws parliament has enacted since 2001. Are they all necessary, asks Fergal Davis. 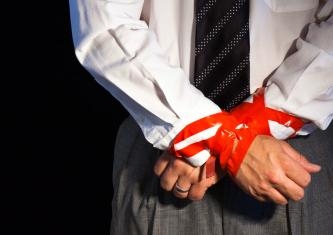 The government has announced its first "repeal day" – 8,000 laws now face the axe. A veritable bonfire of the regulations. Josh Frydenberg MP, parliamentary secretary to the prime minister, has consulted widely – predominately with Big Business - with the aim of identifying those regulations suitable for the chop. Many of these laws are unused and they are certainly unloved.

But why stop there? While we’re at it why not look at those laws which impinge on the rights of all Australians?

When the Conservative and Liberal Democrat parties came together after the 2010 UK general election, they promised to repeal repressive anti-terror laws adopted by the previous Labour government. As a result, the UK Coalition passed the Protection of Freedoms Act 2012. It wasn’t perfect, but it formally acknowledged the legislative excesses of the post 9/11 decade.

In the same vein, instead of repeal day I’d like to see an Australian Protection of Freedoms Act 2014. If the UK Tories can back such an idea then I’m pretty sure that the attorney general George Brandis QC and the new human rights commissioner Tim Wilson could get behind it as well.

Prior to the terrorist attacks of 11 September 2001 there were no specific anti-terrorism laws at the federal level in Australia. That position was obviously untenable. Democratic nations, including Australia, must be able to defend themselves against terrorism – so long as they operate within the rule of law. But, since 9/11, the Australian Federal Parliament has enacted over 60 anti-terror laws – are they all necessary?

Since 2010 the Australian government has had reports from COAG’s Review of Counter-Terrorism Legislation and three annual reports from the Independent National Security Legislation Monitor (INSLM). It has seen numerous academic papers and countless submissions to Parliamentary Committees. To a greater or lesser extent, these reports have recommended the repeal of repressive, unnecessary, unused, and unloved laws.

Here are the three measures we could add to the repeal day's hitlist:

Since the introduction of Division 104 of the Criminal Code in Australia in 2005, only two control orders have been issued – against Joseph Thomas and David Hicks. By way of example, the order against Hicks restricted his movement within Australia; prevented him leaving Australia; required him to attend a police station three times a week and required him to only use an AFP approved mobile phone SIM card. In reality, with or without a control order, ASIO would have paid close attention to former Guantánamo detainees like Hicks and Thomas. The legislation was, and is, redundant.

Division 105 of the Criminal Code is the epitome of a pointless regulation. While control orders were rarely used, PDOs never were. They enable the Australian federal police to detain someone on the basis that their detention will prevent the commission of an act of terrorism or preserve evidence of a terrorist act. It sounds useful, but it has never been used. In fact the Independent Monitor argued in 2012 that there were no obvious scenarios in which a PDO would be more useful than regular police powers.

The most controversial of Australia’s anti-terror laws. This empowers ASIO to apply for a warrant to question someone for up to 24 hours – or question and detain someone for up to a week. This power exists even if the person in question is not suspected of having committed any criminal offence. The legal test is whether "there are reasonable grounds for believing that the warrant will substantially assist the collection of intelligence that is important in relation to a terrorism offence". And before you try to invoke the right to silence – forget it. There is a legal obligation to comply with these ASIO warrants: it is a serious criminal offence to fail to attend for questioning. You cannot refuse to answer questions. It is an offence to refuse to provide documents or things required by ASIO; and it is an offence to give false or misleading information - even if that information is incriminating.

The Australian government has consulted widely on the suitability of these anti-terror laws. Academics, civil society, COAG and the Independent Monitor have recommended their repeal. It’d be a waste of resources to ignore all that good advice.

This opinion piece was first published in The Guardian Australia. 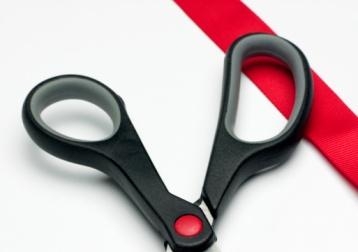