International human rights lawyer Megan Davis has been elected in a landslide to a second term on the United Nations Permanent Forum on Indigenous Issues. 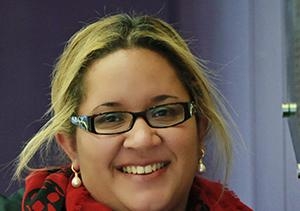 International human rights lawyer Professor Megan Davis has been elected in a landslide to a second term on the United Nations Permanent Forum on Indigenous Issues.

Professor Davis, who is director of UNSW’s Indigenous Law Centre, was re-elected at the meeting of the UN Economic and Social Council (ECOSOC) in New York. She received 48 out of a possible 54 votes, "a great testament to her success in this important role", according to Dean of the Faculty of Law Professor David Dixon.

Professor Davis said she was "so thrilled to have been elected by the UN Economic and Social Council to a second and final term on the UNPFII. There is much to be done in combating violence against Indigenous women globally and I hope to continue this work in my final term."

Australia is a long-standing supporter of the Forum, which acts as an advisory body to ECOSOC, and provides expert advice on a wide range of Indigenous issues including economic and social development, culture, the environment, education, health and human rights, the Ministers said.