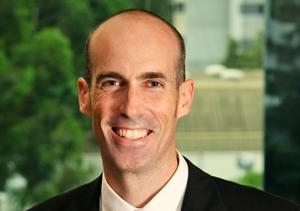 Last week the government pushed urgent legislation through parliament to rescue the chaplaincy scheme and hundreds of others like it.

The Financial Framework Legislation Amendment Bill (No 3) purports to provide a legislative basis for programs that the commonwealth executive has been running independently, using just the power of its purse.

But the new law, passed by both houses in just two days -- amid the dramatic debates over asylum-seeker policy -- only offers temporary stability at best. While it definitely buys the commonwealth some time, grave concerns have been expressed about the bill's validity and effectiveness.

Although the court's decision dealt with only the chaplaincy program, its potential impact on a number of commonwealth schemes, accounting for up to 10 per cent of total government expenditure, is amply demonstrated by their inclusion in the rescue legislation. Programs include funding for clean technology, drought assistance and university research institutes.

The bill hopes to secure a legislative base for these existing programs as a job lot.

This response echoes the suggestion of Owen Dixon to the 1929 royal commission on the commonwealth Constitution that a general contracts act might provide a standing authorisation from the parliament. Chief Justice French noted Dixon's suggestion in his judgment in Williams, but declined to express an opinion on it.

But it is not at all obvious that the bill will end uncertainty about which existing programs -- including the chaplaincy scheme -- the commonwealth has power to run. Attorney-General Nicola Roxon's reading of the case is that there was not a majority of judges who required spending by the commonwealth executive to be linked by statute to the specific grants of legislative power in the constitution.

Yet it is unclear how generic parliamentary approval can extend to individual schemes which the parliament lacks legislative capacity to support separately. For this reason, the bill is unlikely to stop challenges to these programs.

Opposition legal affairs spokesman George Brandis seized on the deficiencies of the bill's "umbrella form of statutory validation" and expressed "grave concerns" about the constitutionality of the rescue bill.

In debate, the opposition focused on the inadequacy of the Attorney-General's response to the High Court's insistence that commonwealth spending receive clear parliamentary approval.

But what the commonwealth is, perhaps unsurprisingly, even keener to avoid are the full consequences of the High Court's conclusion that its power to spend is limited by the fact the Constitution establishes "a truly federal government".

The importance of "federal considerations" to the result in Williams cannot be overemphasised. It contrasts sharply with the role that federalism has more typically played in constitutional interpretation.

The steady course of High Court decisions since 1920 has been to assist the centralisation of government in Australia and diminish the standing of the states. So inured to this have the states become that they appear to be struck dumb by the Court's endorsement in Williams of our federal structure as a constraint upon the commonwealth.

The path signalled by the Court is that if the commonwealth wishes to run programs that it lacks the legislative capacity to support, then a clear constitutional mechanism exists for co-operation with the states. Under S96, grants of federal funding may be made to the states on condition that the money is applied to particular programs.

Admittedly, S96 grants have been regularly used for soft coercion of the states. But as the Court said in Williams, they instil "a consensual aspect" into commonwealth intrusion into areas of state power. In short, it is better for the states to be dealt back in the game through the receipt of commonwealth money to run programs, than left on the sidelines.

What the states make of this reversal of fortune is still unclear. Armed with the knowledge the commonwealth must deal with them or seek support for future programs from its own parliament, which may be politically or even legally impossible if the necessary legislative capacity is absent, the states will seek to capitalise on the Williams decision.

Given the strong question marks over the effectiveness of the government's rescue bill, one wonders whether the commonwealth is simply playing the longer game to preserve its federal dominance.

The bill will shore up funding for the chaplains and other schemes, at least until it is challenged by fresh litigation in the High Court. That will take some time. With a spate of High Court retirements imminent, the government may hope the appointment of new justices will see the Court's consideration of commonwealth executive power return to past assumptions rather than entrench the limitations so forcefully expressed in Williams.