Having a 'right to education' can open a legal minefield, writes Fergal Davis. 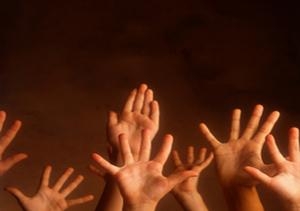 In Victoria, the Equal Opportunity and Human Rights Commission advised the government that such fees could amount to discrimination under the Victorian Charter of Human Rights and Responsibilities. So you might assume that the ACT - the first jurisdiction in Australia to adopt a legally enforceable bill of rights - would not charge these fees.

Well you'd be wrong. The ACT and NSW are the only jurisdictions in Australia that persist with such charges. NSW has no equivalent of the Human Rights Act 2004 (ACT). But in the ACT the courts have the power to ''interpret'' territory laws so that they are consistent with human rights standards.

If that is not possible, they can declare the laws to be ''incompatible'' with human rights.

Since January this year the ACT Human Rights Act has included a right to education. It clearly states ''every child has the right to have access to free school education appropriate to his or her needs''.

In spite of this apparently unambiguous statement, the legal issues are not clear-cut.

As a result we need to look at the possibility of having the Education Act declared to be incompatible with the Human Rights Act.

That will not be easy. The problem is that the legislative assembly gave with one hand and took away with the other.

When imposing obligations on public bodies (such as schools) the Human Rights Act states: ''human rights do not include the economic, social and cultural rights''.

This Orwellian provision effectively excludes the right to education from the list of rights which public authorities must respect.

So, in spite of what is written in black and white, you cannot claim a breach of your right to education by a public authority.

But the story doesn't end there. The drafters of the Human Rights Act excluded the ''substantive'' right to education from potential court action, but the right not to be discriminated against in your enjoyment of the right to education remains - this is what we call a ''secondary right''.

In effect, if we can show that the fee is discriminatory there is a chance that it could be shown to breach the ACT's human rights laws. That provides the basis for an argument.

The ACT Human Rights Commission has confirmed that it will be revisiting the issue of school fees for temporary residents.

A spokesperson stated that ''anyone who believes they have been discriminated against because of a protected attribute under the ACT Discrimination Act 1991, including race, could seek to make an individual complaint to the Commission''. Unfortunately, establishing any such discrimination will be extremely difficult. This school fee is an Equal Opportunities form of discrimination. The discrimination is based on visa status and everyone within the visa category is treated alike - regardless of race, gender or sexual orientation.

But even on that basis an erstwhile applicant will face further difficulties. The UN Convention on the Rights of the Child and the ACT Human Rights Act both incorporate the concept of ''progressive realisation''.

This means that governments must implement the right to ''the maximum extent of their available resources''. So the ACT government can argue that it is moving towards full implementation of the right to free education but that at present the maximum extent of its resources justifies the charging of this fee. Even if we overcame each of these difficulties in turn a court would only be empowered to declare the fee incompatible with the Human Rights Act. It could not strike it down as unlawful.

Human rights law pitches people against governments. It is supposed to be a means of protecting people from discrimination and abuse. It should ensure that kids are schooled free of charge. But, the experience of the ACT proves that having law on paper does not, on its own, improve people's lives.

Fergal Davis is a Senior Lecturer in the Faculty of Law and a member of the ARC Laureate Fellowship: Anti-Terror Laws and the Democratic Challenge project in the Gilbert+Tobin Centre of Public Law.