Uniforms do not miraculously invest students with important personal values or make them upstanding citizens no matter what the schools themselves might say, writes Cathy Sherry. 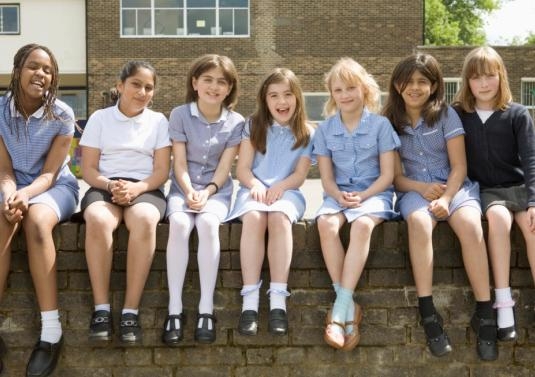 OPINION: A public high school student was prevented from attending an HSC English study day because she had dyed her hair pink. The school claimed that the dye was contrary to the uniform policy. The president of the school’s Parents and Citizens Association said the ban was an attempt to ‘‘mimic private school standards’’, and given the steady stream of students out of the public system into private schools, this seems plausible. However, if it is the case, I would implore public school principals to think again.

School uniforms are great. They are practical and convenient. They avoid morning stress and tantrums by children and parents. Uniforms stop children competing in relation to fashion, and as the vast majority of teenagers behave well in public, uniforms can bring credit to a school.

However, that is about the limit of their benefits. The nonsense that private schools trot out to convince people otherwise is astounding. School uniforms do not make any child a better person. They do not miraculously invest them with important personal values or make them upstanding citizens. If they did, heaven help the large proportion of the world’s people who have never worn a uniform.

Telling students that they will be judged well for wearing their school blazer or boater smacks of poor values. While it would be naive to suggest we do not sometimes judge people by the way they dress, most of us know it is wrong. A suit is no indication of a person’s worth, whether they are 15 or 50. The fact that private school uniforms are also extremely expensive makes the message that one’s suit matters more offensive still.

Public schools tread a sensible middle road, with basic, inexpensive uniforms which do not loom large in school consciousness. Importantly, most schools do not demand rigid conformity. The flow on from this is threefold. First, students have some individual control over how they wear their uniform. Increasing autonomy is a vital part of progress from childhood to adulthood. Older teenagers should be able to choose the colour of their hair and even their piercings, for the simple reason that they are not five. It’s their body and adults who don’t like it should just take a deep breath and deal with it.
Secondly, a flexible uniform gives students an opportunity to practise the difficult skill of judging appropriate clothing. It takes practice, and even as adults, we all muck it up on occasion. Modern workplaces have templates, not uniforms – suits, smart casual, work wear – and multiple choices within the template are acceptable. As thousands of public school students demonstrate every day, most teenagers are innately (or with the assistance of their parents), capable of making those choices. For those who are not, a flexible uniform allows them 13 years to practise. In contrast, an inflexible uniform teaches students nothing, other than the ability to conform rigidly to a dress code. Unless they are going to join the army or an airline, students are never going to need this skill as an adult.
Finally, schools without strict uniform policies avoid endless petty struggles with students, improving student/teacher relations, and leaving more time for real education. When I think about all the energy that the private school I attended put into uniforms, all I think is what a monumental waste of time that could have been spent learning something useful.
There is a lot of talk about values in education today. Surely values should be those of our own community, and not archaic values inherited from another time and place, no longer seen outside the private institutions still fostering them. In a modern community, we don’t ostracise people who dress differently to us; we don’t snigger if someone has pink hair or the ‘wrong’ length hem, because we know it is insignificant. We pride ourselves on being tolerant of a wide variety of modes of dress. We should also pride ourselves on having a public education system that knows that ‘‘clothes make the man’’, but only because ‘‘naked people have little or no influence in society’’.
Cathy Sherry is a senior lecturer at UNSW Law.
This opinion piece was first published in the Sydney Morning Herald.
Twitter Facebook LinkedIn

Law must lock out the condo-raiders