Opinion Support for fixed-term elections a catalyst for action

The Prime Minister's announcement of a poll date in September could herald a push for the introduction of a fixed term for federal elections, writes Scientia Professor George Williams. 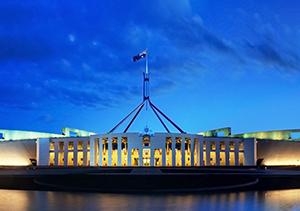 The Prime Minister's announcement of a September 14 election set off a flurry of speculation that this might herald fixed terms for federal elections. While she did nothing in her speech to suggest this, her announcement could yet act as a catalyst for reform.

In setting the date, Julia Gillard fulfilled a promise made soon after the August 2010 poll to Greens and independents. She said then that Parliament would serve its full term and that the election would be held in September or October of this year.

That was not, however, the full extent of her promise. She further committed to ''investigate legislative proposals, which are within the terms of the constitution and give greater certainty to the Australian people about the Parliament serving full three-year terms''. The government has not yet released any such investigation. Now, surely, is the time to do so.

Fixed terms are a common feature of parliaments around the world, and in Australia have been introduced in a majority of the states and territories. The exceptions are Queensland and Tasmania.

The main beneficiary of a flexible election date is the government. It can manipulate the electoral cycle for partisan reasons; by calling an early poll to maximise its chances of re-election. There is no sound policy reason for this, especially when incumbency comes with so many other political advantages.

On the other hand, people have opposed fixed terms because knowing the election date in advance might lengthen the campaign period. This argument no longer holds sway because the practice of oppositions can now be to start campaigning immediately after the last election.

Fixed terms make sense, and for this reason have long enjoyed strong public support. If nothing else, it would do the public no small mercy by eliminating endless media speculation about when a federal election might be held. A poll released on Monday by Essential Research found strong majority support for fixed terms among Labor, Coalition and Greens voters. Overall, 63 per cent favoured fixed terms for federal elections, with only 23 per cent supporting the current system. Even higher levels of popular support have been registered after a government has called an early election for its own political advantage.

The move to fixed terms has also had support across the political spectrum. The change has been introduced at the state level by both Liberal- and Labor-led governments. The policy platform of the federal ALP has a commitment to fixed terms, which has long been championed by figures such as Senator John Faulkner.

Given this, it is surprising that the Prime Minister has not done more to work with Greens and independents to bring about fixed terms. It is possible that the government has not released an investigation into legislating for the idea because of concerns that this might conflict with the constitution.

Section 28 of the constitution sets the term of the House of Representatives as three years from the first meeting of the House after the prior election. The section also says that the House ''may be sooner dissolved by the governor-general''.

Parliament often enacts laws that limit the power of the government and prime minister. Its capacity to do so is a basic feature of Australia's system of responsible government.

Parliament could permit the prime minister to advise the governor-general to call an election only on a set day in September every three years. There would need to be exceptions, such as allowing an early election when a government cannot be formed after a no-confidence motion or when the requirements for a double dissolution of both houses of Parliament have been met.

As with any new law, the power of Parliament to legislate in this way could be tested in the High Court. However, it is unclear who would have the standing or desire to do so. Other government initiatives, such as plain packaging for tobacco and the mining tax, have been challenged by strong commercial interests. There is no reason for them to do so on this occasion.

The Coalition might oppose the change, despite state Liberal support for fixed terms, but there is no incentive for it to bring a court challenge from opposition. Once in government, the Coalition might decide to keep the law, or to have Parliament amend it.

There are uncertainties involved in having Parliament legislate for fixed terms. The law should nonetheless be enacted as it is worth the risk.

This article first appeared in the Fairfax press.