The Australian Constitution reflects our history of white settlement, but fails to mention the much longer occupation of the continent by Aboriginal peoples, writes George Williams. 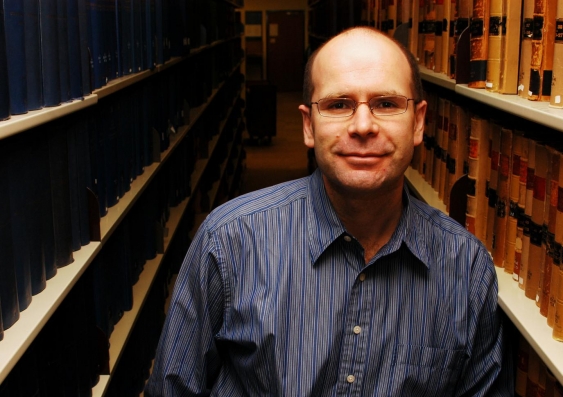 OPINION: A silence lies at the heart of the Australian constitution. The document reflects Australia’s history of white settlement, but fails to mention the much longer occupation of the continent by Aboriginal peoples. It is as if their history does not matter, and is not part of the nation’s story.

The constitution was drafted in this way because, at the time of Federation in 1901, Aboriginal people were cast as a dying race. They were described as a ''problem'’ and as a people lacking any future in the nation.

As a result, they were excluded from the political settlement brought about by the Constitution. They were immediately denied the vote in federal elections, and the Constitution even said they could not be included in counts of the Australian population.

These injustices led to a referendum in 1967. At that poll, more than 90 per cent of people voted to change the constitution to permit the Federal Parliament to make laws for Aboriginal people and to allow them to be included in population counts.

However, the referendum left unfinished business. It did not add any text to the constitution recognising Aboriginal people and their history. It also failed to deal with clauses that allow discrimination on the basis of race.

Section 25 of the constitution recognises that a state can disqualify whole races from voting. In addition, the races power in section 51(26) authorises the Federal Parliament to make laws that discriminate for or against people due to their race. According to Edmund Barton, Australia’s first prime minister, the power was included so Parliament can ‘'regulate the affairs of the people of coloured or inferior races'’.

These clauses reflect long-discredited Australian values from the time of the White Australia Policy. I am not aware of any other constitution in the world that still contains material of this kind.

Tony Abbott came to office as prime minister well aware of these problems. He has spoken in the months since about the need to change the constitution to recognise Aboriginal Australians. He has described this as completing the constitution to further strengthen and unify the nation. With this in mind, he has moved towards holding a referendum.

An initial step is to identify exactly how the text of the constitution should be altered. This has been the focus of a special parliamentary committee composed of members of Australia’s major political parties, and led by Aboriginal members Ken Wyatt of the Coalition and Senator Nova Peris of the ALP.

An important milestone was reached on Tuesday when the committee released an interim report containing options for how the constitution should be changed. It represents a refinement and narrowing of the recommendations made to then prime minister Julia Gillard by an expert panel in early 2012.

The committee identified three changes. First, symbolic words of recognition must be added. For example, it is suggested that the constitution recognise '‘that the continent and its islands now known as Australia were first occupied by Aboriginal and Torres Strait Islander peoples'’ and ‘'the continuing cultures, languages and heritage'’ of such peoples.

Second, clauses that permit discrimination on the basis of race must be deleted. There is no place for these in a modern democratic constitution, let alone in a country such as Australia that prides itself on the idea of a fair go for all of its citizens.

The committee has identified the right changes to the constitution. They would fix a major problem with the document.

Polls have shown that these reforms have strong community support. Australians overwhelmingly want a constitution that speaks with pride of the nation’s full history, and no longer permits discrimination against Aboriginal people. The community believes that Aboriginal people are entitled to recognition and to the same fair treatment as other Australians.

Importantly, the committee’s report shows that these options have the unanimous backing of members of the major parties. This is the first time they have agreed on specific wording for the referendum. This is vital, because the main reason why 36 of Australia’s 44 referendums have failed is a lack of cross-party support.

If bipartisanship can be maintained, this referendum will have the best chance of success of any proposal since 1977, when three changes to the constitution were passed on the same day. We should also look to the remarkable outcome of the 1967 referendum. The community then was the united in a way never seen before or since in voting to remove some of the discriminatory clauses from the constitution. Surely, nearly 50 years later, Australians can be convinced to finish the job.

With concrete options for reform on the table, the government should move the debate forward by indicating a willingness to hold the referendum in 2015. It should not delay further, lest the momentum built up by campaigns such as Recognise be lost. Waiting also risks the issue becoming mired in politicking as the 2016 federal election approaches.

No final decision to hold the referendum need be made until the new year. The lie of the land will then clearer once people and interested organisations have responded to the committee’s report. To proceed, the move will not only require strong backing from the community and politicians, but from Aboriginal people. No referendum to recognise them in the constitution should be put without their clear support.