Opinion Time to take stand in defence of free speech

Australia is in the midst of a free speech debate that threatens to go nowhere, writes George Williams. 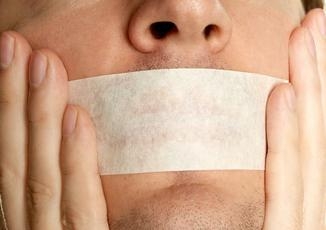 OPINION: Australia is in the midst of a free speech debate that threatens to go nowhere. Attorney-General George Brandis has argued that the nation has too many laws that trample on this freedom. He is right, but has not proposed a solution. Indeed, he seems strangely averse to suggesting the obvious, that freedom of speech must receive stronger legal protection.

The federal government has lost the battle on section 18C of the Racial Discrimination Act, but will have more to say on free speech. Brandis has asked the Australian Law Reform Commission to conduct an audit of all federal laws to identify those that "encroach upon traditional rights, freedoms and privileges". The commission has until the end of 2015 to complete this Herculean task.

The commission will undoubtedly tell us what we already know. That is, a long list of federal laws compromise freedom of speech. Many of these make section 18C look tame by comparison. For example, Australia has laws that permit journalists to be jailed for revealing government incompetence or wrongdoing. In addition, anti-terror laws enable people to be jailed merely for their speech.

Identifying such laws will be useful, but this raises the more important question. What should be done about these laws, and how can we stop similar laws being enacted in the future?

Rather than just identifying problem areas, we should also look to how the speech is protected more effectively elsewhere. The right is typically one of the first things to be protected in any national constitution or human rights act. For example, the first amendment to the United States constitution famously proclaims: "Congress shall make no law . . . abridging the freedom of speech, or of the press."

These national laws provide strong legal protection for freedom of speech. They can be used to overturn restrictions on the freedom, and can prevent bad laws being enacted in the first place.

Among all democratic nations, only Australia fails to protect freedom of speech in this way. The best protection on offer here is a freedom to discuss political matters, which the High Court has implied from the constitution.

This implication is narrowly focused, and does not extend to artistic, commercial, personal or academic speech, except where they relate to how people vote in elections. Hence, communications between family members or artistic works that have attracted controversy, such as Bill Henson's photographs of children, receive no legal protection.

Not surprisingly, the implied freedom has proved a frail shield. The High Court has only invoked it twice to overturn a law: once in 1992 to strike down restrictions on political advertising; and then in 2013 to invalidate a NSW law banning corporations, unions and individuals not on the electoral roll from donating to political campaigns.

This means that parliaments are usually able to act without restraint when it comes to taking away a person's freedom of speech. This is evident not only in federal laws, but also in Queensland's anti-bikie laws, which subject a person to jail for speech that associates them with a bikie organisation. Another example is an extraordinary bill being debated in Tasmania's parliament that will subject protesters to mandatory jail terms.

The state of Australian law reveals a contradiction at the heart of the free speech debate. Our political leaders describe freedom of speech as being sacrosanct, but, in practice, enact laws that compromise the right. Rather than being vigilant, they have been permissive in allowing the right to be eroded.

Brandis himself is an example of this. Despite his rhetoric about section 18C and freedom of speech, his government has announced a new anti-terrorism measure that will make it easier to ban organisations and jail their members merely for their speech. There is a clear and tested way of dealing with this problem. We should follow the path of every other democratic nation and impose checks and balances that prevent our politicians from undermining freedom of speech. This should be done by enshrining a general right to freedom of speech in the law. A national free-speech statute would override inconsistent state and territory laws, and set down a standard against which to measure other federal laws, such as section 18C.

The federal parliament has enacted a number of like laws for other human rights, including freedom from age discrimination and the right to engage in sexual conduct in private. Despite its importance, freedom of speech has never received the same protection.