Opinion What are double dissolutions and how do they work?

History demonstrates that double dissolutions can be tricky. If Tony Abbott does opt for that option, there will be many in the Coalition hoping that he’s got his polling right, writes Fergal Davis. 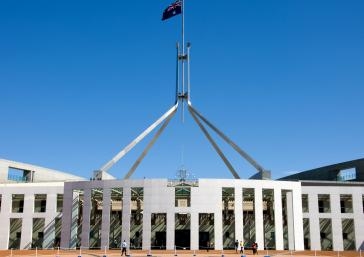 OPINION: Prime minister Tony Abbott has indicated (again) that he is willing to set in motion the procedures necessary to call a double dissolution election, in order to force the repeal of the carbon tax through the Senate.

But what is a double dissolution? Why does the Australian Constitution have such a mechanism? And what happens next?

Section 57 of the Australian Constitution allows the government to call an early dissolution of both the House of Representatives and the whole of the Senate. This results in fresh elections to both houses of federal parliament.

A double dissolution is a mechanism for breaking deadlock between the lower house and the Senate when the government does not control a majority in the both houses. This feature of Australian constitutional law is necessary because the Australian Senate is an unusually powerful upper house. Unlike the UK House of Lords or Irish Seanad, the Senate has real authority and does more than simply scrutinise legislation.

But with that power comes the potential for stalemate: and that potential exists in the case of the carbon price.

Abbott believes that he has a mandate, from the people, to repeal the carbon price. However, the current Senate (the new Senate will not be sworn in until July 1 next year) looks set to block any such efforts. Left unchecked, such deadlock could paralyse parliament. So Section 57 comes into play.

Under the Constitution, if the Senate blocks the government’s attempts to pass legislation twice (with a gap of three months between each attempt), the prime minister can trigger a double dissolution. At that point an election would be declared and Australia would prepare to go to the polls.

Lessons from the past

In 1951, prime minister Robert Menzies sought a double dissolution in order to reverse Labor’s attempts at nationalising the banks. Menzies won a majority in both houses and succeeded in passing theCommonwealth Bank Act (Cth) 1951.

Abbot will no doubt draw analogies between his position and that of Menzies – a new government seeking to overturn the policy of the last government, using a double dissolution to defeat a stubborn Senate.

But before rushing to the polls, Abbott might want to reflect upon the events of 1983. On that occasion, Malcolm Fraser sought a double dissolution, citing the unwillingness of the Senate to pass 13 bills. But the ALP changed leader from Bill Hayden to Bob Hawke on the very same morning that Fraser sought his dissolution. Hawke proved a more formidable opponent. Fraser lost the election and Labor went on to dominate federal politics until the mid-1990s.

The events of 1983 are somewhat unique, but they demonstrate the risks of heading to the polls. In particular, Abbott might want to consider the electorate’s reaction to being asked to vote again so soon after an election. The potential for a backlash is significant, and in many senses he would be betting the farm on the carbon tax being extremely unpopular.

Finally, having considered one loss and one win, the government should think about the potential for a pyrrhic victory. In 1987, the Hawke government called a double dissolution after the rejection of its Australia Card Bill. Hawke won a majority in the House of Representatives but failed to gain control of the Senate.

Hawke planned to push ahead with the bill. That approach might ultimately have resulted in a joint sitting of both houses of federal parliament. However, advice from retired public servant Ewart Smith made it obvious that even if the bill passed a joint sitting it would be unworkable. The writing was on the wall and the bill was left to die.

Next steps for Abbott

For Abbott, the timing of a double dissolution looks problematic. Section 57 is intended to prevent deadlock. Arguably, he should wait for the new Senate in July and then test his legislation. This could avoid fresh elections and would seem more in keeping with the spirit of Section 57.

On a related point, any attempts at a double dissolution prior to July are likely to be challenged by the new senators. As constitutional law expert George Williams hasalready argued, the new senators would claim that a double dissolution runs counter to other sections of the Constitution. Williams believes that the government would have the stronger case; but we would be in uncharted territory.

Finally, a double dissolution could result in a more unwieldy Senate. All Senate seats would be contested, and instead of electing six senators, each state would elect 12, while the ACT and Northern Territory would elect two senators each. In normal elections, the quota for a Senate seat is 14.3%. Because twice the number of seats are contested, that quota would be reduced to 7.7%.

The last federal election highlighted the problem of “vote harvesting” through backroom preference deals in Senate elections. A reduced quota would make vote harvesting by microparties more likely, and could result in a more diverse Senate. That, in turn, could make repealing the carbon price more difficult.

The law in this area is pretty clear; but the politics are complicated.

Fergal Davis is a Senior Lecturer in UNSW's Faculty of Law.