Opinion Who'll be the next judges of the High Court? 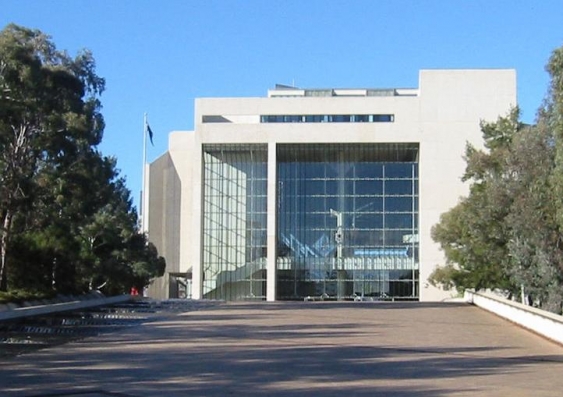 OPINION: The Abbott government will soon make two very significant appointments. They arise due to the retirements of Justices Kenneth Hayne and Susan Crennan from the High Court. The Constitution mandates that High Court judges must retire at 70, the so-called "statutory age of senility", which for Hayne is on June 5 and Crennan on July 1 next year.

The seven judges of the High Court have the final say on key aspects of the law. In recent years they have issued decisive rulings on the Gillard government's Malaysian plan, NSW political donation laws, the national schools chaplaincy program and Western Australia's Senate election. It was also the High Court that first recognised native title and in the years to come it may determine, for example, that Australian law incorporates a right to privacy.

Not surprisingly, every government wants to influence how such matters are decided. They do so by carefully selecting the people who sit on the court. This provides an opportunity not only to influence Australian law and politics in the short term, but for many years after. Prime Minister John Howard's last appointment to the court, Justice Susan Kiefel, was selected just before the 2007 election and need not retire until 2024.

The Abbott government must appoint a new High Court judge sooner than expected. Crennan will leave the court early on February 2, meaning that the announcement of Australia's 51st High Court justice is imminent. The government cannot afford to wait much longer, lest Crennan's replacement be unable to take up their duties immediately on her departure.

Every High Court appointment leads pundits to forecast who will be selected. Doing so can be fraught. The most worthy candidates often miss the cut, while others prove a surprise. As I have said elsewhere, predicting the next High Court justice is like trying to pick the winner of the Melbourne Cup, but without knowing who is in the field.

The selection itself is for the federal government alone. The only thing it must do is "consult" with the states. This usually has little or no effect. Indeed, a strong push by the states can harm a person's chances. It is rare for a federal government to appoint someone who may favour the interests of the states over those of the Commonwealth.

The Rudd and Gillard governments made four appointments to the court. In doing so, they consulted more broadly than had been the case. In addition to asking the states for names, they sought advice from groups such as Australian Women Lawyers and the deans of Australia's law schools. This time round, Attorney General Brandis has dropped this in favour of taking more limited soundings.

In announcing his selection, Brandis, like his predecessors, will no doubt emphasise that Australia's next High Court judge has been selected on the basis of "merit". This is only partially true. Legal ability is undoubtedly a central consideration, but it disguises the many other factors that also come into play.

As High Court Justice Stephen Gageler wrote prior to his appointment, it is "naive" to believe that appointments are made on merit alone. He suggested that at any one time there may be 50 people in Australia capable of fulfilling the role. In choosing between them, governments legitimately take into account considerations such as "geography, gender and ethnicity".

Other considerations can also be brought to bear. Past appointments have reflected personal friendships, as well as the political outlook of the government. An example of the latter was when deputy prime minister Tim Fischer declared prior to the appointment of Justice Ian Callinan in 1998 that he wanted to see a "Capital C Conservative" appointed to the court.

Political factors will no doubt again play a role this time round. The Abbott government will be minded to appoint judges likely to favour its position on current and future legal controversies, such as its power to deal with asylum seekers as it wishes, and the Commonwealth's power to spend taxpayers' money.

Geography will also be important. Hayne and Crennan are the only Victorians on the court. If people from other states are appointed, it will be the first time since 1906 that no Victorian has sat on the court. This outcome is unthinkable given the great strength of the Victorian legal profession, and its many leading candidates for appointment.

If you were wanting to place a bet on Australia's next High Court judge, the smart money would be on a serving judge from Victoria, aged 60 or under, with impeccable legal credentials. The person would also be favourably regarded in conservative circles and would not have a background of supporting the states. Beyond that, it's anyone's guess.