Opinion Why didn't anyone help Nigella?

We still have a long way to go before people understand that domestic violence is a crime that should be met with zero tolerance, writes Alecia Simmonds. 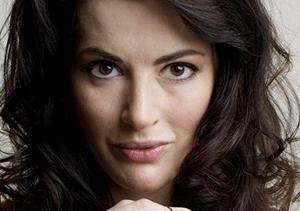 OPINION: When Charles Saatchi choked, pinched and assaulted Nigella Lawson at Scott’s restaurant in London bystanders gawped and took photographs. No-one called the police and no-one attempted to help her. When asked to comment on the incident a spokesperson for the restaurant said: ‘we do not comment on the private affairs of clients.’ The choice of words is a good indication of why onlookers tolerated a crime in a way they wouldn’t if it were any other crime.

The reason, I think, is not that the 70 year old Saatchi posed such a hulking physical threat. It is simply because what they saw would normally have taken place behind closed doors, in a domestic setting where law, for most of our history, has refused to enter. Thanks to years of feminist campaigning domestic violence legislation has relatively recently sought to challenge the idea that these incidences are ‘just another domestic’ and to end the violent tyranny too many men wield over their partners. Yet for all our legal reforms, the Nigella incident proves that domestic violence is still considered a private matter between husband and wife. Domestic violence is simply not taken as seriously by our society as other crimes.

But let’s go back a bit and question why it happened in the first place. I am not interested, as much mainstream media seems to be in blaming the victim. I don’t really want to know about Nigella’s troubled relationship with her mother and nor, like radio presenter Dee Dee Dunleavy would I demand that Nigella press charges or call her a cowering victim. Let’s focus instead on Charles Saatchi, specifically, why Charles Saatchi felt that he had a right to assault Nigella Lawson.

A clue may be found in his execrable memoir:Be The Worst You Can Be: Life’s Too Long For Patience and Virtue. Here he said that wives ‘make excellent housekeepers’ because‘they always keep the house’. One of the obvious things that we can conclude from this is that Charles Saatchi is a misogynistic Neanderthal with a penchant for tautology. But beyond that, it suggests what criminological studies have long found: gender inequality lies at the root of domestic violence.

To inflict violence upon women, a man at base has to have been taught that they have the right to ‘dominate, humiliate or even hit their wife or girlfriend’. Where would they get this idea? Well, according to Bell and Goddard boys who witness violence at home are more likely to approve it. But this doesn’t mean that all children who come from violent homes grow up to be perpetrators. The causes of domestic violence probably lie more in models of masculinity that emphasise physical mastery over women, outdated ideas of the family unit as a space ruled by men with women and children as their property, and from women’s economic dependence on men. Intimate violence operates as a means of maintaining patriarchal power – violent partners terrorise their families much in the same way that a dictator will inflict arbitrary violence in order to subjugate a population.

Charles Saatchi also probably felt that he had a right to assault Nigella Lawson because he correctly presumed that no-one would report him to police. If he did presume this, statistics are on his side. According to academic Richard Feldon, domestic violence and sexual assault are less likely to be reported than any other crime. The Australian Bureau of Statistics says that more than 60% of domestic violence goes unreported. Fear of reprisal, economic and psychological dependence and anticipation that police will not take it seriously are some of the reasons researchers have found as to why victims fail to report domestic violence. For the public witnessing domestic violence, failure to report is simply because of the persistence of the idea that it’s a private matter.

Victims’ fears that the criminal justice system will not take domestic violence seriously seems well-founded. In the case of Nigella, a spokesperson from the Metropolitan Police said that they are first inquiring to ‘assess whether an investigation is necessary’mentioning that Nigella had not made a complaint. I wonder what evidence, beyond photographs of someone being choked and eye-witness reports of their humiliation is exactly required?

And of course Nigella lodging a complaint is not necessary for police to act on a report of domestic violence, although sensitivity to the wishes of the victim should always be paramount. From the photographs  circulating without her consent, to the failure to help her during or after the assault through to bullying cries of the twittersphere for her to press charges, sadly no-one seems to be considering the needs of Nigella.

The photographs bring into stark relief the fact that domestic violence cuts across class and social background. But more than anything, that these photographs were taken without anyone intervening or calling police shows that we still have a long way to go before people understand that domestic violence is a crime like any other that should be met with zero tolerance.