Opinion Windsor vote could open can of worms

Rather than uniting Australians, a plebiscite on gay marriage is likely to deepen divisions and further polarise the community, writes George Williams. 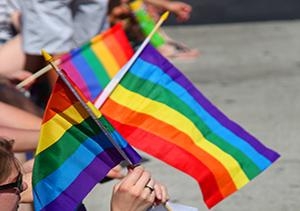 OPINION: A national vote on gay marriage holds the alluring prospect of providing an immediate way to achieve this important social change. It could be the circuit breaker that allows the will of the people to overcome the intransigence of their representatives. Despite this, supporters of marriage equality would do well to reject the idea.

However, Windsor is not suggesting that Australians vote on gay marriage by way of changing the constitution. Instead, people would just be asked to vote yes or no to the idea. Taking the mood of the electorate in this way is typically called a plebiscite, rather than a referendum.

A plebiscite does not change the law and is not binding. However, when a majority of voters speak in this way, it becomes very difficult for politicians to ignore the result.

Although constitutional referendums are common in Australia, plebiscites are not. Nationally, Australia has held 44 referendums, but only three plebiscites. The first two occurred in 1916 and 1917, when people voted against introducing conscription during World War I. The last was in 1977, when we chose Advance Australia Fair as our national anthem. It received 43 per cent of the vote with Waltzing Matilda coming in second with 28 per cent.

Plebiscites are more common at the state level. For example, Western Australians voted in 1933 to leave the Commonwealth, and in 2009 chose not to introduce daylight saving time. Sixteen plebiscites have been held in NSW, with four alone held on the opening and closing times of pubs.

Plebiscites can play an important role. Sometimes a popular vote is required for a major change to occur, such as introducing daylight saving time. In such circumstances, politicians may be unwilling to act without a clear demonstration of public support.

Windsor's call for a poll on gay marriage deserves serious attention. It is a genuine attempt to resolve the deadlock in which the federal parliament has become entrenched in a position at odds with public opinion. However, his idea should not be adopted.

National polls of this kind involve more than reasoned debate. They attract extreme views and give licence to the media to report them. This would likely include absurd and offensive claims that vilify gay and lesbian people. There are real dangers in holding a vote on contentious moral topics like gay marriage, abortion and euthanasia.

Rather than uniting Australians, a plebiscite on gay marriage is likely to deepen divisions and further polarise the community. This is not the way to bring about social reform. The change should be positive and celebratory, as was the case in New Zealand, rather than edged with rancour and bitterness.

An additional problem is that, even if a plebiscite is passed, it would not guarantee that federal law recognises same-sex marriage. This would still require legislation to be passed in Federal Parliament.

Windsor has said that a national vote would take the issue of same-sex marriage ''out of the hands of politicians'' and let the public decide. This is not correct. Parliamentarians might decide not to implement a yes vote, especially if the result is close. Politicians with a religious objection to same-sex marriage may also refuse to budge on the basis that matters of conscience should not be dictated by community opinion.

The final problem is that the case for a plebiscite assumes that Parliament can authorise same-sex marriage. While there are good arguments to say that its power extends this far, the High Court has yet to decide this.

The constitution states that Parliament can pass laws on ''marriage''. There is a prospect that the High Court would interpret this word according to the intentions of the framers of 1901. This would mean that Parliament is limiting laws for marriage between a man and a woman. If so, a national plebiscite might prove to be misguided, though it might encourage the states to act.

This potential deficit of federal power could be remedied by changing the constitution. That document could be altered so that Parliament can pass laws for ''marriage, including marriage between people of the same sex''. However, this would require a referendum to change the constitution, and not merely a plebiscite. This would go beyond the testing of public opinion that Windsor has proposed.