Who will make sure that the new national security legislation is proportionate, necessary and likely to be effective, asks Fergal Davis. 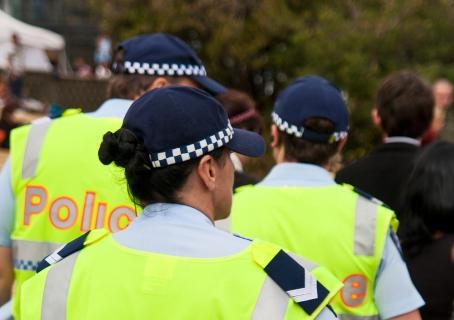 OPINION: George Brandis, the attorney general, is set to bring new national security legislation before the senate that will target Australian citizens returning from conflicts abroad. He wants this legislation to pass – and to pass quickly – and as such is invoking the twin themes of national security and bipartisanship.

I don’t deny the need for national security legislation, although Brandis' proposals are likely to impinge on the rights of Australians. I want to ask a different question: can we have faith that the proposals will be properly scrutinised?

The attorney general is seeking a bipartisan approach to avoid a lengthy scrutiny process. When asked if there would be an exposure draft of the proposed legislation, he said “we’ve been in discussion with the shadow attorney general’s office”. In the interests of national security, he expects the Labor Party’s support.

If, as expected, Brandis gets his way, who will make sure that the resulting legislation is proportionate, necessary and likely to be effective?

The last time there was a broad-based rollout of new national security legislation was in the wake of the 2005 London bombings. Then-prime minister John Howard sought to introduce extensive anti-terrorism measures, and like Brandis, set about building a consensus.

The proposals required the agreement of the states and territories, so they released a draft of the legislation to the heads of the Australian governments, and convened a meeting of the Council of Australian Governments.

However, then-ACT chief minister Jon Stanhope refused to play ball. Stanhope published the draft legislation on his website and commissioned legal advice on the compatibility of the draft bill with the ACTs Human Rights Act.

Stanhope’s actions created the time for scrutiny of the proposed laws, resulting in some much-needed amendments. But where are today’s Stanhopes?

The first possibility is that Labor might deny Brandis the bipartisanship he is seeking. Mark Dreyfus, the shadow attorney general, has been unusually robust. Specifically, he has referred to the need for an exposure draft. So it is possible that Labor will demand thorough scrutiny in parliament. Alternatively, Dreyfus might exact concessions during this period of negotiation in return for bipartisan support.

Much has been made of the make-up of the new senate. Perhaps it can fulfill its promise as a strong check on executive power. Perhaps Clive Palmer’s PUP or one of the micro-party independent senators will take up this cause as a way to make their political reputation. Even if that did occur, bipartisan support would guarantee the government the numbers. The senate can be neutralised by the combined will of the Coalition and Labor.

In the end the committee system is dominated by the two major parties. Politicians are less constrained in committee, but it is likely that bipartisanship will limit their effect.

Up until now Walker, while pulling no punches, has guarded the independence of the office of INSLM. That may be set to change. Walker’s term as INSLM is over and the government has announced plans to abolish the office entirely. Those facts combined might liberate Walker to be even more blunt.

Right now it is not obvious who will step forward; who will force a thorough examination of this national security legislation. It could be Dreyfus, Palmer, a committee chair, or someone else. We are left hoping for another Stanhope.