UNSW has struck a $70 million deal to create a consortium to develop and commercialise technology that could lead to the world’s first quantum computer in silicon. 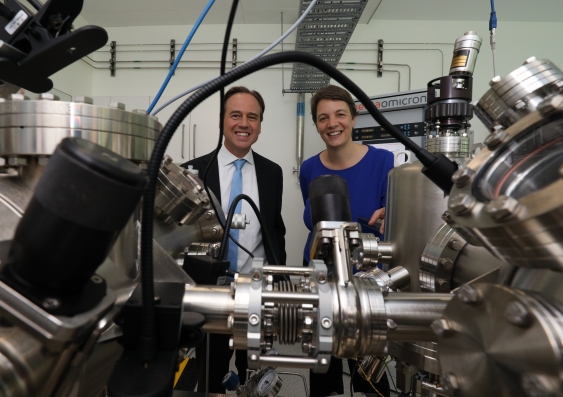 UNSW has struck a $70 million deal to create a consortium to develop and commercialise technology that could lead to the world’s first quantum computer in silicon.

The four-way agreement between UNSW, the researchers, business and the federal government will pave the way for the development of a prototype silicon quantum integrated circuit – the first step in building a functional quantum computer.

The UNSW team is the only research group in the world that can make atomically precise devices in silicon. The scientists and engineers, within the Australian Research Council Centre of Excellence for Quantum Computing and Communication Technology (CQC2T) led by UNSW Scientia Professor Michelle Simmons, hope to have built a 10-qubit circuit within five years.

Winning the global race to build a functional quantum computer will give Australia a significant competitive advantage, creating new growth and job opportunities.

In funding already announced, the federal government has contributed $25 million over five years to the consortium through its National Innovation and Science Agenda, complementing $25 million from UNSW, and $10 million each from the Commonwealth Bank of Australia and Telstra. Other partners are expected to join the consortium to bring the founding investment to $100 million. 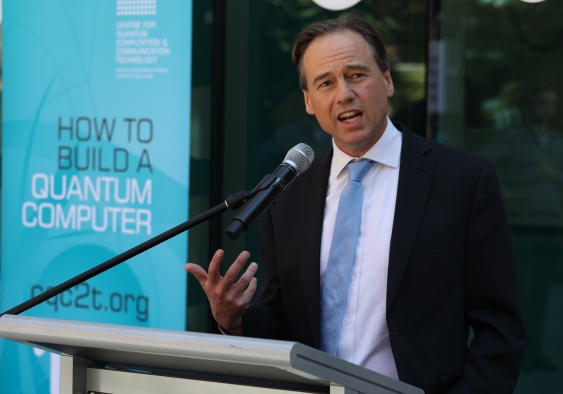 The Australian Research Council recently extended funding to the CQC2T as a Centre of Excellence. This funding, comprising $34 million in government contributions and $103 million in cash and in-kind support from participating organisations, supports the Centre’s fundamental research over the next seven years.

Minister Hunt said this week's announcement was the culmination of negotiations over the IP of the technology development and was an example of how governments, universities and business could work together to translate great research into commercial reality.

Quantum computing has the potential to revolutionise the industries of the future, solving in hours or minutes problems that would take conventional computers – even supercomputers – centuries, he said.

“Winning the global race to build a functional quantum computer will give Australia a significant competitive advantage, creating new growth and job opportunities,” he said.

The Minister said he agreed with a categorisation that likened the international competition to build the first functioning quantum device as “the space race of the 21st Century”.

“I would call it Space-Plus: it’s the development of the next great economic activity for Australia and for the world. 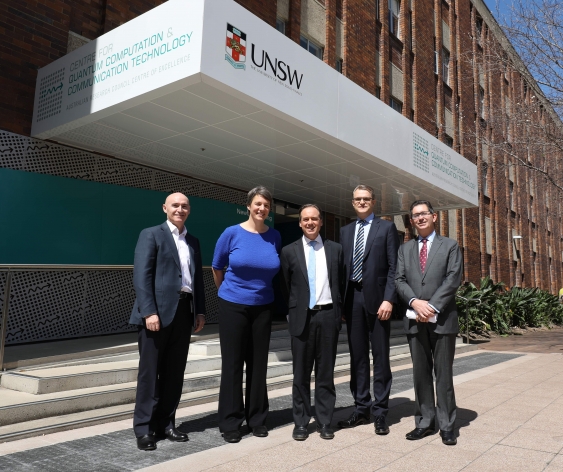 “The Government has supported our fundamental research over many years and this new agreement is a unique opportunity that will allow us to do things that we would not be able to do under the normal research banner in Australia.

“It is a phenomenal opportunity for us to prototype potentially transformational quantum computing technology here in Australia, and be the first in the world to build 10 qubits [of quantum circuitry] in five years,” she said.

Minister Hunt said he personally believed in the work of the centre, and set Professor Simmons and her team a goal – “that the Centre give rise to at least one Nobel laureate over the next 20 years”.

“I think you can deliver because if the promise of what is being posed and researched and developed today reaches just one-fifth of its expectation, that will be of Nobel scale, and for Australia that will be an immense global achievement.”

UNSW Vice-Chancellor Professor Jacobs agreed. “You’ll be interested to know what motivates academics more than anything else … it’s parking spaces,” he joked, and explained that the University had set aside a parking spot outside the Chancellery building, as a reward for its first Nobel Prize winner.

“I echo your hope that that first Nobel Prize comes from this great group of scientists, that it leads to developments that are truly important for the future of humanity, and to the creation of Quantum Harbour in Sydney, to the benefit of this nation,” he said.