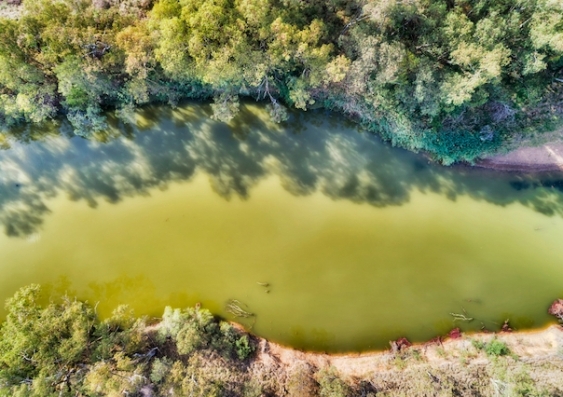 Gwydir River, part of the Murray-Darling Basin, is the subject of a new study by researchers at the UNSW Centre for Ecosystem Science. Photo: Shutterstock

The often-overlooked “human factor” in water management rules can have serious consequences for water supply for both irrigated agriculture and the environment, new UNSW Sydney research has found.

The study, published in the international publication Journal of Hydrology last month, investigated the elaborate myriad of decisions that river managers make about how to allocate and account for the water available.

Alarmingly, when researchers swapped the rules governing the Gwydir and Macquarie rivers of the Murray-Darling Basin in NSW, their analysis revealed stark differences in the water volume available long-term for the rivers and irrigation diversion: between −6% and +0.1% in the Gwydir River and between −4% and +22% in the Macquarie River.

Lead author Dr Celine Steinfeld, Adjunct Research Fellow at UNSW’s Centre for Ecosystem Science, said the researchers’ findings had significant implications for licensed water users and the governments which own, audit and manage water in rivers under the Murray-Darling Basin Plan.

“Water sharing plans and the Basin Plan itself are supposed to allow for clear tracking of what happens to the water in the rivers, but these documents are complex and opaque, and it is virtually impossible for the general public to understand how water is allocated to a licence,” Dr Steinfeld said.

“What is clear, is that there are major differences in how a set of inconsistent and largely unknown rules influence the volume of water available to irrigators and the environment in the rivers of the Murray-Darling Basin.

“So, the amount of water allocated to billions of dollars’ worth of water licences is not simply a matter of how much water is available in a catchment.” 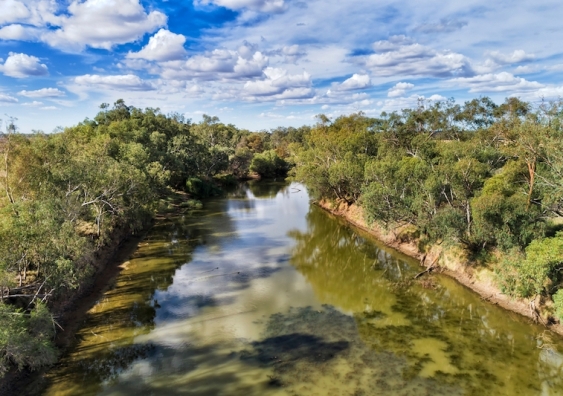 The amount of water delivered usually depends on how much water there is in large, government-built dams, which allows government agencies to allocate this water according to licensing rights.

Co-author Professor Richard Kingsford, Director of the Centre for Ecosystem Science at UNSW, said the “black box” of river management rules made it difficult to track what was happening and for the Murray-Darling Basin Authority to transparently audit management.

“It is remarkable that we can have the same water agency – in the same state and governed by the same legislation – run two rivers in the Murray-Darling Basin in such different ways without any clear justification,” Prof Kingsford said.

“Specifically, we identified the two quite disparate ways that the Macquarie and Gwydir rivers are managed: the Macquarie River runs on a ‘credit’ model, whereas the Gwydir River uses a ‘debit’ model to allocate water.”

Prof Kingsford said the Macquarie River’s “credit” system meant that water managers allocated water even before it rained and before Burrendong Dam (the main dam) filled up.

“Water managers use the historical record of flows to ‘predict’ what will be in the dam and then distribute the water,” he said.

“This is like anyone overusing their credit card; if your income stream dries up, you are in trouble.

“In particular, our study shows that changes in flow because of climate change, including the recent drought, can cause this allocation framework to fail.” 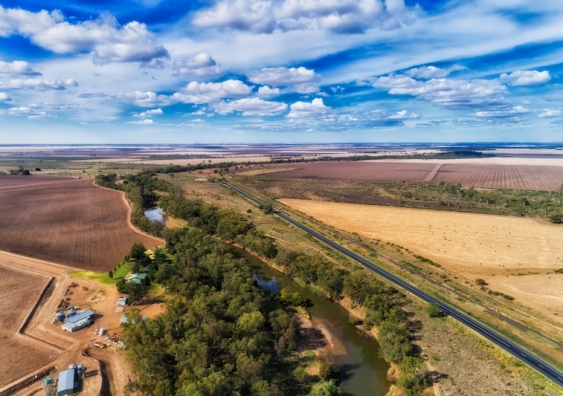 Gwydir River, part of the Murray-Darling Basin, is the subject of a new study by researchers at the UNSW Centre for Ecosystem Science. Photo: Shutterstock

“For the Gwydir River, water managers wait until flows have arrived in the dam before giving out the water,” she said.

“This is critical because the Gwydir Wetlands, listed under the Ramsar Convention on Wetlands of International Importance, depend on the volume of water in the river.

“Similarly, the amount of water in the Macquarie River is essential for the health of the Macquarie Marshes – also an internationally significant Ramsar site – and the floodplain graziers who depend on the flooding there.”

Prof Kingsford said it was no accident that some of the Murray-Darling rivers in most trouble during the recent drought were those such as the Macquarie River, where water plans were abandoned as towns like Dubbo expected to run out of water.

“Worse, we see the NSW Government now thinking it can fix this problem by building another weir to capture water in the Macquarie River, largely ignoring proper environmental assessments and impacts on the river and the internationally important Macquarie Marshes and ignoring this 'black box' of rules,” he said.

“At the same time, water management plans using a more conservative ‘debit’ rule, where only water in storage was allocated, remained in place for the Gwydir, Namoi and Border rivers,” she said. 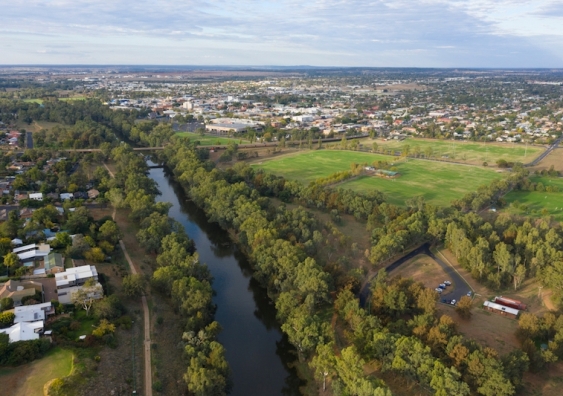 The researchers say their findings will have major implications for water users who make decisions based on the availability of water for agriculture, and for water traders who exchange water entitlements across different river systems.

They also assert that the study has ramifications for the Australian Government which holds more than two billion litres of environmental water entitlements across multiple river valleys and is tasked with delivering the outcomes of the $13-billion Murray-Darling Basin Plan.

Prof Kingsford said the highly complex water allocation rules had evolved differently across river systems for decades and it was time for a review.

“Each jurisdiction in the Murray-Darling Basin has its own separate policies and allocation frameworks which determine how water is allocated to individual entitlement holders,” he said.

“Some rules are not well documented while others are enshrined in legislation making them very difficult to change. They are also subject to interpretation by river managers.

“This is a black box which must be opened up so all those who depend on the water can see what is happening and how water managers are running our rivers.”

Dr Steinfeld said the way in which water was managed was integral to the long-term sustainability of the Murray-Darling Basin and the livelihoods of its communities.

“Our study recommends a systematic review of water management rules to ensure that evidence-based rules are in place and there is greater transparency around how the rules influence water allocations,” she said.

“This is necessary to maximise the benefits to water users and river health, and for managing risks to water supply in a variable and changing climate.”

There’s no end to the damage humans can wreak on the climate. This is how bad it’s likely to get