Opinion Are we funding the right researchers in Australia?

If we want universities to help fuel innovation, then we need to ensure the right researchers are being supported by our funding bodies, write Adam Micolich, Michael J. I. Brown and Gaetan Burgio. 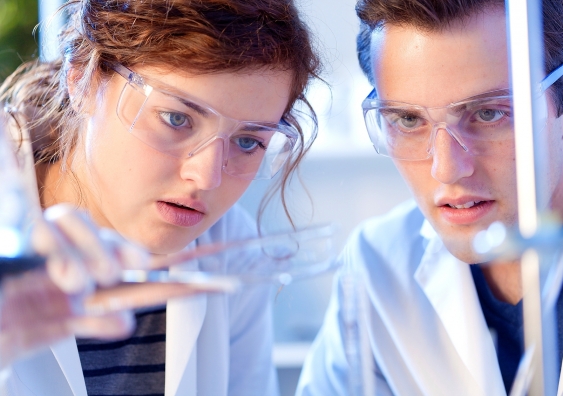 But if funding is too risk averse, then academics will play it safe and fail to innovate. And if funding only flows to senior researchers, then younger researchers will leave the sector.

The outcomes of several ARC schemes were announced last Friday. We, along with many other Australian academics, waited for the announcement with a combination of expectation and dread.

Why dread? Because only 17.7% of ARC Discovery Project grant applications are funded. That means more than four out of five applications – and all the researchers attached to them – are left in the lurch. For the lucky few who do get funded, budgets are typically slashed by a third.

Perhaps we can count ourselves among the lucky few, since some of our grant applications were funded.

On for young and old?

If so few applications are successful, it raises the question of who is receiving the funding, and are they the best people to advance innovation in research?

So who is rewarded by ARC funding? There are fellowships for early career, mid career and high profile researchers. However, for many academics, their main access to research funding is via ARC Discovery Projects.

The ARC’s statistics show that researchers have a 17.7% chance of successfully applying for an ARC Discovery Project. Looking at the ARC’s numbers, it initially seems that seniority doesn’t provide that much advantage. Even academics who received their PhDs two decades ago have a success rate between 20% and 23%.

However, the ARC’s statistics omit key details. A grant application may have multiple “chief investigators” (CIs), but it is often the lead chief investigator who defines the research program and receives the lion’s share of the funding and kudos.

This year, all 15 of the successful astrophysics ARC Discovery Projects were led by full professors rather than less senior researchers. Was this a statistical fluke? Or are the stats on the ARC website not telling the full story?

This outcome isn’t completely unexpected. 55% of the selection criteria for ARC Discovery Projects is based on investigators' track record and the institutional research environment. The project quality and innovation is just 25% and feasibility and benefit a mere 20%.

Is this such a bad thing?

How does one square the ARC’s numbers with our statistics for lead investigators? Firstly there are some full professors who completed their PhDs less than two decades ago. There are now Gen X professors, such as astronomers Lisa Kewley, Tamara Davis and Mark Krumholz, but that doesn’t completely explain the stats.

What does explain the statistics are teams led by professors with less senior academics in supporting roles. Could this be a good thing, with senior academics mentoring junior academics within large teams? Maybe, but we believe there are serious risks with this approach.

The messaging within many universities (and implicitly with the ARC’s own statistics) is junior academics are expected to successfully lead ARC grant applications. Indeed, successful receipt of ARC funding is one of several metrics typically used for promotion and tenure. While it isn’t completely impossible for junior academics to lead ARC Discovery Projects, it may be an unrealistic expectation, and more likely to deliver poor morale than funding.

Gender inequality is very much present in academia, and becomes worse with seniority. While the gender ratios in ARC Discovery Projects follow the ratio of applicants and seniority, the lack of women in senior roles within academia means just 20% of ARC Discovery Projects are led by women. This low figure and unrealistic expectations may contribute to the leaky pipe of women leaving academia.

Brian Schmidt has warned that researchers reach their peak productivity before the age of 50 and we reward too much funding to researchers past their prime. Schmidt undertook his Nobel Prize winning research into the accelerating expansion of the universe in his late twenties and early thirties.

Adam Micolich is an Associate Professor in Physics at UNSW.

Michael J. I. Brown is an Associate professor at Monash University.

Keep pressing the case for research as a public good