There is a real threat from Chinese ownership of electricity networks such as Ausgrid. The Treasurer needs to be more frank about these threats, writes Greg Austin. 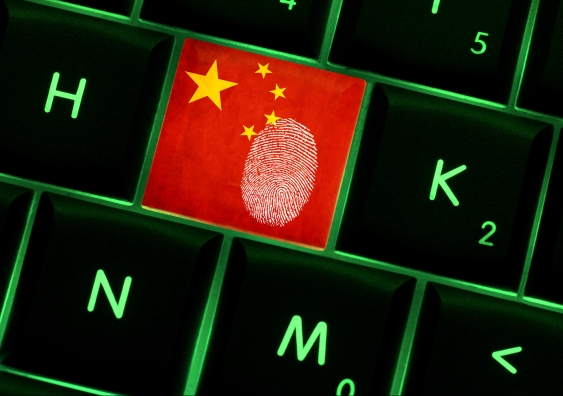 OPINION: Treasurer Scott Morrison has decided not to approve a controlling stake for either of two Chinese bidders in Ausgrid, the electricity network in New South Wales. He has cited national security concerns but has refused to be drawn further on the reasons.

In explaining his rejection of the bids, Morrison said: “The only person who’s security-cleared in this room to be able to hear the answer to that question is me.”

This position has been dictated by the government’s lack of candour and clarity about the threat faced from China in cyber space. Control of the NSW electricity grid gives its operators the ability to shut down much of Australia’s internet, including for many national security purposes. But Morrison appears to feel he can’t say that and this should be a secret.

A quick reading of the international media, the United States Congressional record, or press releases from the intelligence agencies tells us more about this subject than anything the Australian government has ever said in public.

From President Obama down, the United States makes no secret that China has targeted the US electric grid in cyber space, a view made plain without naming China in his 2013 State of the Union address:

our enemies are also seeking the ability to sabotage our power grid, our financial institutions, our air traffic control systems.

The US Department of Energy has identified cyber attacks as a major threat to the reliability of energy supply in the country.

China, though not named in public by the government, is one of the major sources of cyber espionage that threatens Australia. And it engages in massive cyber surveillance of its own people.

However China has important economic interests in Australia. And, as President Xi Jinping said in June 2016, China also remains technologically backward compared with the United States and its allies. For these reasons, we can conclude as the Australian government has, that China has no inclination to mount a devastating attack on Australia in cyber space except in a major war. This assessment was contained in an Australian government threat report in 2015.

The report said such an attack on Australia was not likely outside of period of significantly heightened tension of escalation to a major conflict, though it did not name China. Australia assesses such a war with China to be highly unlikely, noting in the 2016 Defence White Paper that a “military attack” on Australia is “no more than a remote possibility”.

However there is wide confusion in Australia about how the China factor shapes or should shape government review of foreign investments. On the one hand, the government repeatedly suggests China is a threat to our trade in the South China Sea and that it is a threat to global rule of law. On July 13 2016, for instance, Foreign Minister Julie Bishop saidthe United Nation’s Convention on the Law of the Sea is: “a foundation to maritime trade and commerce globally and so to ignore it would be a serious international transgression”.

In 2012 under Labor’s Julia Gillard, and then again in 2013, under the Coalition, Australia also prevented Chinese-owned Huawei from bidding on contracts for the national broadband network because of “national security concerns”. This is “diplomatic speak” for the company’s known or assumed links with Chinese cyber intelligence activities.

On the other hand, the Australian government has signed a free trade agreement with China that opens the door to large scale investment from the country. The government also says that China is a worthwhile and reliable partner (listed among “key partners” in the 2016 Defence White Paper) in solving global and region security problems, including cyber security, disaster relief and humanitarian assistance.

Australia participates in joint exercises between the Chinese military personnel and the Australian Defence Force, extending even to small exercises on Australian territory as recently as 2015. The Australian government also allowed Alcatel Lucent to be a supplier for the national broadband network when some of the components parts for NBN are sourced from Chinese manufacturers a short distance away from a Huawei plant near Shanghai.

These competing impulses were visible in 2015 when Australia went against the express wishes of the US government by approving a Chinese corporation’s bid to lease wharves in Darwin harbour, a move which I see as quite reasonable and not inconsistent with our national security interests.

But as Morrison implied, the reasons are “too secret” for the Australian public to know. I support Morrison’s decision, but there is a need for a more mature and open conversation between the government and the country about why this decision was made.

Greg Austin is a Professor at the Australian Centre for Cyber Security, UNSW Canberra.