Deforestation threatens much of Australia’s extraordinary biodiversity and, if not redressed, will blight the environmental legacy we leave future generations, warn scientists including Richard Kingsford, Martine Maron and Brendan Wintle. 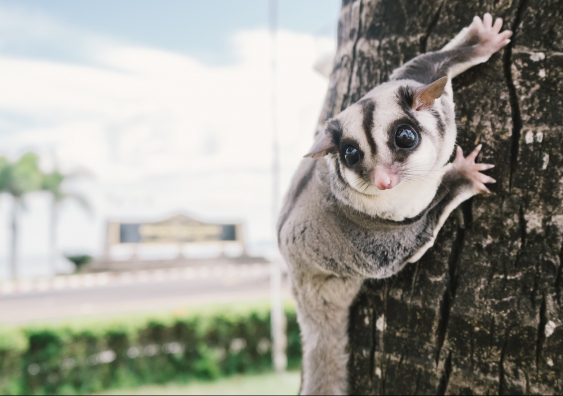 However, those laws are now being wound back.

The State of Queensland has suffered the greatest loss of forests and woodlands. But while stronger laws by the mid-2000s achieved dramatic reductions of forest and woodland loss, recent weakening of laws reversed the trend. Loss of mature forest has more than trebled since 2009. In Victoria, home to four of Australia’s five most heavily cleared bioregions, land clearing controls were weakened in 2013, and in New South Wales, proposed biodiversity laws provide increased opportunities for habitat destruction.

Of the eleven world regions highlighted as global deforestation fronts, eastern Australia is the only one in a developed country. This problem threatens much of Australia’s extraordinary biodiversity and, if not redressed, will blight the environmental legacy we leave future generations. 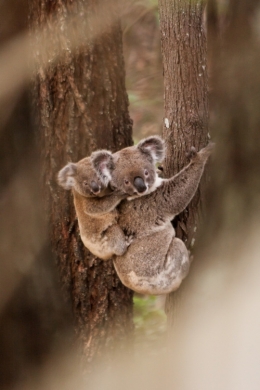 Koala populations in Queensland have declined by almost 60%, and loss of habitat is a key driver. Photo: D Teixeira

Already, Australia’s environment has suffered substantial damage from clearing of forests, woodlands and grasslands, including serious declines in woodland birds and reptiles.  Vast numbers of animals are killed by forest and woodland destruction. For example, between 1998 and 2005 an estimated 100 million native birds, reptiles and mammals were killed because of destruction of their habitat in NSW; in Queensland, the estimate was 100 million native animals dying each year between 1997 and 1999. As land clearing once again escalates, so too will these losses of wildlife.

The loss of habitat is among the greatest of threats to Australia’s unique threatened species, imperilling 60% of Australia’s more than 1,700 threatened species. Habitat protection is essential for preventing more species from becoming threatened in the future, adding to our burgeoning threatened species lists. Habitat removal eliminates the plants and animals that lived in it; increases risks to wildlife from introduced predators; impacts surface and groundwater-dependent ecosystems, and fragments habitat so that individuals are unable to move through the landscape. It also reduces the ability of species to move in response to climate change.

The societal costs of forest and woodland destruction

Continued and increasing removal of forests, woodlands and grasslands increases the cost of restoring landscapes and reduces the chance of success. For example, the Australian Government has committed to plant 20 million trees by 2020. Yet many more than 20 million trees are cleared every year in Queensland alone.

Forest and woodland destruction increases the threat to some of Australia’s most iconic environmental assets. Coral health on The Great Barrier Reef has declined precipitously from the effects of high temperatures associated with climate change, poor water quality, and the flow-on impacts it triggers (such as crown-of-thorns outbreaks). Native vegetation removal from catchments that flow into the Great Barrier Reef liberates topsoil and contaminants, reducing water quality and threatening the health and resilience of the Great Barrier Reef. Governments have already spent hundreds of millions of dollars on this problem, with estimates of the full cost of restoring water quality as high as AUD$10 billion. 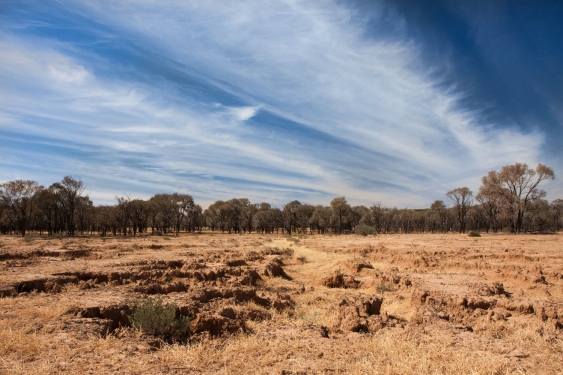 The scale of the problem has tripled in just three years, with woodland and forest loss at nearly 300,000 hectares per year, putting Australia amongst the world’s worst deforestation hotspots. Photo: D Teixeira

Native vegetation is a major carbon sink. Forest and woodland destruction is the fastest-growing contributor to Australia’s carbon emissions, as it transfers the carbon that was stored in the vegetation to the atmosphere. Hence, Australia’s increasing forest and woodland destruction threatens its ability to meet its commitments under four major international treaties: the Convention on Biological Diversity, the World Heritage Convention, the Convention to Combat Desertification, and the Framework Convention on Climate Change.

Thirteen years ago, scientists from across the world expressed their grave concern about ongoing high rates of land forest and woodland destruction in the Australian State of Queensland18. For a while, the warning was heeded, and the Queensland state government acted to bring land clearing to historically low levels.

The progress made then is now being undone. Forest and woodland destruction has resumed at increasingly high rates. This return of large-scale deforestation to Australia risks further irreversible environmental consequences of international significance.

This statement, signed by 200 senior scientists from Australia and around the world, was released this week at the Society for Conservation Biology Oceania conference in Brisbane. A version with references is available on request.

Professor Richard Kingsford is Director of the Centre for Ecosystem Science at UNSW.

Martine Maron is an  ARC Future Fellow and Associate Professor of Environmental Management at the University of Queensland.

Brendan Wintle is an Associate Professor, ARC Future Fellow and theme leader in the ARC Centre of Excellence for Environmental Decisions based at the University of Melbourne.