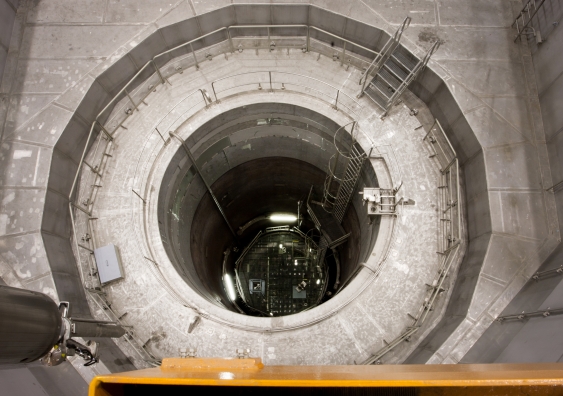 OPINION: Last month the South Australian Nuclear Fuel Cycle Royal Commission recommended that the state government develop a business venture to store a large fraction of the world’s high- and intermediate-level nuclear power station wastes in South Australia. It proposes to do this by first building an interim above-ground store, to be followed by permanent underground repository.

But the commission’s recommendation is based on several debatable assumptions, including:

I have analysed critically these and other assumptions of the royal commission in a scholarly paper published in the international journal Energy Research and Social Science.

The commission’s economic analysis rests on the heroic assumption that customers would, upon delivery of their nuclear wastes to South Australia, pay up-front for both interim above-ground storage and permanent underground storage. This would be up to 17 years before the underground repository has actually been built. The estimated total payment would be about A$1.75 million per tonne of heavy metal (tHM) for storing possibly 138,000 tHM in total.

However, this ignores the huge financial risk to the government and taxpayers in the following scenario: the SA government builds the initial facilities – port, underground research and an interim above-ground storage – at a cost of about A$3 billion. Commencing in year 11, customers deliver their nuclear wastes in dry casks, but pay initially only for the costs of interim storage of the casks, declining to pay for geological storage until the underground repository has been built and becomes operational in year 28.

Despite the royal commission’s claim that the government would not develop the project under these conditions, the government could be influenced to accept the wastes by pressure, both positive and negative, from overseas governments, multinational corporations and/or internal politics.

Then, after a large quantity of nuclear waste has been placed into interim storage in SA, the government might not proceed with the geological storage, costing an extra A$38 billion, for technical, political or financial reasons.

A similar situation occurred in the United States with the termination of funding for the Yucca Mountain repository after US$13.5 billion had already been spent.

In this scenario, SA would be locked into managing a large number of dry casks, designed only for interim storage and located above ground, which will gradually erode and leak their dangerous contents over several decades. The physical hazards and the corresponding financial burden on future generations of all Australians would be substantial.

In this scenario, it would also be risky for customers who relied upon it and so failed to provide their own domestic geological repository.

Aware that Australians are divided on the nuclear industry, the royal commission acknowledges that gaining “social consent warrants much greater attention than the technical issues during planning and development”.

Then, on the same page of its report, it postulates that community support could be gained by “careful, considered and detailed technical work”. It thus creates the false impression that all social and ethical concerns can be reduced to technical issues.

Ultimately, gaining social consent is a socio-political struggle that draws only slightly on research and education on science, technology and economics. This is demonstrated by current debate in Australia on climate science, in which citizens are influenced by a print media that in many cases is biased towards denial, and a Coalition government that contains several vocal climate sceptics.

Indigenous Australians have successfully opposed for 20 years an above-ground dump for low-level national nuclear waste on their land at Muckaty in the Northern Territory. Indigenous communities are already mobilising, together with environmentalists, to resist very strongly any development of intermediate- and high-level repositories in South Australia. The social impacts of a low-level waste dump are bad enough, but would be dwarfed by the social, physical and financial impacts of a high-level waste repository.

One of the assumptions underlying the royal commission’s ethical argument is that nuclear power will continue to be a low-carbon energy source.

However, the life-cycle CO₂ emissions from conventional nuclear power will increase greatly as high-grade uranium ore is used up and low-grade ore is mined and milled with fossil fuels. This limitation could be avoided only if mining and milling are done with renewable energy or if new fuel is produced in fast breeder reactors, but neither of these options appears likely on a commercial scale within the next 20 years.

Third, it assumes that it is ethically a good thing to foster the expansion of an energy technology that has risks with huge potential adverse impacts, possibly comparable in magnitude to those of global climate change.

The risk with the highest impacts could be its contribution to the proliferation of nuclear weapons (for details see the Nuclear Weapon Archive and chapter 6 of Sustainable Energy Solutions for Climate Change) and hence the likelihood of nuclear war that could cause a nuclear winter.

In a country that is divided about nuclear power and where the annual economic value of uranium exports is a modest A$622 million (roughly equal to Australia’s cheese exports), the origin of the nuclear waste proposal is puzzling and inevitably involves speculation.

However, one could suggest the political influence of BHP-Billiton, owner of Olympic Dam in South Australia, Australia’s largest uranium mine and the second-largest in the world, and Rio Tinto, owner of the Ranger uranium mine in the Northern Territory.

A global nuclear waste site would lock future generations of Australians into an industry that is dangerous and very expensive. It’s unlikely to gain social consent from Indigenous Australians, or indeed the majority of all Australians. Given the risks, it would be wise not to proceed.

Fixing the gap between Labor's greenhouse gas goals and their policies