For her research showing that people with dementia lose their ability to imagine the future, cognitive neuroscientist Muireann Irish has been awarded a $25,000 L’Oréal-UNESCO Fellowship. 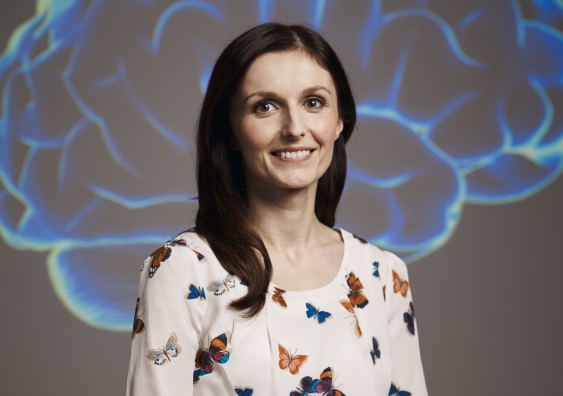 For her research showing that people with dementia lose their ability to envisage the future, not just remember the past, UNSW cognitive neuroscientist Muireann Irish has been awarded a $25,000 L’Oréal-UNESCO For Women in Science Fellowship.

Dr Irish, an ARC DECRA fellow in UNSW Psychology based at Neuroscience Research Australia, has also discovered which parts of the brain are essential for imagining future events, such as knowing to take the keys when leaving the house, or planning a holiday.

Her research is contributing to the development of practical changes in the way caregivers can interact with people with dementia to improve the quality of life of patients as well as reduce the burden on caregivers.

Dr Irish and three other early career female researchers will be presented with their awards tonight by Managing Director of L’Oréal Australia and New Zealand Rodrigo Pizarro and Karen Andrews, Parliamentary Secretary to the Minister for Science and Industry, at a dinner in Sydney

Tomorrow, more than 300 schoolgirls will attend a Girls in Science forum at UNSW where they will meet Dr Irish and the three other fellowship winners.

The school students will then tour UNSW Science laboratories, carry out a variety of hands-on experiments, and meet some of the faculty’s leading scientists, including Scientia Professor Michelle Simmons, Scientia Professor Veena Sahajwalla and Professor Angela Moles.

Dr Irish, who grew up in Ireland, says her family history helped set her on her career pathway.

“As a child I was always interested in memory because I found that I could remember things that a lot of my friends couldn’t. On the other hand, I watched my grandmother succumb to Alzheimer’s disease,” she says.

“And so it propelled me to start thinking about how memory is so fragile, and what we can actually do in terms of studying it, and hopefully treating it.”

While she has focussed so far on studying individual structures in the brain, she plans to use the fellowship to look at the whole brain and work out which neural networks are disrupted by dementia.

“Ultimately, I aim to comprehensively map the neurobiological changes which underlie the devastating loss of uniquely human cognitive functions,” she says.

Having taken maternity leave last year, the fellowship will be vital in helping her continue to build her own research team, as well as gain international exposure for her work: “It will provide me with funds to attend one of the biggest memory conferences, which will take place next year in Europe.”

“Muireann’s groundbreaking research is helping tackle one of the biggest problems facing society and could lead to better care for people with dementia,” he said.

“We are also very pleased to host an event where schoolgirls can be inspired by meeting the L’Oréal-UNESCO fellows and some of our top UNSW researchers.”

Last year, Dr Irish won a NSW Young Tall Poppy Science Award. In 2013 she received the Dean’s Award for National Achievements in Research, and she was also the recipient this year of a Dean’s Carers Fellowship, which is offered to UNSW Science researchers whose careers have been interrupted through full-time carer status for at least six months.

The global L’Oréal-UNESCO For Women in Science program recognises accomplished female researchers and assists young female scientists progress their career. The awards have recognised more than 2250 women in 110 countries in the past 17 years.

Still Alice: a rare look at how dementia steals memories from millions