Rebecca Morelle, global science correspondent for BBC News in London, is the inaugural recipient of the Ingenuity Fellowship, the Faculty of Engineering’s Journalist in Residence Program. 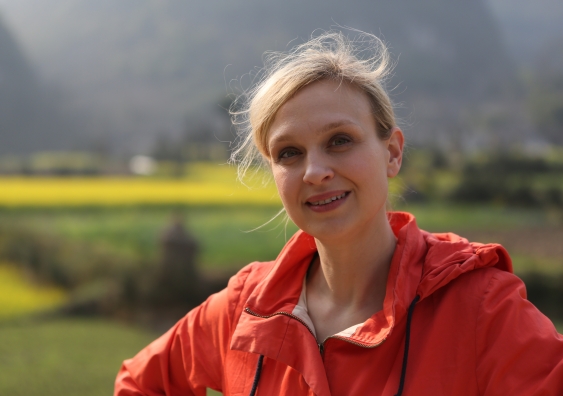 Rebecca Morelle, global science correspondent for BBC News in London, is the inaugural recipient of the Ingenuity Fellowship, the Faculty of Engineering’s Journalist in Residence Program.

“This is a fantastic opportunity, and to say I’m delighted is an understatement,” said Morelle, a London-based science journalist who covers international science for BBC’s various TV, online and radio arms.

“Reporting on a field that I love in a fast-paced newsroom is fascinating, exciting and fulfilling,” she added. “But working in news also means having to dip in and out of subjects as you leap from one story to the next. The prospect of spending time totally immersed in the world of research, speaking to scientists and engineers, seeing their work first-hand – all without the pressures of looming deadlines – is extremely appealing.”

Morelle graduated from the University of Oxford in 2001 with a first class degree in chemistry and, with colleague Stuart Denman, won the 2017 AAAS Kavli Science Journalism Gold Award for TV Reporting in Boston for their coverage of climate change on BBC World.

She will spend three weeks at UNSW’s Kensington campus in Sydney, visiting laboratories and meeting key researchers, and deliver a public lecture at the end of her stay.

“There’s amazing research going at UNSW and, although it’s often among the world’s best, it doesn’t always get noticed outside of Australia,” said Mark Hoffman, UNSW’s Dean of Engineering. “If we are to have the greatest impact in the world at large, as a university and as engineers, we need to get our research out to the world.

The response to the Ingenuity Fellowship from science journalists around the world has been encouraging, he added: “We’re proud to be attracting leading journalists from the world’s top media organisations to UNSW, and hope to host many more in the years ahead.”

The Ingenuity Fellowship is to be offered twice a year to overseas journalists, with applications for the next one being offered in August. Science journalists from Italy, the United States and Britain – working for outlets such as New Scientist, U.S. News & World Report, Le Scienze, Newsweek and Wired – were in the first round of applications.

Morelle begins her three-week visit to UNSW this week.