Scientists will be able to detect cancer earlier from blood samples after advances were made in detecting microRNA molecules using gold-plated nanoparticles. 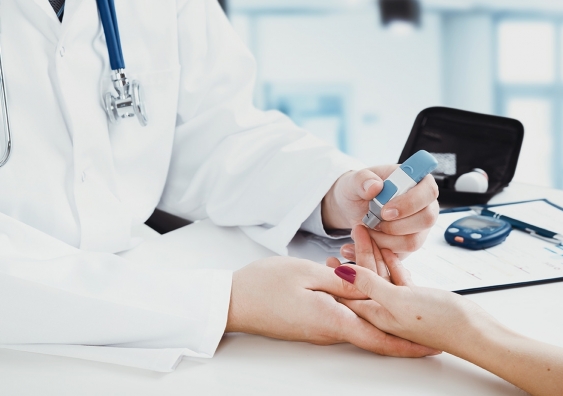 The new technology has the potential to determine the levels of microRNA from just a finger prick blood test. Picture: Shutterstock

UNSW researchers have discovered a new way to detect ultralow levels of microRNA in a blood sample which could make diagnosis of cancer and other illnesses quicker and more efficient.

The research team used nanoparticles to latch on to the targeted microRNAs (miRNAs) which enabled them to be easily extracted. One of the main benefits was that it was effective even when the miRNA was in minuscule amounts in the blood sample. Previously, a much larger sample was needed to extract similar amounts.

MicroRNAs are short RNA molecules that target some messenger RNAs (genetic material used to synthesise proteins) to prevent them from coding for a specific protein. Impaired miRNA activity has been linked with the formation of cancerous tumours as well as metastasis, the spread of cancer to other parts of the body.

In the paper published today in Nature Nanotechnology, the researchers reported modifying gold-coated magnetic nanoparticles (Au@MNPs) with DNA to match the miRNA they wanted to detect.

“Now we get more of the microRNA because the dispersible electrodes capture nearly everything in the sample,” Professor Gooding said.

“Because the capture is so effective, we get higher sensitivities and can detect much lower limits.

“And since we bring them back to the electrode under a magnet, our response time is much faster.”

One of the advantages of being quicker is that it will cost less.

“It could be orders of magnitude cheaper. Our method takes 30 minutes compared with almost 12 hours for quantitative polymerase chain reaction,” Professor Gooding said.

“This is really important to determine whether the levels of different microRNAs have increased or decreased,” Professor Gooding said.

“We can do this very quickly compared with the gold-standard nucleic acid amplification methods. And we can do it in unprocessed blood.

“What this means is the technology has the potential to determine the levels of microRNA just from a finger prick test.”

Professor Gooding said he would expect the technology to be available within three years, pending regulatory approvals. 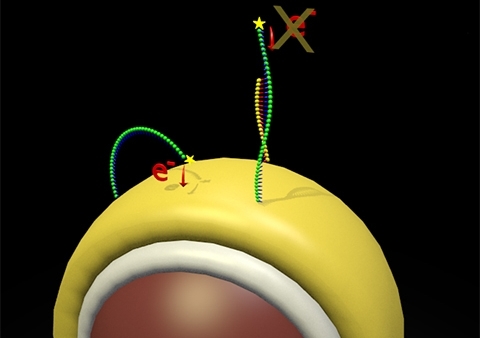 A computer representation of the gold coated nanoparticles that make up the dispersible electrodes. These are modified with DNA that gives an electrochemical signal. When microRNA binds, the electrochemical signal is switched off. The magnitude in the change in current is related to the concentration of miRNA.

Why Australia should reform medical negligence