Can positive psychology change the world?

If we want to change the world for the better, we need to learn how to act wisely, a new book says. 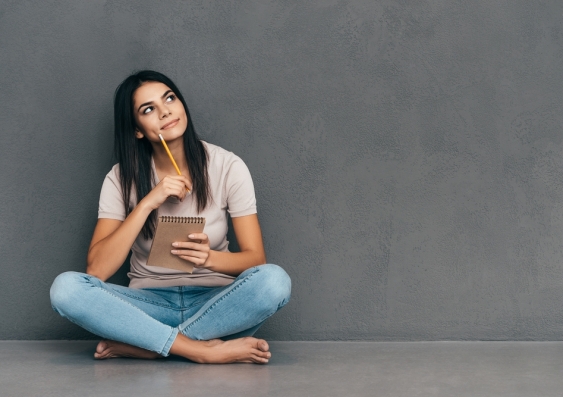 The book says an open mind, open heart and clear thinking are three core capabilities that underlie wise action, which can help people and groups change the world for the better. Image: Shutterstock.

Addressing the social and global issues that confront us can only be achieved by shifting our focus from ‘me’ to ‘we’, and from short-term to longer-term thinking, UNSW Sydney’s Visiting Professorial Fellow in the School of Psychology, Felicia Huppert says.

“Ideas from positive psychology that have been shown to benefit individual flourishing have the potential to create flourishing at collective and societal levels,” she says.

The book is about hope and a call to action to make the world better for us all.

“Our aim is to inspire readers to see why we urgently need a different approach to how we live our lives and to begin to make changes individually and with others,” she says.

Prof. Huppert suggests one reason action on climate change has been slow to take off is that it has been mainly fueled by fear.

“Yet fear paralyses, while the positive emotion of hope can energise individuals, communities, and wider society,” she says.

“When enough ordinary people come together to demonstrate their support for a cause, such as School Strikes for Climate Justice, Black Lives Matter and the Women’s March4Justice, then politicians start to listen. So even though every small step that an individual takes can make a difference, the major problems of our world can only be solved when people come together and act collaboratively.”

The book is based on evidence from psychology and neuroscience about what leads to human well-being, and how our well-being creates a positive ripple effect on those around us and the world we live in. Personal well-being matters, she says.

“It’s about leading a happy and fulfilled life, and this includes having a sense of meaning – the sense that we are contributing to something beyond ourselves.”

But it’s not about feeling positive all the time. “We can only function at our best when we are able to manage the difficult experiences, as well as appreciating the positive ones.

“A fair and sustainable society will only be achieved through acting collaboratively and holding governments to account,” she says. “Only by acting together can we solve the big problems in the world.”

If people and groups want to change the world for the better, they need to learn or be trained how to act wisely, she says.

“Wise action is understanding the complexity of a situation and choosing to do what brings the greatest long-term benefit for us and others.”

The three core capabilities are an open mind, an open heart and clear thinking.

“Open mind is noticing what is happening as it unfolds from moment to moment, within us and outside us – in other words, mindful awareness,” she says.

“Open heart is acting with kindness and compassion towards ourselves and other living beings.

Clear thinking is making careful evaluations of information, including being willing to recognise bias, both in ourselves and others.”

The good news is that people can be trained in these principles and capabilities.

“Training in mindfulness opens our mind to whatever we are experiencing and helps us to manage difficult experiences by acknowledging them, and by pausing before responding rather than simply reacting.”

She says it only takes 10 minutes a day of intentional practice to produce noticeable changes.

“Mindful listening is one of the greatest gifts we can offer another person, and there is growing recognition of the importance of mindful leadership and mindful social action,” she says.

“When we open our hearts and act with kindness or compassion, it connects us to others, and this connection can benefit other people and other living beings.

“When people act kindly and with compassion this triggers the reward centres in their brains.”

Prof. Huppert says thinking clearly helps us make informed decisions, “a capacity which has been so important during COVID and is key to identifying fake news and disinformation – since none of us likes feeling duped”.

How our values can align with our actions

Prof. Huppert says there are many examples of how our values can align with our actions in people’s attitudes and behaviours towards the environment.

“Most people value nature, the preservation of species and pristine environments, yet so many do not act in ways that benefit the environment,” she says.

“This can lead to feelings of discomfort and even shame. By contrast, a growing number of people act in pro-environmental ways that are consistent with their values. Examples include thoughtful patterns of consumption and waste disposal. This alignment between values and actions makes them more likely to feel at peace with their actions, and even take pride in what they do, individually and collectively.”

“But when people come together and act collaboratively – with wisdom, courage and realistic hope – we can create a flourishing, fair and sustainable world.”

Creating The World We Want To Live In: How Positive Psychology Can Build a Brighter Future is published by Routledge.