Research on limestone formations in a remote Scottish cave has produced a unique 3000-year-long record of climatic variations that may have influenced the fall of the Roman Empire and the Viking Age of expansion. 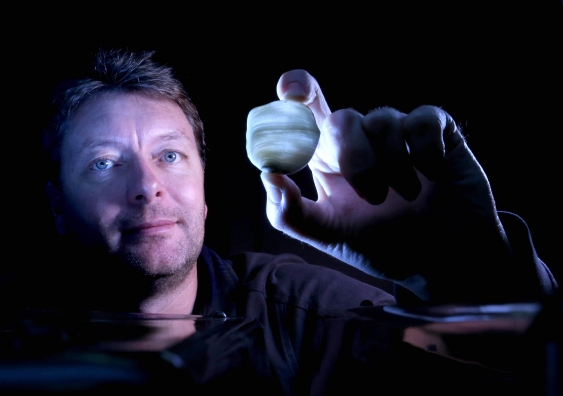 Research on limestone formations in a remote Scottish cave has produced a unique 3000-year-long record of climatic variations that may have influenced historical events including the fall of the Roman Empire and the Viking Age of expansion.

The UNSW-led study of five stalagmites in Roaring Cave north of Ullapool in north-west Scotland is the first to use a compilation of cave measurements to track changes in a climate phenomenon called the North Atlantic Oscillation.

“Our results also provide the longest annual record of this important phenomenon, which has a big impact on the climate in Europe,” says study leader, UNSW Professor Andy Baker.

“It confirms that the during the Medieval Warm Period between 1080 and 1430 the oscillation index was in an unusually prolonged positive phase, which brings increased rain to Scotland and drier conditions in the western Mediterranean,” says Professor Baker, of the UNSW Connected Waters Initiative Research Centre.

“Our results also reveal there was another persistent positive phase between 290 and 550, which coincides with the decline of Rome and a period of intensified human migration in southern Europe during the Dark Ages.

“This was followed by a persistent negative phase between 600 and 900 which may have provided warm and dry conditions in north-western Europe that made it suitable for westward expansion by the Vikings, although the precise timing of this event is contested.”

The study is published in the journal Scientific Reports.

The North Atlantic Oscillation climate index measures the air pressure difference between Iceland and the Azores islands off the Portuguese coast, and is a record of the strength of the westerly winds in the North Atlantic.

Roaring Cave, or Uamh an Tartair, in north-west Scotland, is a shallow cave beneath a blanket of peat that has accumulated during the past 4000 years.

Rainfall levels in this region closely correspond with the strength of the oscillation index in winter, with higher precipitation when it is positive. And the upward rate of growth of stalagmites in the cave is very sensitive to rainfall – the more water in the peat, the more slowly the stalagmites grow.

“We painstakingly measured the thickness of each annual growth ring in five stalagmites taken from the cave, including one that provides a continuous annual record spanning more than 1800 years,” says Professor Baker.

By overlapping the five stalagmites they obtained a proxy record of the climate at the cave during a 3000-year period from about 1000 BC to 2000 AD.

“Our research provides a climate context for some of the big human migration events in Europe and allows us to start building hypotheses about the impact of environment on societal change,” says Professor Baker.