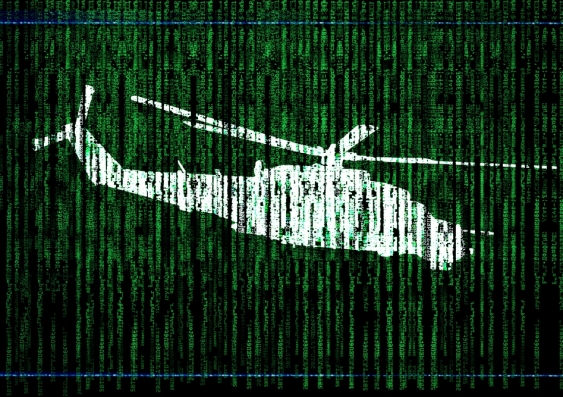 OPINION: Australia’s armed forces are among the top ten exploiters of digital technology in the world. Until now that has been largely confined to espionage, and use of precision guided weapons, rather than widespread use of cyber and information weapons.

But last Friday, when the government announced the creation of a new Information Warfare Division, they took the first radical step into a new age of cyber-enabled war capability.

This announcement heralds more than just a formal entry of the Australian Defence Force (ADF) into the information age. It foreshadows quite radical change over the long term, and even in the immediate present, not least in new command arrangements. A reporting line will operate direct from a new Joint Capability Group (including the Information Warfare Division) to the Chief of the Defence Force.

The debate about a national shortage of cyber skills in Australia’s civil sector will now take on new urgency as Defence competes for recruits.

Australia already has a potential capability for cyber strike against enemy forces on the other side of the planet. But in 2030, when Australia launches what Prime Minister Malcolm Turnbull refers to as our “regionally superior submarines”, China may well have perfected a military version of its undersea robot that would be able to attach itself to the hull of the submarines and walk along the outside of the vessel.

This futuristic perspective helps to explain why the new Australian Information Warfare Division is needed. It will be commanded by a Major General with a PhD in cyber security and special forces background, Marcus Thompson. According to Defence, he will be responsible for four branches: Information Warfare Capability, C4 and Battle Management Capability, Capability Support Directorate, and the Joint Cyber Unit. C4 is command, control, coordination and communications.

Moreover, the ADF has created an even more senior post to link Thompson’s job directly to the Chief of the Defence Force, a reporting line equivalent to the chiefs of the single services (Army, Navy and Air Force). Thompson will report to the “Commander Joint Capabilities Group”, the first incumbent of which is Air Vice Marshal Warren McDonald, currently an equivalent rank to Thompson’s. McDonald’s new post may be upgraded in due course to be equivalent in rank to the chiefs of the army, navy and air force.

This role will be a fairly close equivalent to the commander of China’s new Strategic Support Force, announced in December 2015 to deliver on the Chinese official view that “outer space and cyber space are new commanding heights of international security competition”.

To populate this brave new world of the ADF in 2030, the new Information Warfare Division is starting with modest personnel goals. According to the ABC, it will start initially with 100 posts, with plans to grow to 900 by the end of the decade.

The personnel pool needed to sustain these 900 posts in ten years’ time does not now exist. The ADF is pushing forward while devising a sustainable staffing strategy, determining the skill sets needed and even creating new types of “billets” (job specs). Over the coming decade we will see growth in formal education and training for information warfare (including cyber operations), which is a very different mission set from classic cyber security.

Based on my experience, we can estimate that to achieve the 900 target by 2027, the ADF will need to set up new training and education programs no later than 2020. A workforce of 900 posts probably needs a supply pool of at least 3,000 trained in the same roles to service leave, reassignment to other military posts outside the Division, and other sources of turnover, not to mention possible mobilisation for war.

We will see interesting novel mixes of military and civilian posts, including defence contractors in the new cyber division, some of whom will be foreign nationals. The ADF already depends on foreign contractors, alongside Allied military personnel, to support military cyber operations.

The budget challenges of this transition will be easily met. For Defence, a new annual allocation of even $1 billion would go a long way. The tougher challenge will be the decade of organisational and culture change that will be needed in the ADF. This will not occur without strong leadership from the government, whichever party is in power.

As Maj. Gen. Thompson noted in an article in the Defence Force Journal at the end of 2016, “an additional layer of actionable policy is required to ensure appropriate implementation at the operational and tactical levels”. The government’s work on cyber warfare is only just beginning, so the parliament will need to pay much more attention to this than it has so far.

A little-noticed article in the same issue of the journal by Professor David Lovell sets another tough agenda for the ADF and government. Invoking the concept of “strategic corporal”, Lovell argues that defence chiefs should spend as much time and political capital on shaping the workforce of the future as they do deciding major equipment purchases. This need helps to explain why the ADF division responsible for the Defence Force Academy and staff colleges – currently called the Australian Defence College and led by Maj. Gen. Simone Wilkie – will also report to the commander of the new Joint Capability Group.

Australia is now positioning itself better to conduct war and warlike operations alongside its high-tech cyber ally the United States, as part of the most powerful military alliance in human history. China and Russia are marginally ahead of Australia in organisational terms for the new demands of cyber war, but if the ADF gets the information transition right, we will be better defended than ever before, even in the face of armed forces with superior conventional forces.