Scientia Fellow Angelica Merlot is determined to outmanoeuvre some of the deadliest cancers. 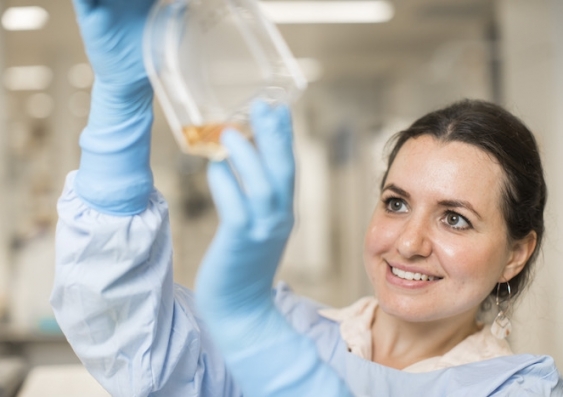 Dr Angelica Merlot has achieved what many medical researchers could only accomplish in a decades-long career.

She completed a PhD in anti-cancer drug development at the age of 24. Four years later, she became the youngest recipient of a National Health and Medical Research Council Grant.

Now, at 29, she leads a research team at UNSW Sydney exploring targeted treatments for some of the deadliest forms of cancer.

The UNSW Scientia Fellow, who is based at the Children’s Cancer Institute, this year achieved another first: in March, she received the NSW Young Woman of the Year award for her work developing new targeted medicines that combat drug-resistant cancers and cancer spread, with a specific focus on pancreatic and brain cancer

“The power of research is that every day you can discover something new, solve problems and push barriers using your curiosity to address some of the major health issues in the community,” Dr Merlot says. “For me, a career in medical research is about a lifelong discovery and education.”

Dr Merlot received her award at a ceremony in Sydney for the NSW Women of the Year Awards. The Premier, Gladys Berejiklian, congratulated the winners and finalists in seven nominated categories. “Your achievements,” Ms Berejiklian said, “are paving the way for generations of women to come.”

Dr Merlot hopes the award will encourage more women to study science and medicine and pursue careers in health and cancer research. She believes it will raise the profile of cancers with poor survival rates and generate funding for more research.

“There are almost 150,000 people diagnosed with cancer in Australia each year. It is wonderful to be acknowledged for the work the researchers do behind the scenes,” she says.

Born to French and Syrian parents, Dr Merlot is the youngest of three girls. “My father was a high school maths teacher and my mother taught French. They encouraged us to do what we enjoyed. But also instilled a real drive to learn.”

After receiving her undergraduate degree in medical science at The University of Sydney, she went on to complete a PhD with a team that is developing metal-binding agents, a new class of anti-cancer drugs.

“In high school, I was influenced by medical television shows and my biology teacher. I think that sparked my interest in medical science in general and how each cell in the body is quite different, but they all work together as one combined unit which is so fascinating,” Dr Merlot says.

As an undergraduate she became focused on cancer research. “Seeing the impact cancer was having on the community and my family pushed me to pursue cancer research. It’s been hard work. I’m very determined and passionate and that has helped along the way.”

Her interest in aggressive cancers, such as pancreatic and brain cancer, was motivated by lack of improvement in survival rates over the past decades, largely due to late diagnosis, a lack of screening programs, low awareness of symptoms and a lack of treatment options. Pancreatic cancer has some of the lowest survival rates, often diagnosed too late and at an advanced stage, with about 90% of patients dying within five years of diagnosis. The five-year survival rate for brain cancer is about 20%. It kills more children than any other disease.

After moving to UNSW Medicine as a Scientia Fellow in 2018, Dr Merlot focused on understanding the mechanisms by which cancer cells grow and adapt to their environment, why drugs become less effective and the development of nanoparticles to improve drug delivery.

Her work into metal-binding agents contributed to a phase 1 multi-centre clinical trial in Australia, treating patients with advanced tumours. 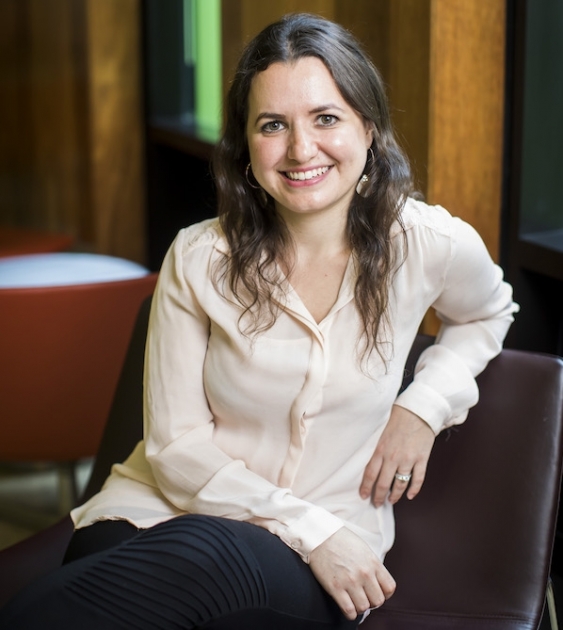 Dr Angelica Merlot: "The future of treatment won’t be about one miracle cure; it will be about a combination of treatments that will provide the best survival outcomes for each unique patient."

These metal-binding agents work on a broad range of cancer types but also target specific proteins such as NDRG1 which can act to suppress the spread of cancer.

“One of my current projects looks at developing nanoparticles prepared from a protein found in the body known as human serum albumin. We’ve seen that this protein helps the delivery of these metal-binding drugs and helps their anti-cancer activity.”

Most of Dr Merlot’s project-based work takes place at the Children’s Cancer Institute labs, at UNSW’s Kensington campus, where a typical day involves conducting experiments in the lab, working with mouse models, patient tissue, writing grants and publications and supervising staff and students.

Dr Merlot believes the next two decades of cancer research will be defined by improvements to personalised medicine through better understanding of the genetics of the disease to predict patient response to therapy.

“The future of cancer treatment will be making sure that every patient receives the right treatment for their cancer type. In the age of personalised medicine, identifying precise molecular characteristics and genetics are critical for clinicians to identify which types of drugs are most suitable and effective for each patient,” Dr Merlot says.

For breast cancer, screening programs and identifying genomic classifiers or proteins such as HER2 have been important in improving and defining treatment options for years. But for other cancers, such as pancreatic or brain, with no detection tests and complex molecular diversity, there has been little progress.

“My hope is that cancer will become a more manageable disease. Something that is less feared and dealt with like any other disease. There is significant stigma around the word ‘cancer’ – there are cancer types that are deadly, which we hope to revolutionise, but there are many cancers that you can survive or live with for many years now.”

Dr Merlot emphasises the importance of funding early career researchers, particularly in areas such as pancreatic and brain cancer that have traditionally been under-funded.

Dr Merlot’s current projects are investigating part of a human cell called the endoplasmic reticulum (ER). The ER is a type of organelle, or subunit within a cell, that has been shown to help cancers grow, spread and develop drug resistance.

“I’m looking at understanding how this part of the cell helps to induce cancer progression. This knowledge will help to identify new targets and therapeutics to stop the advancement of cancers,” she says.

Some of the major advances in cancer now, says Dr Merlot, are understanding the tumour itself – how it consists of more than just cancer cells but other important cells that help the cancer adapt and survive. A major area of advancement is immunotherapy and understanding of the interactions of the immune system with cancer. Immunotherapy can help boost the immune system to attack the cancer.

“We are understanding more about the genetics of the disease and, with a more personalised approach, we are hopeful that we can improve survival rates for children and adults with cancer,” she says.