The debate about gene editing is not just whether we should allow or prohibit it. The real questions are far more subtle and interesting, write Nicole A Vincent and Emma A Jane. 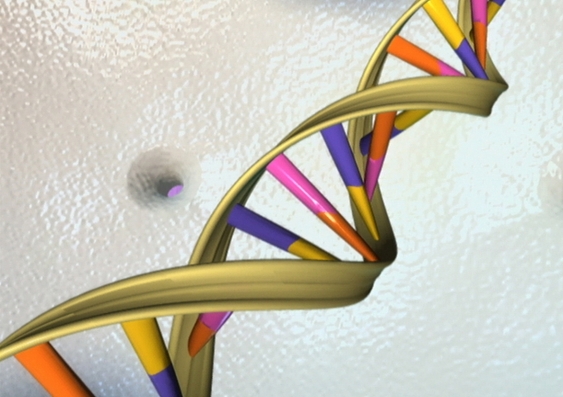 OPINION: Arguments in favour of embracing gene editing focus on how it can deliver cheap treatments and cures for some truly awful medical conditions. They contest banning the technology based on all the good it can do for people, especially the most vulnerable.

Diseases are bad, cures are great, and gene editing may indeed deliver those cures. Who wouldn’t agree with that? Indeed, who in their right minds would forgo such a great deal of good?

It’s hard to argue with any of this. But although we share these sentiments, we think it’s unhelpful to frame this as a debate about whether to allow or to ban gene editing.

A false and unhelpful dichotomy

Debates about the regulation of emerging technologies are often presented in polarised terms.

Consider smart drugs: when the question posed is whether students should be allowed to use smart drugs, it’s hard to see anything other than two options.

Either we embrace the technology with arms wide open and hope for the best – that the benefits will outweigh the costs – or we prohibit it, banish it and forgo all those benefits. Tough choice. Should it be banned or should it be allowed?

When the question is posed this way it invites false dichotomies that present only a choice between the paralysis of the precautionary principle (when unsure, do nothing) and the reckless embrace of new technologies unaided by safety nets should things go awry.

Thankfully, though, the landscape of regulation is much more interesting and textured. Making this texture explicit avoids the unhelpful dichotomy and opens up opportunities for useful regulatory responses.

The real question is not whether gene editing – or smart drugs, or any other emerging technology for that matter – should be allowed or banned, but how it should be regulated.

First, prohibition and permission are just two modes of regulation on a scale that includes at least the following: prohibit; discourage; permit; encourage; require. Why, then, limit ourselves to allowing or prohibiting when we could require, encourage or discourage?

Second, precisely who should be permitted – or encouraged, required, discouraged, or prohibited? Are we talking about scientists, physicians or the public here?

Might we not require – at least for a while – scientists to conduct research into gene editing technologies, while prohibiting everyone else from doing likewise?

Might different kinds of regulation not apply to what goes on in research laboratories, in doctors' offices and in the privacy of people’s homes?

The reason this matters is that nobody likes to be told what they can and cannot do by someone else. When the question is posed in terms of “should you be allowed to X?”, where X is something you might want, it’s hard to reply in any other way than: “Of course I should be allowed! I can make my own decision, thank you very much.”

What this debate’s really about is how you, and others like you, would like this technology to be used by people like you. It’s a debate about who should regulate whom in what way.

Why regulate that way

It’s also a debate about why and when. What criteria should be used to make the above regulatory decisions, and how often should we re-visit them?

Others have mentioned distinctly medical and bioethics-related criteria that speak of diseases, treatments, cures, safety, effectiveness, risks and costs. Notice, though, that framing the discussion in this manner predicates the use of gene-editing technology on whether something is called a “disease”.

But what is and is not a medical condition is itself a terribly murky question. We worry that this debate will only become murkier if we make therapy a condition of legitimate use of gene editing.

It also implicitly excludes a range of other non-bioethics factors from consideration. Some reasons for regulating emerging technologies might have little or nothing to do with medicine and everything to do with how we wish to live our lives. This is not because another way to live our lives would be medically advisable, but because we prefer to live in a different way.

And regardless of what regulatory decisions we make right now, might we not want to revisit this question some time later down the track? After we’ve learned from our experiences, to adjust how we regulate the emerging technology?

The heart of the matter

Gene editing is a powerful technology. But it’s unhelpful to discuss its pros and cons in terms of whether we should allow or prohibit it. And whether it is medically justified or not.

The real questions are far more subtle and interesting: who should regulate whose use and in what way? What are good grounds for regulating it in those ways? And how could we design our regulatory regimes in such a way as to ensure that some time down the track, perhaps once we’ve had a chance to experiment with the technology, we still have the option to back out, or to embrace it more fully or in another way?

Emma A. Jane is a Senior Lecturer in Media, Journalism and Communication, UNSW Australia. Nicole A Vincent is Associate Professor of Philosophy, Law, and Neuroscience at Georgia State University