Extermination of dingoes and the consequent loss of small mammals – not just overgrazing by livestock – have led to a rapid spread of woody weed shrubs across semi-arid Australia, a new study shows. 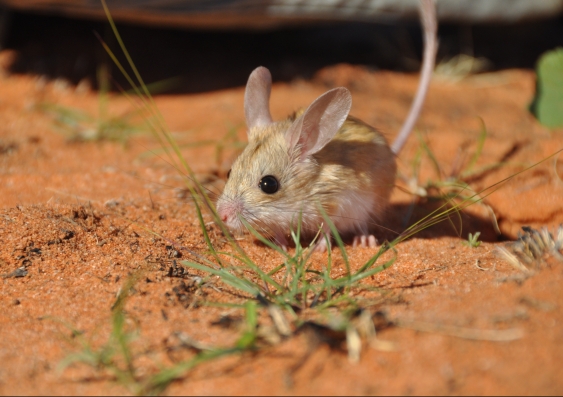 Extermination of dingoes and the consequent loss of small mammals – not just overgrazing by livestock – have led to a rapid spread of woody shrubs across semi-arid Australia, a new study shows.

Re-introduction of small mammals to desert areas could help prevent further invasion by the woody weeds, the researchers suggest.

The study in outback NSW compared conditions on either side of the dingo fence – a two-metre tall, 5,600-kilometre long fence erected more than a century ago to keep dingoes out of eastern Australia.

Dingoes are common on the western side of the fence, but rare on the other side, due to intensive control measures including poisoning, trapping and shooting over many decades. 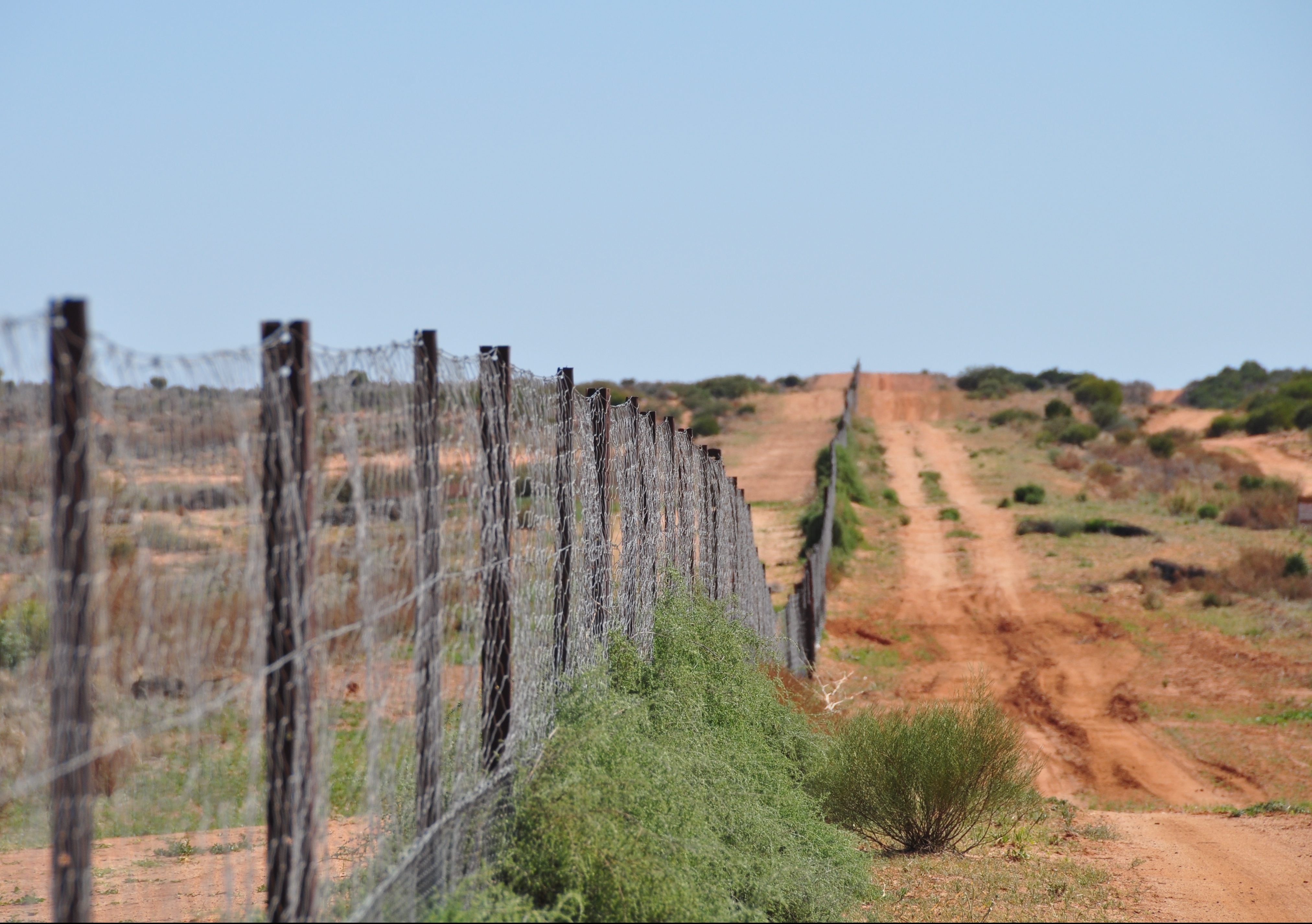 “These weeds reduce the availability of feed for livestock and hinder access for mustering. But removing them is contentious, because they are classified as native vegetation.”

They assessed four sites in the Strzelecki Desert, two on either side of the dingo fence. The results are published in the Journal of Animal Ecology.

“The fence provides a rare, large-scale natural experiment to examine the effects that a top predator such as the dingo has on ecosystems,” says Dr Gordon.

“We found that shrub cover had increased on the dingo-free side in both areas, one that had been used for livestock grazing and one that had not been grazed since the 1970s. This suggests overgrazing by livestock may not be the main cause of shrub spread, as had been thought.

“There was also a negligible increase in shrub cover in comparable areas on the other side of the fence, which suggests dingoes help reduce shrub spread,” he says.

This led the team to investigate the activity of small mammals and they found they were more common in areas where the shrubs were sparse.  They also looked in detail at the feeding habits of one small mammal, the dusky hopping mouse, and found it consumed significant amounts of woody shrub seeds.

The rate of survival of shrub seedlings was greater in areas where dingoes were rare and the rate of removal of seeds was lower there. 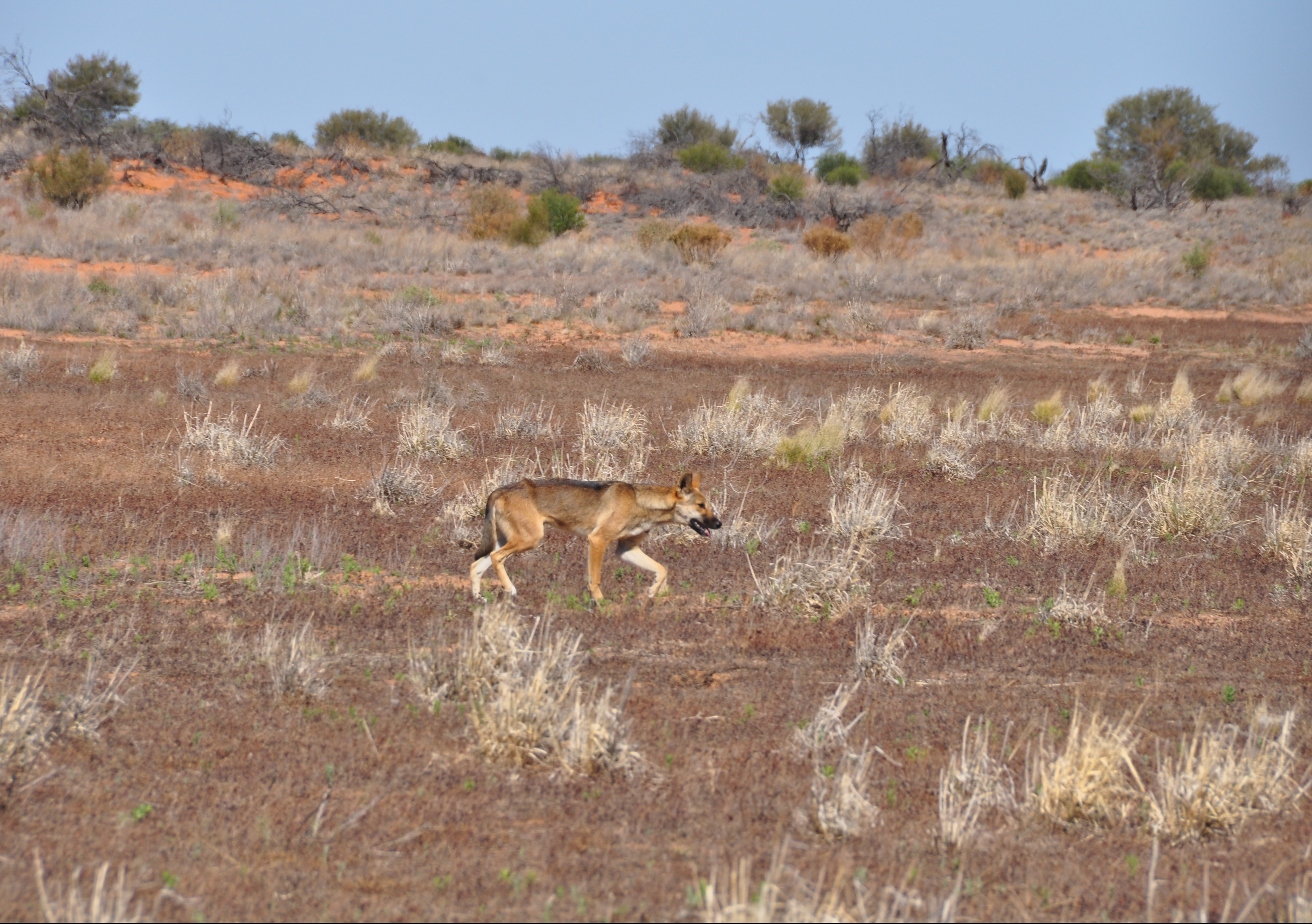 “Taken together, our results suggest a cascading effect. A loss of dingoes allows foxes and feral cats to thrive and prey on the small mammals that eat the shrub seeds. Fewer small mammals means the shrubs can spread,” says Gordon.

“This is the first study to link shrub encroachment to loss of an apex predator like the dingo, and it could explain shrub spread in many other areas around the globe.

“Rewilding initiatives that aim to conserve or re-establish small mammal populations could help stop the invasion of these pervasive weeds in Australia,” he says.

The aerial photographs were collected by government agencies in 1948, 1972, 1983 and 1999. Shrub cover was 26-48% greater in areas where dingoes were rare compared with areas where they were common.