Digging in the dirt benefits ecosystems

Bilbies, bettongs and echidnas play a beneficial role in the arid environment by foraging for food – a behaviour that alters the composition of bacteria and fungi in the soil, UNSW research shows. 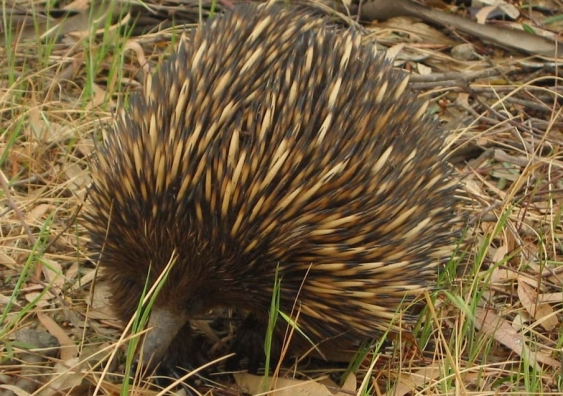 Bilbies, bettongs and echidnas play a beneficial role in the arid environment by foraging for food in the soil, UNSW research shows.

Their digging alters the composition of fungi and bacteria that produce enzymes that help break down plant and other organic matter in the soil.

“This process is critical in drylands, because it makes nutrients such as nitrogen, carbon and phosphorus available for new plants to grow,” says lead author of a new study UNSW Professor David Eldridge.

“The continued loss of these soil-disturbing animals, which are locally extinct in many areas, is likely to have a major detrimental effect on arid ecosystems and their ability to recover from degradation.”

Australia has suffered one of the highest global rates of mammal extinctions in the past 200 years, largely due to overgrazing by livestock, competition with introduced pests including rabbits, and predation by cats and foxes.

“This digging has obvious benefits such as breaking the surface crust and creating small pits where water and organic matter can accumulate in arid areas, which receive less than 400 mm of rain a year.”

They analysed samples from surface soils and from soil in new and old pits dug by bilbies and bettongs in a sanctuary in south western NSW run by the Australian Wildlife Conservancy.

The results are published in the Journal of the International Society for Microbial Ecology.

Our latest study shows the digging helps create a mosaic of different patches with a range of different microbes, all doing different jobs,” says Professor Eldridge.

The researchers also found that different animals have different effects on soil enzymes.

“Our current research shows that echidnas, which are common all over Australia, have the greatest positive effects on soil enzymes”, says team member UNSW’s Dr Jason Woodhouse.

Professor Eldridge adds: “Rabbits on the other hand have a much less beneficial impact on enzymes. This work has widespread implications for the restoration of degraded lands where rabbits are now a major pest.”