Scientists use genetics and historical records to reveal how the species pulled off one of the most infamous biological invasions of all time. 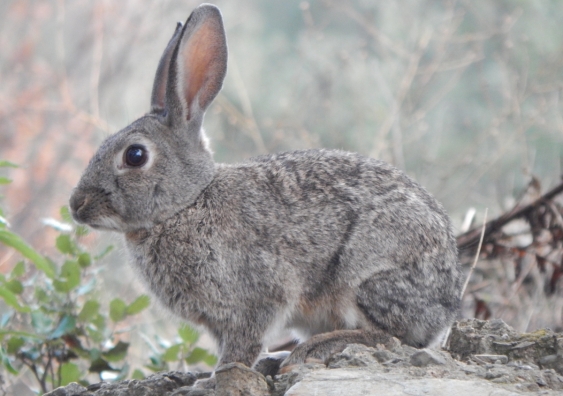 DNA analysis of wild rabbits has uncovered that just a single species introduction is responsible for Australia’s iconic ‘rabbit plague’. The study, led by the University of Cambridge and CIBIO Institute in Portugal, with collaborators from UNSW Sydney, answers longstanding questions over how rabbits executed a hostile takeover of Australia’s landscape.

Rabbits were first introduced to mainland Australia when five domestic animals were brought to Sydney on the First Fleet. At least 90 subsequent importations would be made, but none of these populations became invasive before 1859. Within the next 50 years, rabbits would spread to all corners of the country at a rate of 100km per year – the fastest colonisation rate for an introduced mammal ever recorded.

Historians assumed the ‘rabbit plague’ began at the Barwon Park estate of Thomas Austin, near Geelong in Victoria. Within three years of importing wild rabbits from his family’s land in Somerset in the UK, ‘Austin rabbits’ had multiplied to thousands. By the beginning of the 20th century, the ‘grey blanket’, as it was described, had well and truly spread to all corners of the country.

More than 150 years have passed since Austin introduced those wild rabbits. Now findings published in the Proceedings of the National Academy of Sciences (PNAS) rectify this version of events with genetic data and show invasive rabbits descended from Austin’s imports to wreak havoc across the continent.

“We often lack detailed information and accounts on the sources of where animals come from. But in the case of wild rabbits in Australia, they are very well documented as one of the most successful biological invasions in the world,” says study co-author Professor Mike Letnic from the School of Biological, Earth and Environmental Sciences at UNSW Science.

“Now, research shows a genetic pattern in Australia’s rabbit populations consistent with the reported expansion and demonstrates that certain genetic types can be predisposed to be successful invaders.” 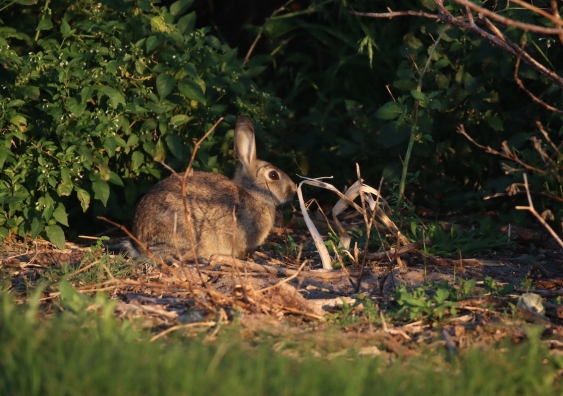 The wild rabbits were likely better adapted to the natural environment due to their wild origins. Photo: Mike Letnic.

While several factors contribute to biological invasions, including the number of individuals, the number of introductions and environmental change, the new findings indicate the genetic composition of those animals can be just as influential.

“Environmental change may have made Australia vulnerable to invasion, but it was the genetic makeup of a small batch of wild rabbits that ignited one of the most iconic biological invasions of all time,” says lead author Dr Joel Alves, a researcher at the University of Oxford and CIBIO Institute.

Wild rabbits with the genetic recipe for destruction

In the study, the researchers analysed historical records alongside new DNA collected from 187 European rabbits – mostly wild-caught across Australia, New Zealand, Britain and France between 1865 and 2018. They found evidence that most mainland Australian rabbits derive from the single introduction of 24 wild rabbits by Austin, likely better adapted to the natural environment due to their wild ancestry.

“We managed to trace the ancestry of Australia’s invasive population right back to the South-West of England, where Austin’s family collected the rabbits in 1859,” says Dr Alves. “Despite the numerous introductions across Australia, it was a single batch of English rabbits that triggered this devastating biological invasion, the effects of which are still being felt today.”

The researchers found as the rabbits moved further away from Barwon Park, genetic diversity declined, and rare genetic variants – the kind that occurs in rapidly growing populations – became more frequent. They also found evidence of additional introductions that established local populations but had not spread geographically.

“For example, rabbits first introduced in Sydney haven’t spread beyond, partly because of their domestic origins. Whereas wild rabbits are found all over the country,” Prof. Letnic says. “The time lag from the initial introduction of rabbits into Australia, and the lack of success before the arrival of the wild genotype in 1859 suggests it is specific genetic traits which acted as the trigger for the invasion.” 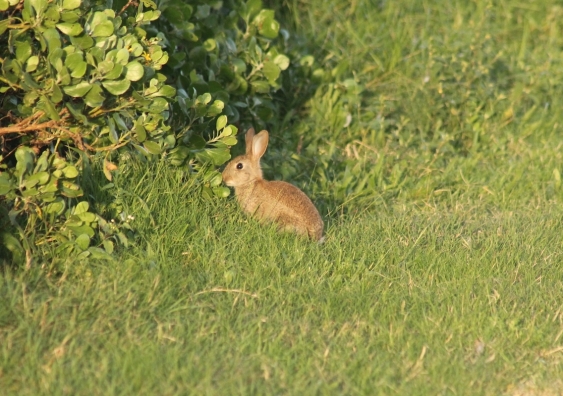 Genetics as a trigger for biological invasion

The rabbits introduced to Australia before 1859 were often described as tame, with fancy coat colours and floppy ears – traits associated with domestic breeds but usually absent in wild animals. Austin’s rabbits were described as wild-caught – a finding the study’s genetic data supports – and explains why they were better adapted to local conditions than earlier introductions.

“There are numerous traits that could make feral domestic rabbits poorly adapted to survive in the wild, but it is possible they lacked the genetic variation required to adapt to Australia’s arid and semi-arid climate,” says Professor Francis Jiggins, senior author from the Department of Genetics at the University of Cambridge.

“To cope with this, Australia’s rabbits have evolved changes in body shape to help control their temperature. So, it is possible that Thomas Austin’s wild rabbits, and their offspring, had a genetic advantage when it came to adapting to these conditions.”

Despite the construction of rabbit-proof fences, the deliberate introduction of the myxoma virus and other measures to control populations, rabbits remain a major threat to native flora and fauna to this day and cost the Australian agricultural sector an estimated $200 million per year.

“With wild animals, their breeding process is acted on by natural selection. They have a more diverse range of genes to draw on and, as this study shows, have to not only survive in the wild, but really thrive and take over,” Prof. Letnic says.

Dr Alves says their study serves as a reminder that the actions of just one person, or a few people, can have a devastating environmental impact.

“These findings matter because biological invasions are a major threat to global biodiversity, and if you want to prevent them, you need to understand what makes them succeed,” Dr Alves says.

“It highlights that we need to be very careful about bringing in animals with wild origins and releasing them anywhere in the world, as they’re more likely to succeed in an invasion context,” Prof. Letnic says. “As we move forward, we need to be more careful that we always have appropriate quarantine measures ready to try to stop new biological invasions from occurring.”