Do you have the best solar-producing roof in Australia?

Consumers curious about how much rooftop solar systems could reduce their electricity bills can now find out with the click of a mouse, thanks to an innovative tool developed by a UNSW researcher. 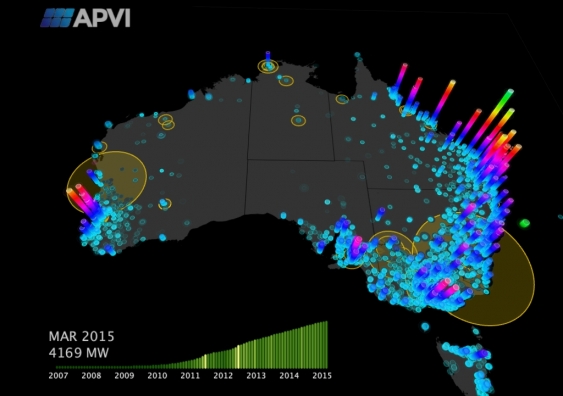 Consumers curious about how much various rooftop solar systems could reduce their electricity bills can now find out with the click of a mouse, thanks to an innovative tool developed by a UNSW researcher.

The award-winning Solar Potential Tool uses 3D spatial data to allow users to zoom down to rooftop level to assess the impact of shade from surrounding buildings and trees. The tool also calculates the tilt and orientation of roof surfaces and the solar resource available on each surface.

The tool, developed by UNSW’s Dr Anna Bruce, from the School of Photovoltaic and Renewable Energy Engineering, in partnership with the Australian PV Institute and other collaborators, is part of the Australian Solar Mapping Tools.

The map is the Australian winner of the ENERGY GLOBE Award, which will be will be presented to Dr Bruce this evening in Sydney. The prestigious international environmental awards receive 1000 submissions each year from more than 160 countries. National winners go on to preselection for the International ENERGY GLOBE Awards.

The Australian Live Solar Map uses live data from over 6000 sites around Australia to display real-time energy production from solar PV systems across Australia and how they are contributing to meeting electricity demand.

The map also provides up-to-date data on installations, energy generation and the performance of existing systems on a state and national level.

Dr Bruce says the maps are being used to inform and facilitate the ongoing investment in solar photovoltaic (PV) systems and their integration into the energy network in Australia.

“For the first time we have very good data which demonstrates how solar is contributing to the electricity grid and the impact it is having on reducing loads during peak times,” Dr Bruce says.

“More data about distributed energy generation and loads will give electricity operators, the solar industry and government more options for delivering energy services to customers in the future.”

Dr Bruce says there is growing interest from consumers, with solar system installation growing fastest in NSW. Over 40% of consumers in many postcodes in South Australia and the Greater Brisbane area now have solar systems installed.

“These new tools are allowing consumers to make informed decisions before they invest in solar,” Dr Bruce says.

The Australian Live Solar Map project is a collaboration between UNSW and the Australian PV Institute, industry partners SMA Australia Pty Ltd and Sunwiz, with funding from the Australian Renewable Energy Agency.