We all believe weather forecasters so we should trust the same scientists when they predict how the climate will change over decades, write Emma Johnston and Alex Sen Gupta. 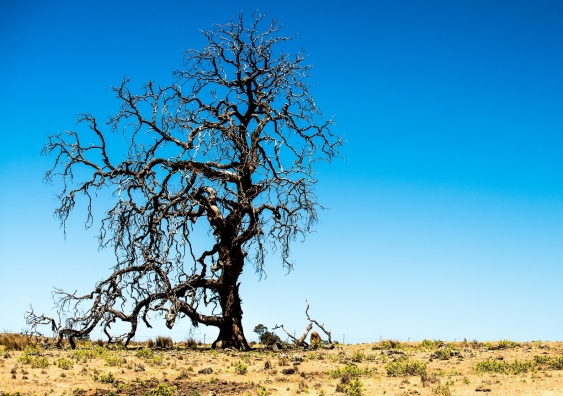 Last year was among the hottest on record, according to the World Meteorological Organisation. Photo: Shutterstock

OPINION: Today, when our weather forecasters tell us a heatwave is coming, we can be quietly confident of the time it will arrive and the temperatures that will be reached. When western Sydney broke records on January 7, hitting 47 degrees, the Bureau of Meteorology had warned us, enabling individuals and organisations to prepare. While analysis of this event is ongoing, researchers at the Australian Research Council's Centre of Excellence on Climate Extremes found a similar Sydney heatwave last year was twice as likely due to the climatic impacts of humans.

The role of forecasting is to use the best information available at the time to predict conditions, and give us time to prepare, adjust or change course. When we're talking about tomorrow's, or even next week's, weather everyone plans accordingly, without a second thought. Using seasonal forecasts, based on predictions of the El Nino Southern Oscillation (ENSO), industries and governments routinely respond months in advance to forecast patterns of rainfall and wind.

By contrast, when many of the same scientists predict how the climate is likely to change over decades, they find themselves ignored, disbelieved, disparaged or even threatened.

Yet weather, seasonal and climate forecasting all rely on much the same models (based on the same laws of physics). Climate modelling also incorporates external factors that can be estimated long into the future including – most importantly – how levels of carbon dioxide (and other gases) will change under various socio-economic conditions. Because we have a good understanding of how additional cabon dioxide affects the earth's energy balance, we can estimate its effect on the climate. This means we can forecast key trends for different regions, such as if rainfall will be higher or lower on average, if currents are strengthened or weakened, or if extreme events such as heatwaves will become more or less intense and/or frequent.

For decades, climate change forecasters have mainly been telling us what we'd prefer not to hear. Concentrations of global greenhouse gases are rising relentlessly (with the biggest hike in 2017), 17 of the Earth's 18 hottest years ever have been recorded since 2000 and the oceans off Australia's east coast are warming two to three times faster than the global average, radically altering, for example, the composition of marine species off Tasmania. Officials at the Australian Open in Melbourne were forced to consider how excessive heat was affecting, or threatening, elite players. 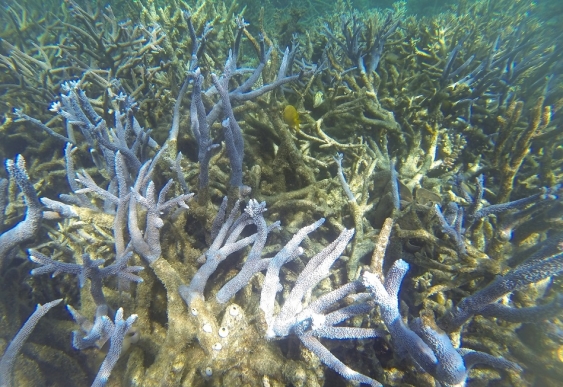 We can't ignore research that reveals the damage being done to the Great Barrier Reef. Photo: Shutterstock

Given our aversion to bad news, perhaps it's not surprising so many scientists endure damaging 'shoot the messenger' attacks. Consider the recent tirade by a Queensland tourism industry representative against one of Australia's most distinguished experts, Professor Terry Hughes, the director of the ARC Centre for Excellence for Coral Reef Studies. Hughes' latest research demonstrates that devastating coral bleaching events, due to warmer waters, are occurring too regularly for mature coral reefs to recover. It is research the tourism industry representative would like to have de-funded; presumably for fear of scaring off tourists and their cash.

Such short-term thinking – and numerous responses of a similar ilk – demonstrate a fundamental misunderstanding of the role, rigour and immense value of research and forecasting as the global climate changes. This puts us all at risk.

Next month, UNSW Sydney hosts one of the largest and most important international conferences of meteorologists, oceanographers and climate scientists focusing on the Southern Hemisphere; our critical climatic backyard. Delegates will have some complex science and modelling on their plates.

It's clear new partnerships must be forged between forecasters and climate scientists and communities, industries and decision-makers, if we are to go beyond denial and derision, to work together more effectively.

Two recent news stories remind us of the urgent need for a concerted global response. First, the World Meteorological Organisation revealed last year was among the hottest on record without the exacerbating effects of El Nino conditions boosting temperatures, reinforcing global scientific consensus that we are not merely facing natural climate variability, but the effects of human activity.

Second, Nature published a forecast of global temperature increases for this century within a narrower range than previous predictions. While is it is too early to know how important this study is, it suggests two critical things. One, that the climate's sensitivity to rising emissions is high enough to demand action. Two, that we may still have time to avoid catastrophic climate change.

Emma Johnston is Dean of Science and Professor of Marine Ecology and Ecotoxicology at UNSW. She will open the 12th International Conference for Southern Hemisphere Meteorology and Oceanography at UNSW, which runs from 5 to 9 February. Dr Alex Sen Gupta is a climate scientist at UNSW and the conference organiser.