For her excellence in road safety research and dedication to reducing road trauma, UNSW Professor Ann Williamson has been awarded the highest honour of the Australasian College of Road Safety. 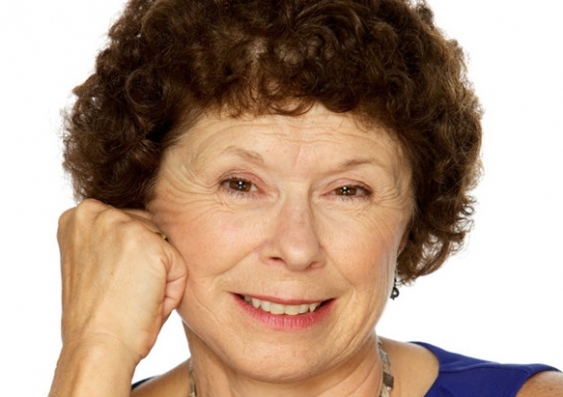 For her excellence in road safety research and dedication to reducing road trauma, UNSW Professor Ann Williamson has been awarded the highest honour of the Australasian College of Road Safety at a ceremony in Canberra.

Federal Minister for Infrastructure and Transport Darren Chester and College President Lauchlan McIntosh AM presented the 2016 College Fellowship award to Professor Williamson at a gala dinner in the Great Hall of Parliament House on Wednesday night.

Williamson, who is director of Transport and Road Safety Research in the UNSW School of Aviation, is a world authority in the area of driver fatigue and heavy vehicle safety. The ceremony took place during the College’s annual conference in front of 550 of Australia’s foremost road safety professionals and advocates. 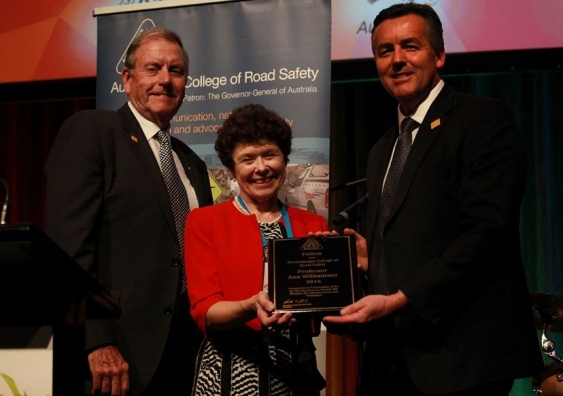 Mr McIntosh said Williamson was an outstanding advocate for road safety both in Australia and internationally.

“Professor Williamson has contributed enormously to excellence in road safety research and to providing a strong evidence base for effective road safety interventions,” he said.

“Her dedication to developing and sharing road safety knowledge has been shown through her tireless efforts to work collaboratively in the field with various injury prevention and accident research centres and researchers who work in the field of road safety.”

Williamson established the UNSW Injury Risk Management Centre in 1999 and became director of the UNSW Transport and Road Safety Research unit in 2010. She has worked closely with the aviation, rail and long distance transport agencies, as well as with government and regulators, to have fatigue recognised as an important issue requiring improved work practices and management.

“It is an honour to be awarded the ACRS Fellowship and I look forward to continuing to support the great work of the College as we aim to halve road deaths and injuries by 2020,” Williamson said.

Williamson’s personal commitment to reducing road trauma has seen her contribute her own time to various road safety and injury prevention committees and to State and Federal Parliamentary road safety inquiries.

She regularly engages with media on a range of road safety topics as an independent expert voice, and has contributed greatly to the development of the field through teaching, including PhD supervision.

In 2012 she was appointed to the newly established National Road Safety Remuneration Tribunal which was set up to reduce improve road safety for truck drivers by reducing the economic incentives for drivers to make unrealistic deadlines, cut corners on safety and maintenance, or take illicit drugs to keep them awake to get to destinations on time.

Adverts on the road could be a distraction for drivers