The light of lone stars helps astronomers trace the distribution of dark matter in massive galaxy clusters – thanks to a new method discovered by UNSW scientists. 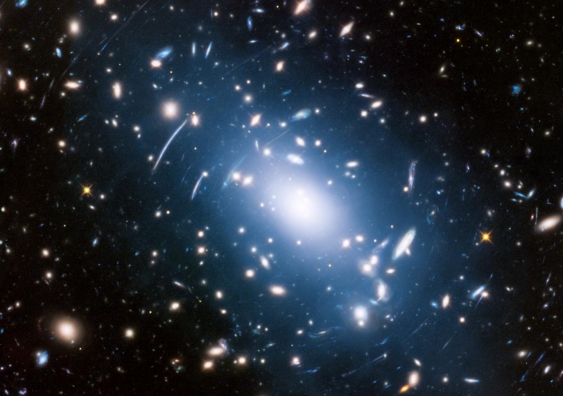 The study shows how intracluster light — the light of lonely stars — can indicate the distribution of invisible dark matter in massive galaxy clusters. Image: NASA/STScI/J. DePasquale

UNSW scientists have found a way for astronomers to map elusive dark matter – by using the light of lonely stars that drift freely in clusters of galaxies.

The faint glow of the stars accurately traces the distribution of dark matter and can help to explore the nature of this mysterious element in the universe – and it allows astronomers to run the analysis in more clusters, compared to current techniques.

The work was published in the Monthly Notices of the Royal Astronomical Society (MNRAS).

Dark matter is considered one of the main ingredients of the universe and it plays a crucial role in holding stars together in a galaxy. If you imagine a bowl holding balls, the bowl is dark matter, and the balls are stars.

But detecting dark matter is extremely difficult, because it emits no light and we can only observe how its presence affects the stars via gravity. However, dark matter makes most of the mass in clusters of galaxies.

Intracluster light is made up of stars that do not belong to any galaxy, singled out because they move very differently compared to the stars in galaxies. Instead these stars ‘float’ freely within the cluster. As you travel away from the center of a galaxy towards its outskirts, it is increasingly dominated by dark matter and this is where you find the intracluster light.

“This means that we have a luminous tracer of this dark matter and how it distributes in clusters of galaxies.”

For the study, Dr Montes used publicly available deep imaging data from the Hubble Frontier Fields Initiative, an ambitious plan to test the limits of the Hubble Space Telescope by pointing it towards deep space to take images of galaxy clusters a billion light years from Earth. Galaxy clusters are several hundred galaxies drawn together by gravity.

The result of this initiative is some of the most amazing images of the universe. The six galaxy clusters are among the most distant objects photographed by the Hubble Space Telescope.

Until now, dark matter analysis has been achieved through study of a phenomena called gravitational lensing. The cluster of galaxies acts like a lens, bending light from more distant objects. On the images it appears as an arc or ring of light.

By studying this stretching of light, it is possible to map dark matter in a galaxy cluster. However, this analytical process is hard to measure and observing the intracluster light is easier. 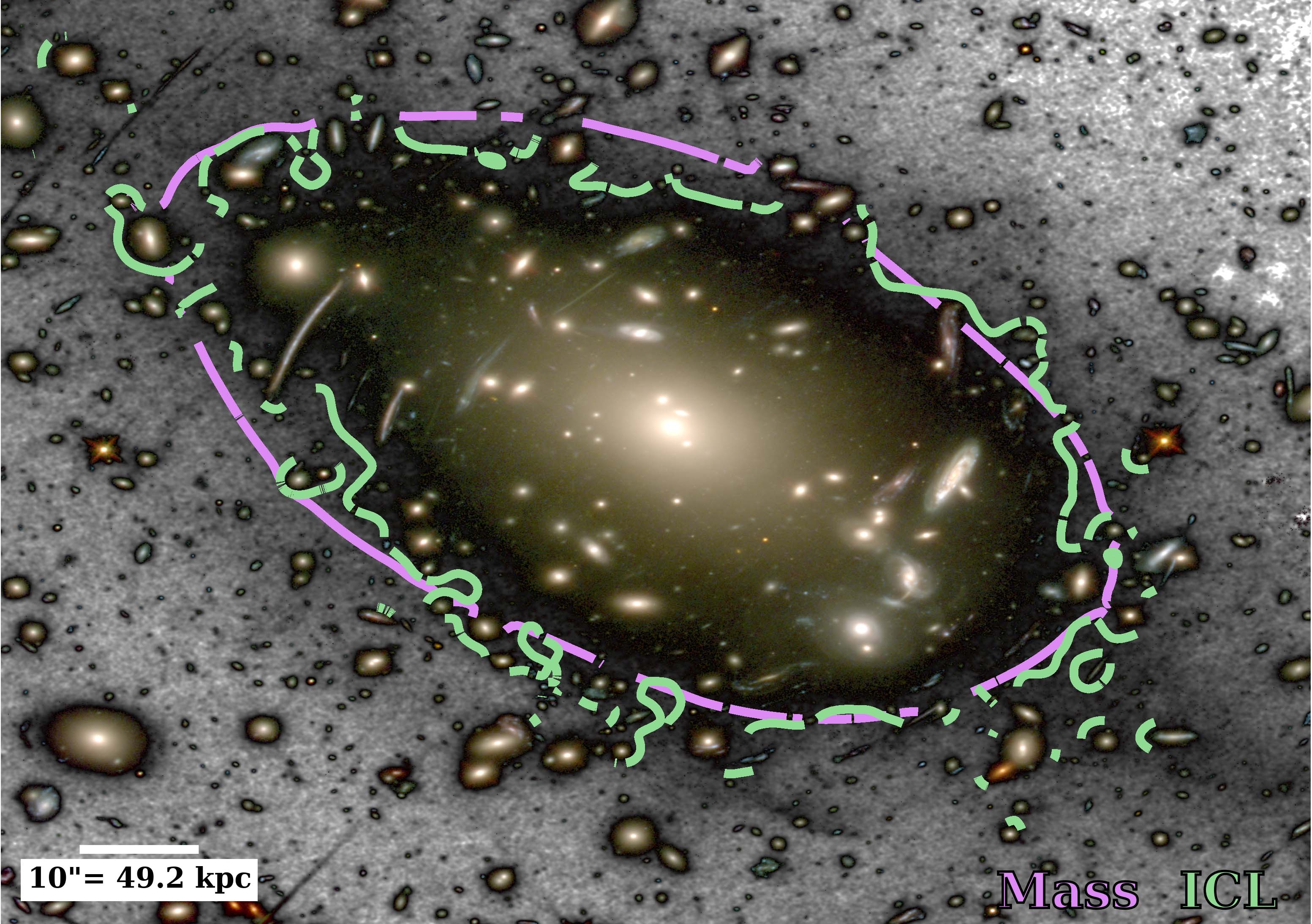 With this new method, exploring the distribution of dark matter in galaxy clusters in detail can be done with just deep imaging observations, bypassing gravitational lensing. It won’t replace gravitational lensing, but it can be an additional valuable technique to help refine existing mass maps. The team will study more clusters to see if the match between dark matter and intracluster light holds up.

“It can help the gravitational lensing community upgrade their mass maps. And consequently, it will help understand the nature of dark matter,” says Dr Montes.

The second author of the article, Dr Ignacio Trujillo from the Instituto de Astrofísica de Canarias, agrees: “This result is very inspiring. We can now see how the dark matter is distributed and compare such distribution with the results of the cosmological simulations done in supercomputers.”

Dr Montes is a member of the Women in Maths & Science Champions Program, an initiative launched by UNSW Science to support female research students and early-career scientists in becoming science communicators and lifelong advocates for women in maths and science.