Females of some species might obtain additional resources from semen, apart from sperm, and could have evolved to seek out these bonuses from having sex, according to a new theory by UNSW scientists. 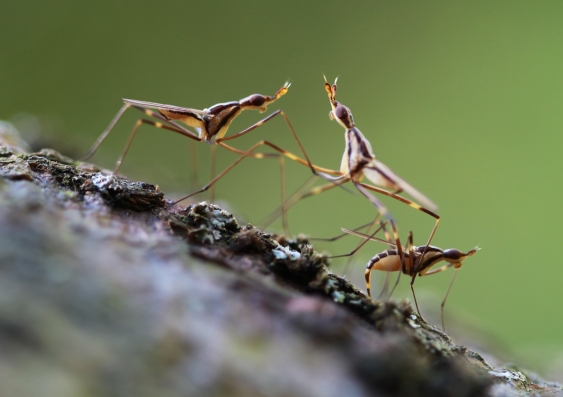 Females of some species might obtain additional resources from semen, apart from sperm to fertilise their eggs, and could have evolved to seek out these bonuses from having sex, according to a new theory proposed by UNSW scientists.

Seminal fluid – the liquid part of semen, minus the sperm – is chemically complex and contains proteins and RNA. So even the effects of a small ejaculate could be significant, giving females largely unexplored benefits from insemination, the researchers say in a review article in the journal Trends in Ecology & Evolution.

Females of most species of mammals, insects and other animals do not get any resources such as food or territory from their mates and receive no assistance with raising offspring.

“Traditionally, the idea is that when this type of mating takes place, there’s no resource transfer and there’s no paternal care. Males just contribute DNA to fertilise an egg,” says senior author and evolutionary biologist UNSW Associate Professor Russell Bonduriansky.

“But we believe there’s something else more complex going on.”

If seminal fluid plays a critical role for future offspring regardless of the father’s actual identity, then females may have evolved to exploit these benefits.

Associate Professor Bonduriansky and his UNSW colleagues, Dr Angela Crean and Dr Margo Adler, started thinking about evolutionary preferences for seminal fluid in 2014, while studying the offspring of female neriid flies which had been mated with males of varying sizes.

The team found that if a male, either large or small, mated with a female fly before she was fertile, he would pass his sperm along, but the immature eggs wouldn’t be fertilised.

The surprise came two weeks later. If the female neriid fly copulated with a second male after her eggs had matured, this second male would fertilise the eggs but the resulting offspring would resemble the first male in body size.

The lingering effects appeared to stem from chemicals in the first male’s seminal fluid, even though he wasn’t the father.

If seminal fluid plays a critical role for future offspring regardless of the father’s actual identity, then females may have evolved to exploit these benefits, say the researchers.

As well, some female animals can store semen from multiple males before allowing any of it to fertilise their eggs, and this system could have advantages, beyond holding out for the best DNA.

“Females might be choosy, even when they don’t have eggs ready to be fertilized,” says Associate Professor Bonduriansky.

The males of some species provide obvious resources to their mates. Female gibbons and hawks, for example, have evolved to choose partners that provide food, territory, or the promise of parental care, even if they’re not ready to have offspring.

But this kind of reasoning hasn’t previously been applied to species where there’s nothing but a small ejaculate being transferred.

“In some systems, mostly nematodes and mice, there’s evidence that these RNAs can play a role in early embryonic development,” he says, although the jury is still out on exactly what effects these molecules have.

Engaging the public with science can yield unexpected rewards

Another twist in the evolving story of heredity